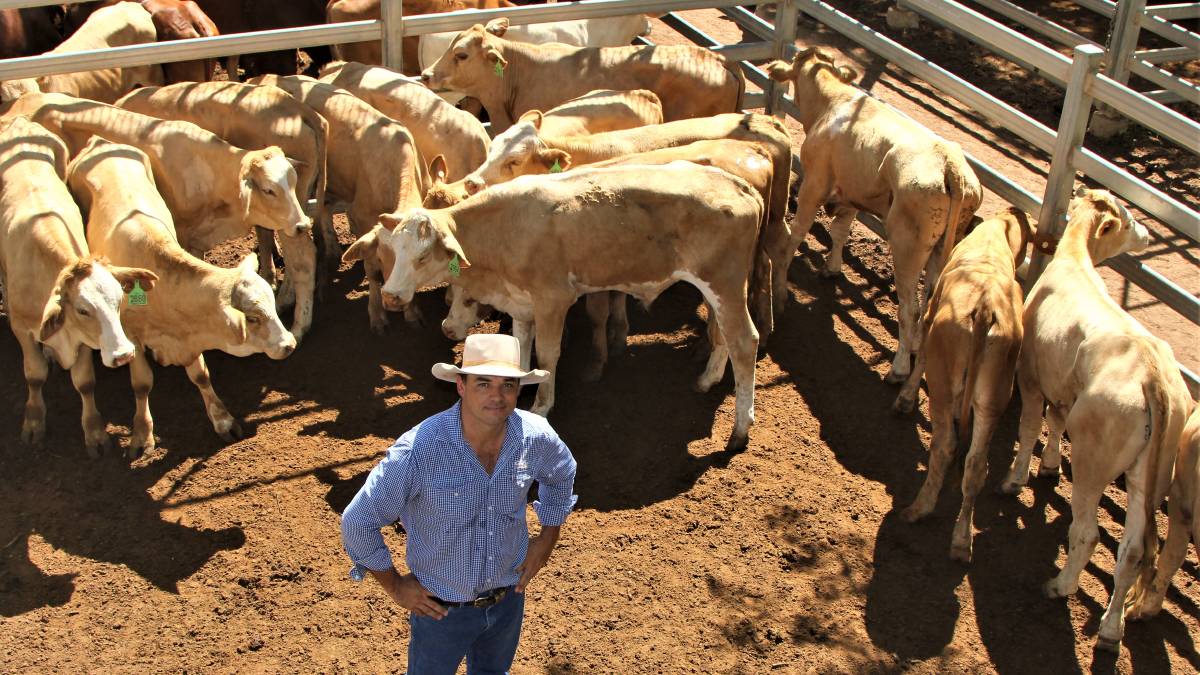 GDL Blackall branch manager Jack Burgess with one of the Thistlebank Grazing pens of No 9 steers that sold for 418.2c/kg at the opening Blackall sale of the year. Picture - Sally Gall.

The western Queensland cattle market opened very strongly at Blackall on Thursday, in all markets, when just under 1900 head were yarded.

The western Queensland cattle market opened very strongly at Blackall on Thursday, in all markets, when just under 1900 head were yarded.

Ben and Kim Simpson from Thistlebank at Aramac topped the sale with their 85 Simmental Charbray Braford cross No 9 steers, making 418.2c/kg.

The top pen of 32 Simmental cross steers, weighing an average 242kg, returned $1015/head, when they were sold to meatworks.

"Heavy fat cows made over $3 - these are prices unseen here at Blackall before," he said. "Greg and Jill Peck at Purtora, east of Blackall, sold cows for 314c/kg. Our previous highest price was 270c/kg."

As well as processors, feedlotters were very active, bidding on anything big enough to feed.

According to the Meat & Livestock Australia report, there was very good competition on all grades with local, interstate and one northern processor operating on lines of finished cattle, while strong local support saw gains on restocker lines.

A continued strong market is expected at the weaner and feeder sale on February 27, for which 3000 head are already booked.

"Supply is short," Mr Burgess said. "With a little bit of feed around now, no-one is keen to sell until their cattle are properly finished." 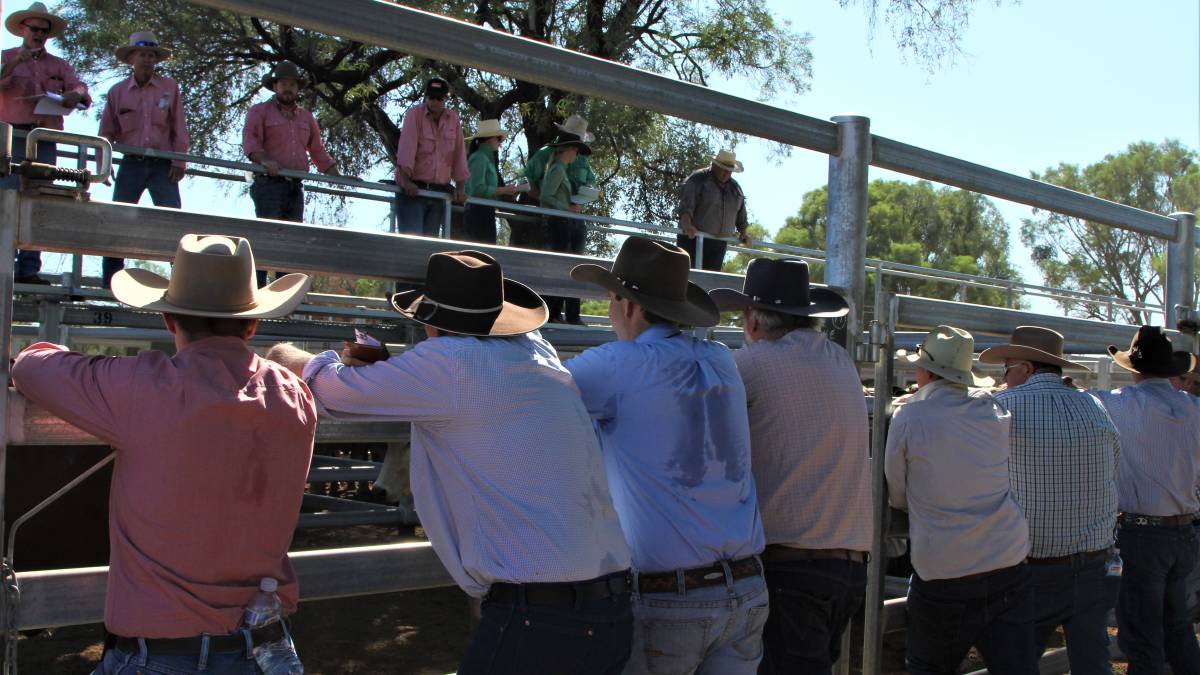