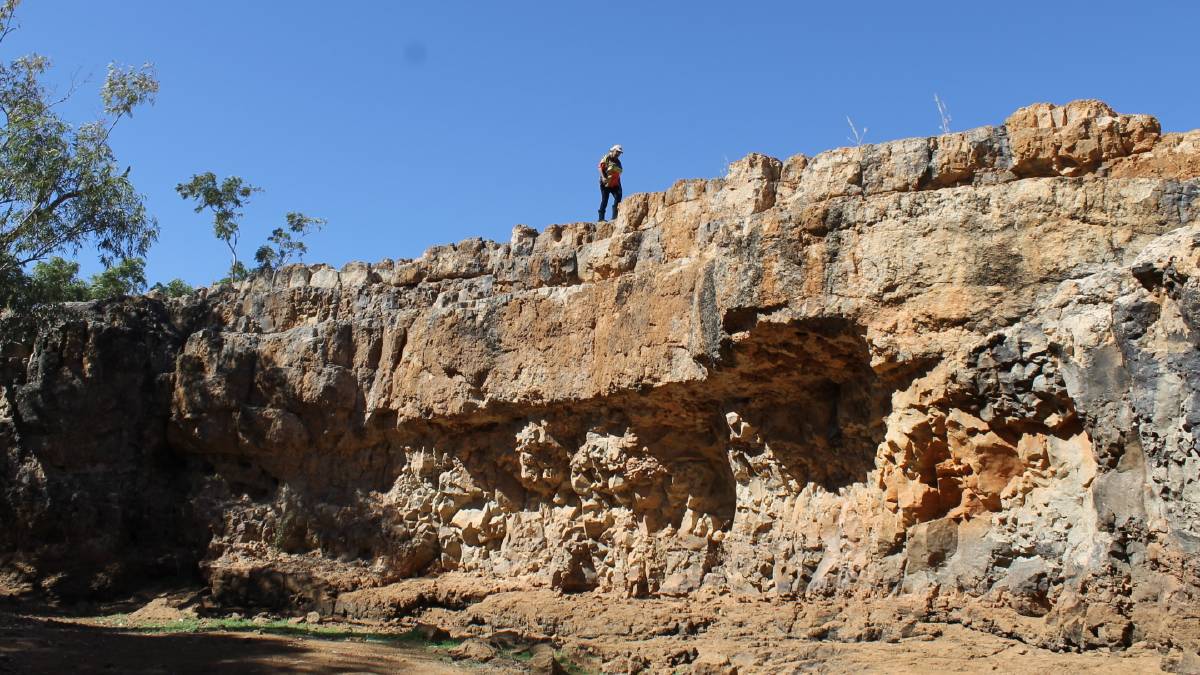 Pitta Pitta traditional owner Pearl Eatts is not happy with the way the Palaszczuk government has justified its proposed Lake Eyre Basin changes.

A traditional owner from Winton has accused the Palaszczuk government of scaremongering with its explanation for proposed changes to the Lake Eyre Basin Strategic Environment Area.

A traditional owner from Winton has accused the Palaszczuk government of scaremongering with its explanation for proposed changes to the Lake Eyre Basin Strategic Environment Area.

The plan to expand the area by 773 per cent was explained in a targeted stakeholder briefing in Brisbane just prior to Christmas, during which the Environment Department said indigenous groups were emphatically standing together to protect and manage the waterways, floodplains and groundwater of the Channel Country.

Acting executive director for conservation policy and planning Mandy Downes said 19 traditional owners from 13 First Nations groups attended a forum in Longreach on October 28-9 and endorsed a statement for the future of the Lake Eyre Basin.

"The Alliance Statement is founded in a co-development model aiming to bring government, industry and traditional owners together to understand the problems and provide a collective authority for change," she said.

"The statement also expressed support for restoring strong legislative protection and for excluding unconventional gas and other mining and resource extraction from the river and floodplain areas." Pitta Pitta traditional owner Pearl Eatts said while she agreed with the intent of the state government's over-arching Pristine Rivers plan, it had made a mistake in trying to advance the needs of one group against another.

"We were all heading in the right direction but the Palaszczuk government put the scare on," she said.

"I don't know why they want to divide us.

"At other times there has been a long consultation period and we've all shared and been on the same page."

She described the latest consultation period, from December 24 to February 14, as a joke.

"The timing sucks," she said. "The 24th of December - who makes media statements then.

"All I can see is more fights and bitterness. It'll be them and us again."

Ms Eatts said the concept of Pristine Rivers, the Palaszczuk government's version of Lake Eyre Basin regulations that would replace the Wild Rivers legislation repealed by the Newman government, was something traditional owners had been fighting for for 20 years.

"A lot of those waterholes are sacred to us and there's burial sites nearby - it's the concept of what we wanted 20 years ago," she said.

"I've seen hay balers at Middleton bring in lots of money in a good season. That doesn't impact any water source and I can't see how Pristine Rivers affects any of that.

"We all need Pristine Rivers - you can't put a price tag on water." A wet paddock near Windorah, one of the areas that could be subject to new regulations.

Moving forward with their own industries such as harvesting for traditional medicine would be facilitated by the proposed changes, according to Ms Eatts.

"But why make a media statement that sets up blackfella to be against white people.

"We can co-exist, which we always have. We have good relationships with people in charge of infrastructure."

Another traditional owner who says they have always had a good relationship with the beef industry in the Channel Country is Mithaka elder George Gorringe.

He was concerned that the aspirations of the traditional owner alliance in supporting the government's plans was being portrayed as locking up grazing land in the Channel Country.

"My father was a drover, we worked on lots of properties. Beef has been our livelihood for a lot of years," he said.

Mr Gorringe, who participated in the pre-Christmas stakeholder briefing via teleconference, said he understood the "red areas" on the map, former protected areas, would be subject to more regulation.

"The yellow area (the Strategic Environmental Area) I'm not sure about," he said.

"I feel, if you don't put something on the red areas you can have large scale irrigation and dams, or fracking.

"Why would you only have protection on the bottom areas (of the basin) and not on the top.

"We don't get anything out of this, we're only looking after country." 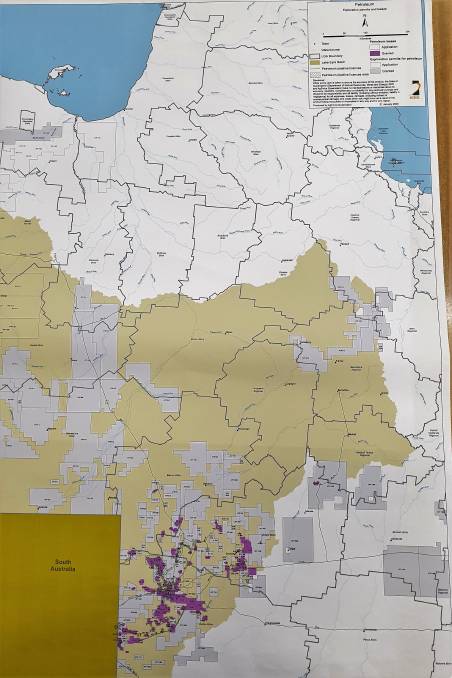 AgForce's map showing petroleum exploration permits and leases in the area that is the subject of the consultation.

Of the suggestion that 5 hectares of hay production for producers to drought-proof their operation could be allowable, Mr Gorringe asked what would happen if that were multiplied 50 or so times.

As far as the LNP's New Bradfield scheme going ahead under the proposed changes, he said water from the north should be sent down the Murray-Darling system, not down Channel Country rivers and creeks.

"If a government spends $90 billion doing that, they'd have to irrigate," he said. "I think we should leave our country alone. It's lasted lots of years now and given us organic meat."

He also said the way companies were extracting gas, putting water and soil layers under pressure, was more likely to lead to a disaster.