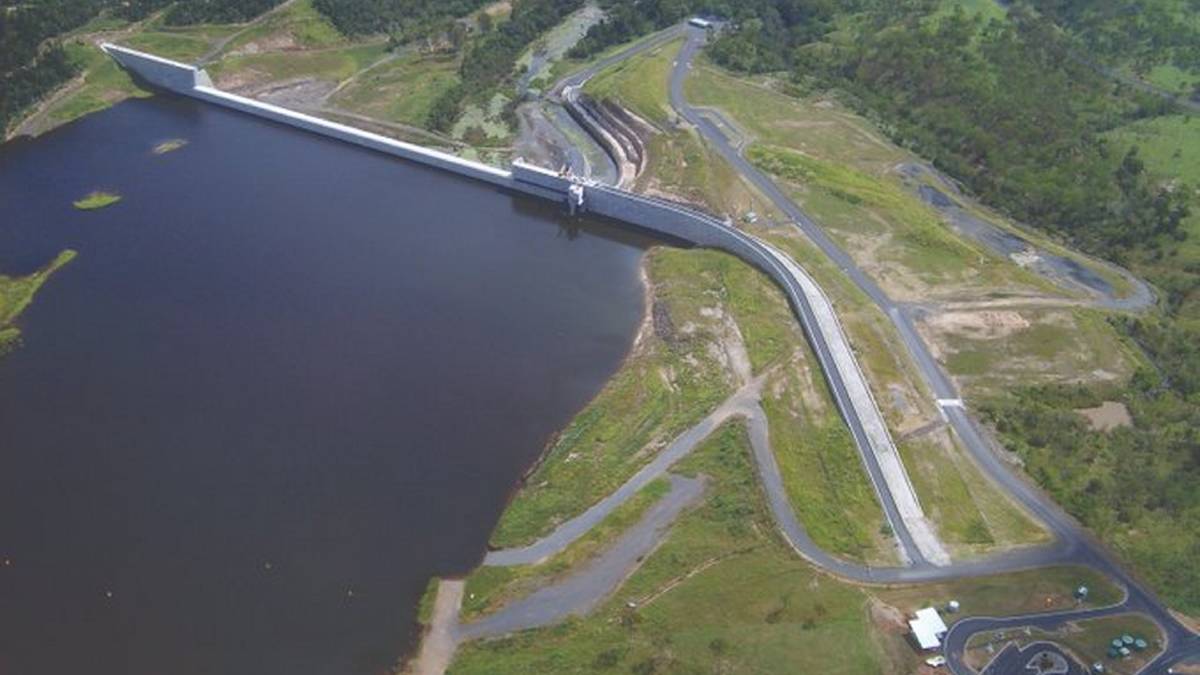 Sunwater says Paradise Dam west of Bundaberg is not being demolished, at least in the short term.

Sunwater says Paradise Dam is not being demolished, at least in the short term.

PARADISE Dam is not being demolished, at least in the short term.

Instead the Queensland Government-owned bulk water manager Sunwater says work to reduce the dam wall by 5m will begin "as soon as practical".

The longer term fate of the failed 300,000 megalitre structure will only be known when a Building Queensland report is finalised, which is due at the end of April.

In a statement issued on Sunday, Sunwater chairman Leith Boullysaid the safety of the community living below the dam on the Burnett River was the number one priority.

The statement follows heated fall-out over new laws introduced into parliament by the Palaszczuk government last week, clearing the way for the structure to be demolished.

Those laws sweep aside 17 separate pieces of legislation, and would Sunwater to demolish the 300,000 megalitre dam without obtaining the usual council or environmental approvals.

Farm groups Canegrowers and Growcom were particularly critical of the government's failure to consult with water users.

The Sunwater statement says it was identified in September that there was an urgent need to improve the stability of the dam.

"This requires the dam wall to be lowered by 5m as a short-term, interim measure to improve the safety of the community living below the dam," the statement reads.

The long-term future of (Paradise) dam will be determined by a Building Queensland report, which is currently underway. - Leith Boully, Sunwater

"A legislative amendment passed this week allows for this work to start before the 2020-21 wet season. It also ensures the timeframes announced in September last year can be met."

However, the statement says lowering the is only the first step in rectifying issues with the dam, located about 80km south west of Bundaberg.

"The long-term future of the dam will be determined by a Building Queensland report, which is currently underway."

High priority water customers will have all of their allocation in 2020-21, Sunwater says. For other users, announced allocations for the next water year will be confirmed in July.

Ms Boully said a request from stakeholders undertaking their own research into Paradise Dam was being reviewed in line with 'Right to Information' legislation.