An app designed to give rural Queenslanders a same day freight delivery option will launch this weekend. 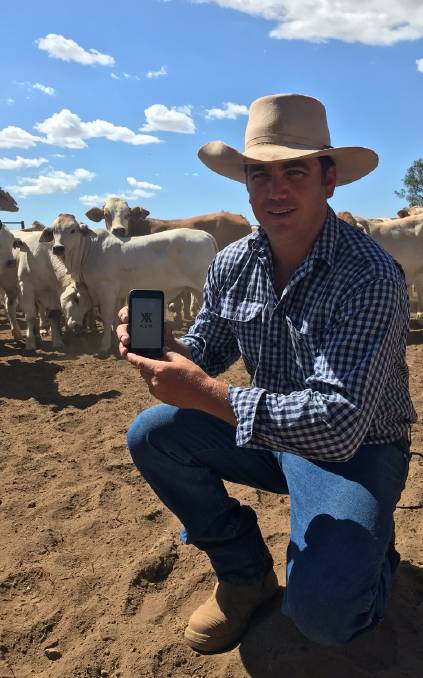 Alpha's Nick Dyer is about to launch Fluxx, an app that will connect rural Australians with a peer-to-peer freight service.

An app designed to give rural Queenslanders a same day freight delivery option will launch this weekend.

Fluxx is the brainchild of Alpha cattle producer Nick Dyer, who came up with the idea in July 2017, taking inspiration from existing sharing economy businesses such as Uber.

"We're 5km north of the Capricorn Highway and I look at the flow of traffic along there... it doesn't stop," he said.

"You could look at it as being like a parcel conveyor... with a service like this instead of having to organise next day freight, the idea is that you can get your delivery within a few hours."

Mr Dyer said a lot of work had gone into developing the app, which is due to go live on Sunday.

"I had little experience with software so I was starting from scratch," he said.

"I found some local investors who believed in what I believed, that there were options for freight using the peer-to-peer model.

"When you look at the value proposition, that's where it can be a real saver.

"Our nearest major centre is Emerald. If I value my time at $30 an hour and the use of car and fuel at $20 an hour and take three hours to go and pick something up myself, that's a value of $150.

"But if I choose to pay someone else $50 to pick up something that's already on their way, I get to keep my time and productivity and they earn some money."

Fluxx works by matching freight delivery requests with drivers already travelling in the relevant area. Customers can enter the details of their delivery into the app and how much they are willing to pay and then be matched with a suitable courier.

The app will initially be rolled out in a Central Queensland area encompassing Emerald, Clermont, Tambo, Blackall and Springsure, with plans to expand from there.

Mr Dyer said he believed there would be interest among the grey nomad community in making Fluxx deliveries during their travels.

"The ones I've talked to would more than eager to subsidise their travel costs by making some deliveries along the way and then hopefully they might be able to invest that money back into the community as they travel," he said.

Tambo Teddies co-owner Alison Shaw said they would be organising a delivery using the service when it launches on Sunday.

"I think it's a fantastic idea," she said.

"Within our business we often have little hiccoughs now that we have our Toowoomba sewing hubs... they may have run out of tags and we have to work out a little delivery.

"We often end up calling out on Facebook looking for people who are travelling who can take something for us.

"We see a lot of potential in having a service like this.

"We know that this is initially launching in a smaller trial area, but we're looking forward to when it expands."

The app is available to download for free from the App Store and Google Play.

More information is available at http://www.fluxxit.com.au/