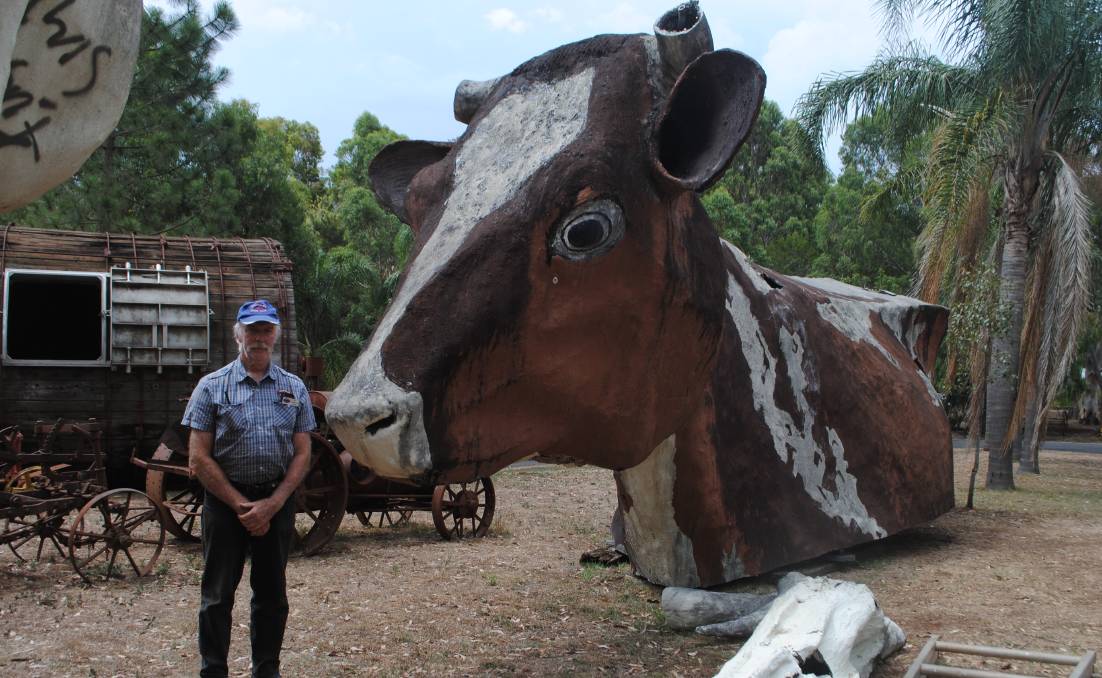 Highfields Pioneer Village volunteer manager Ray Ashford with the top of the Big Cow, cut in half for transporting to its new home.

A giant cow once iconic on the Sunshine Coast has found a new home on the Darling Downs where it will play a role in a dairy museum.

After years of disrepair, Queensland's Big Cow is back with plans for a new attraction on the Darling Downs recognising the local dairy industry.

The 8 metre high Ayrshire cow was built in 1976 to attract visitors to a working dairy farm at Yandina, operated by the Scanlan family.

It has now been donated to the Highfields Pioneer Village and was last week moved to its new home, a process that it involved it being cut in half for transporting.

Highfields Pioneer Village volunteer manager Ray Ashford said they had been trying to acquire the Big Cow for eight years, but had no luck until owner Barry Barnes agreed to donate the once-popular attraction.

From there Toowoomba business identity Clive Berghofer got involved to cover the transport costs.

"Some people on the Sunshine Coast have wondered why the Big Cow has come here but there's a big dairy connection on the Darling Downs, just like there was around Nambour," Mr Ashford said.

"Just about every farm in this area used to be a dairy farm.

"At the Highfields Pioneer Village we also have a dairy that's an exact replica of the old Russell and Sons dairy pavilion at the Toowoomba Showgrounds and we have a dairy museum all about the Unity dairy factory that was in Brooks Street in Toowoomba.

"So this really fits in with things we already have."

An ex dairy farmer himself, Mr Ashford got out of the industry in 1989 after 12 years of operating a dairy first at Hayden and then at Southbrook.

He said he believed the Big Cow would help to celebrate the dairy industry at a time when the industry was struggling.

Now the effort has begun to raise $50,000 to reassemble the Big Cow and rebuild a room in the body of the bovine to act as museum.The plans include building a wheelchair access ramp.

A GoFundMe page has been set up to help raise the sum.

Mr Ashford said the museum is also calling out for people to share any photos they might have in their photo albums of family visits to the Big Cow or of the attraction during construction to help piece together its history. 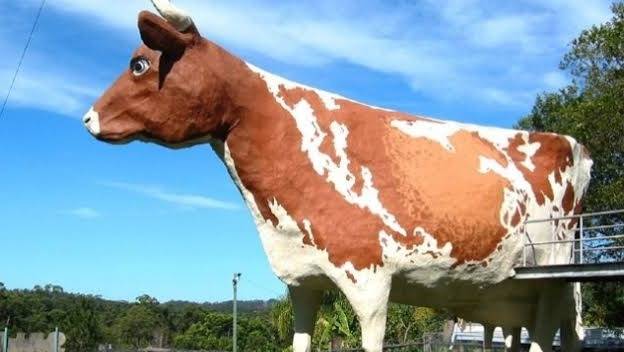 The Big Cow in its hey-day on the Sunshine Coast.