Researchers from the University of Queensland's Gatton campus may have found the answer to the pasture dieback mystery, pinpointing a miniscule sap-sucking insect as a possible killer. 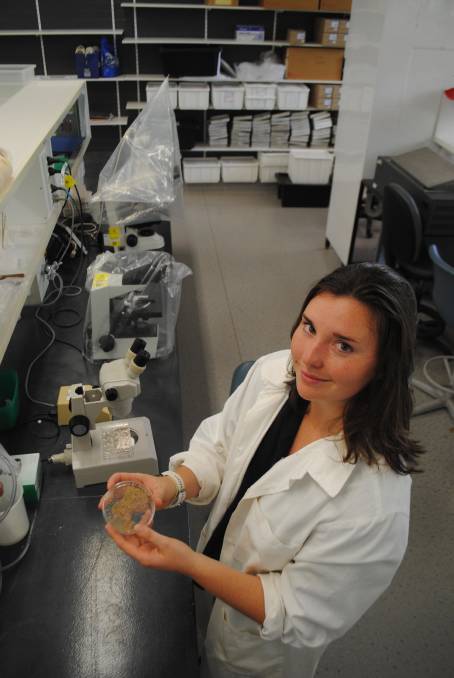 Researchers from the University of Queensland's Gatton campus are closing in on the mystery of what's causing pasture dieback.

The research team at UQ have found the white ground pearl, Margarodes australis, at about a dozen pasture dieback sites across the state and are now asking farmers to check their own affected paddocks.

The sap-sucking insect pest is related to the pink ground pearl, Eumargarodes laingi, which has wreaked havoc on the turf industry and has also been known to cause significant damage to sugar cane.

The mysterious death of pastures since the early 1990s has been baffling scientists and primary producers alike, with bodies including Queensland's Department of Agriculture and Fisheries, Meat & Livestock Australia and the NSW Department of Primary Industries all invested in the hunt for a cause.

While the presence of mealybug has been linked to dieback, the UQ team now believe that it's more likely to be the white ground pearl at the root of the problem.

But it's not the adult ground pearls that seem to be connected to dieback, with researchers instead focusing on the cyst stage of the life cycle. 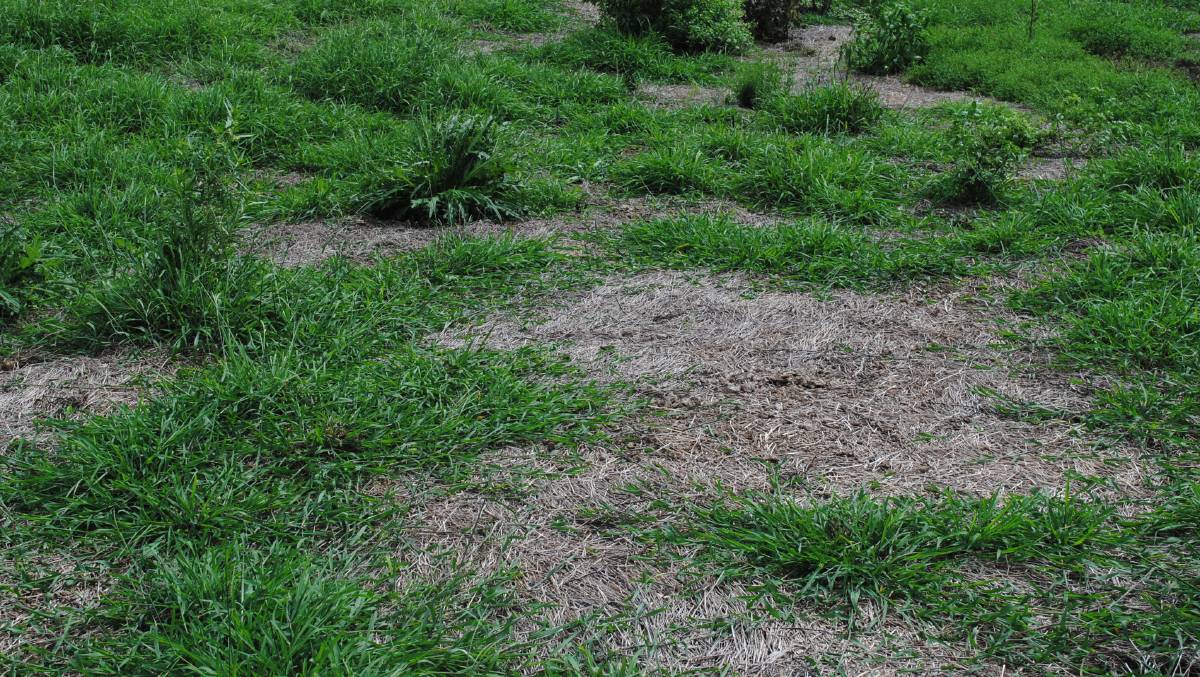 Pasture dieback on the UQ Gatton campus, where researchers have found white ground pearls at the root level of grasses.

UQ School of Agriculture and Food Sciences lecturer Anthony Young said very little was known about the damaging pest but judging by the pink ground pearl, they might prove difficult to control.

"In Florida they've been using attempted steam controlling... they pump steam in to try to kill them because when they're in their cyst, they're extremely resilient to chemical attack because a chemical can't penetrate the cyst," he said.

"So your standard lawn treatments that you might use to kill white grubs, for example, just don't work on these guys." Ground pearl cysts are being studied by University of Queensland researchers delving into the issue of pasture dieback.

While researchers are stopping short of saying that white ground pearls are definitely the culprit, they have been able to confirm that they are present at numerous pasture dieback sites in Queensland and northern NSW.

Bachelor of Agricultural Science with Honours graduate Melody Thomson's work on the Gatton campus has shown that the higher the number of ground pearls beneath a plant, the greater the symptoms above the ground surface. Deciphering dieback: The University of Queensland's Melody Thomson and Anthony Young taking a look at samples of white ground pearls collected from pasture dieback sites across the state.

Ms Thomson, who is hoping to do her doctoral studies on the insect pest, said ground pearls had a wide range of host plants, with species within the insect family attacking grasses, wheat, barley, grapevines and sugar cane.

"There's been very little research on them, even overseas," she said.

"The pink one, the related species that we've had to draw a lot of information from, may have come from Florida or may have come from here and been transferred to Florida. In Australia the pink one and the white one are both present in sugar cane and previous work has found the damage that they did... they decreased cane yields and caused plant deaths in some cases."

It has been suggested that the white ground pearl is native to Australia. 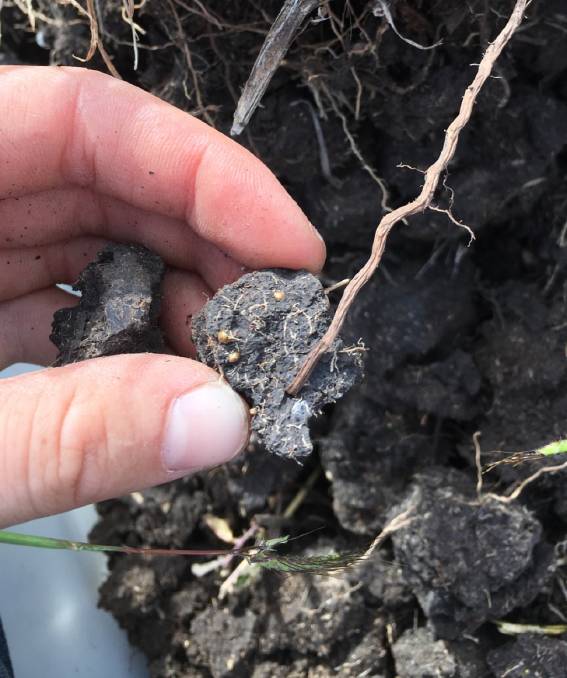 The white ground pearl appears as tiny gold cysts at the root level of the grasses.

Ms Thomson said there was also a plan to look at the genetics of the ground pearl populations in different areas to figure out how they've been spread. At the moment the team believes the insects have been transported in soil clinging to boots, wheels or animal hooves or else dislodged during major flooding events.

The focus will now turn to securing funding for further research but in the meantime primary producers can play their part in the search for the answers. 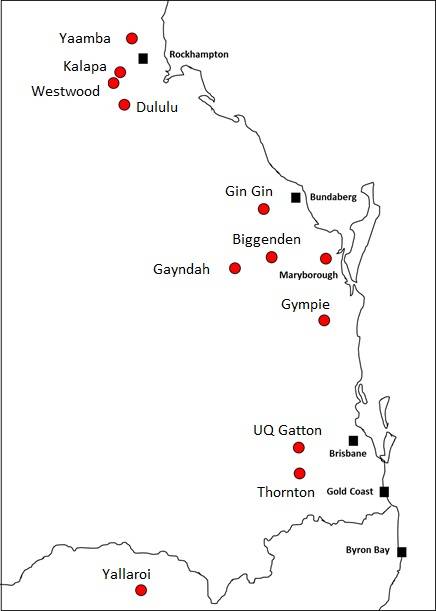 Red spots on the map show pasture dieback sites where the presence of white ground pearl has been confirmed.

Dr Young called for graziers to look at pasture dieback affected areas on their properties by digging up to 30cm below the surface and then get in contact with details of what they've found to help build a database.

UQ student Julie Orr went looking for signs of the tiny pest during her mid-semester break on her grandparents Lance and Beryl Howkins' properties at Kalapa and Dululu.

It didn't take long to find what she was looking for after she and her grandmother dug up a patch of dieback on the roadside, softened after some recent rain.

"All we did was turn a couple of tussocks of grass over and we found them," she said.