A change in breeding direction with a focus on breeding for hybrid vigour has paid off in spades for Champion Station in the Blackall district.

The property is owned by Russell Pastoral Company, which has carved its name in Australian agriculture since the 1890s. It was once among the largest pastoral landowners in the country, with properties at Bourke and Enngonia in NSW, Naroo and Clover Downs at Cunnamulla, Dalmally at Roma, Grassdale at Dalby, and in the Jimbour, Clermont and Blackall districts.

The Russell Pastoral Company is still owned by the Russell family and its operations now are centred around Champion Station and Jimbour Station on the Darling Downs.

According to Russell Pastoral Company's general manager Adam Armstrong the country is ideal for breeding and finishing if the season permits.

The aggregation runs a breeding herd of over 4000 Angus cross cows giving the basis for a constant herd of about 7500 head. Mr Armstrong said they changed breeding direction from a Braford base herd and initially introduced Angus to their breeders in 2007.

"The market was giving us strong signals towards the Angus type," he said.

"We were having fertility issues with a later maturing animals and were looking for an earlier maturing female with increased fertility that would produce an article to fit into a premium market."

The last of the Braford bulls left Champion Station in 2011, and now they use Charolais and Angus bulls over proven cows and join Droughtmaster bulls to maiden heifers.

"Overall 65 per cent of our breeders are joined to Angus bulls and we are happy with where we are currently sitting," he said.

"The mix we have developed over the last 12 years has been about ensuring very high quality, highly fertile, growthy animals that perform at high levels along the whole chain," he said.

Under the day-to-day management of Jordan and Tammy Smith, who manage Champion Station, all females are joined at 3 per cent for an all year round joining, giving both autumn and spring drop calves.

"Ideally 80 per cent of the calves are branded in the first round of mustering," Mr Armstrong said.

"And our weaning rate is in excess of 80 pc, which is a fantastic result," he said.

Bulls are joined at two and a half years of age and normally have a life cycle of five to six years, while cows are cast for age at 10. 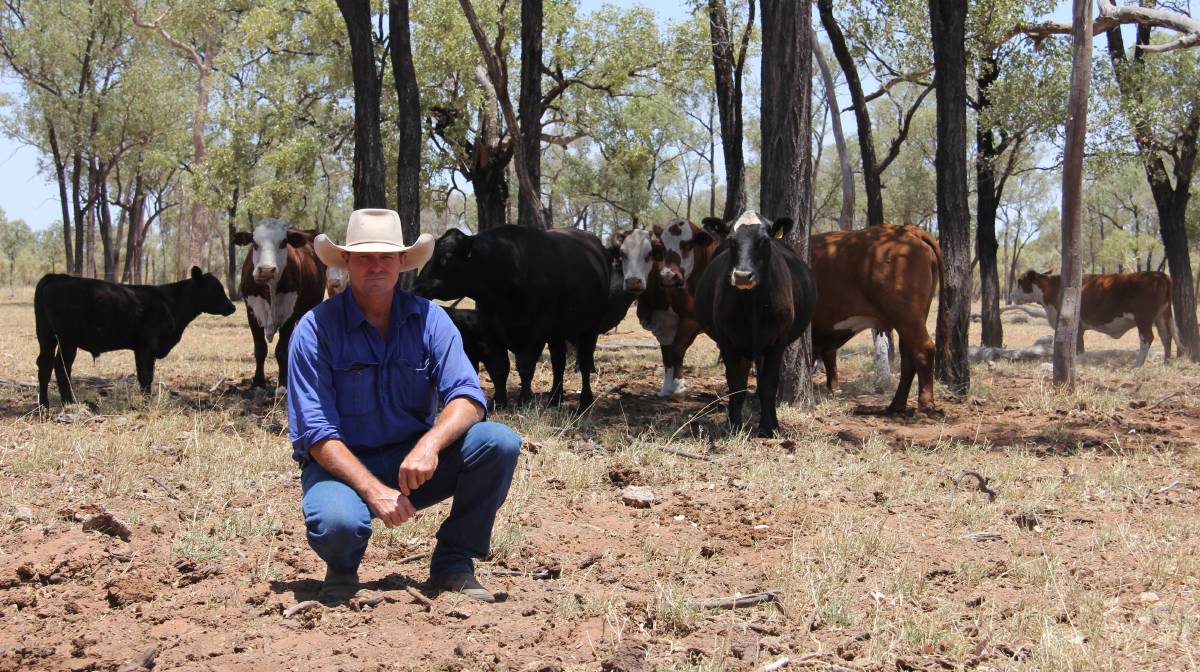 Russell Pastoral Company has been entering the RNA Paddock to Plate in the past few years and have never finished in the top 10 until now.

But all that changed in the 2019 results when a pen of Angus cross steers produced on Champion Station achieved a best-ever performance.

Champion Station's pen of six steers produced an average daily gain of 3.003/kg per day to take second place in the 100-day export category, just behind the winning pen nominated by Palgrove Pastoral Co, Dalveen, which produced 3.095kg per day.

"We have an approach when we send cattle away we will keep a pen or two in line with this competition in mind," Mr Armstrong said.

"We are ecstatic with the result, which, like this year's other major winners, has come during a run of particularly challenging seasonal conditions."

Depending on the season Champion Station likes to bring their steers up to 400 kilograms before selling to the feedlots.

Culled heifers are backgrounded on Jimbour Station on Darling Downs, then sold to Australian Country Choice.