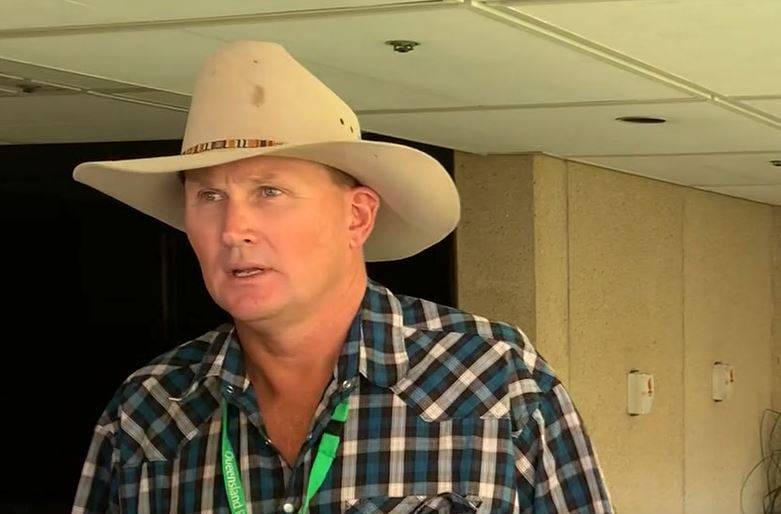 Charleville grazier Dan McDonald says the reduction of his tree clearing penalty was bittersweet, with bigger questions still at play about property rights.

A Charleville grazier convicted of illegal tree clearing will only have to pay $10,000 in fines and costs instead of $112,000 after the Court of Appeal deemed that the penalty would have been "a crushing burden" on him and his family.

A Charleville grazier convicted of illegal tree clearing will only have to pay $10,000 in fines and costs instead of $112,000 after the Court of Appeal deemed that the penalty would have been "a crushing burden" on him and his family.

Dan McDonald of Wyrapa, Charleville, was convicted of six tree clearing offences in 2017, with the magistrate fining him $40,000 and ordering him to pay costs of more than $72,000.

The charges related to mulga he had cleared to feed cattle.

In August Mr McDonald pleaded with the Court of Appeal to overturn the sentence and his conviction, telling the court that he did not have the capacity to pay the penalty and that it would place "a crushing burden" on his family.

In its decision handed down last week, the Court of Appeal upheld the conviction but allowed the appeal of the sentence.

But Mr McDonald said the ruling was bittersweet, as fundamental questions about property rights in Queensland remained unanswered.

"Fundamental principles of property law enshrined in legislation vests absolute ownership and right of use to the title holder, and as the freehold owner of my property I own the vegetation on my property and the right to use it," he said.

"However the government, through the complex Vegetation Management Act and Planning Act - repeatedly amended over the last 20 years, have decided that they have the right to use my vegetation and the vegetation of anyone else who owns freehold land.

"This is for the purpose of conservation and carbon sequestration for their benefit without any form of compensation to the landholder, nor any compliance with the established principles of property law."

"This is a blatant conflict of law that the state of Queensland, in all its capacities, refuses to address.

"I'm still deemed a criminal for using my vegetation to feed my livestock. There has only been what can be considered a small measure of success in mitigating penalty."

In his ruling Justice Peter Flanagan said McDonald's actions needed to be "viewed in the context of Mr McDonald conducting his cattle business in the course of a prolonged and severe drought".

"The illegal clearing was of vegetation from a least-concern regional eco-system and not a more endangered eco-system," he said.

"There is no cogent evidence that the property increased in value because of the clearing or that the clearing caused any lasting environmental harm."

Justice Flanagan also noted that McDonald ceased clearing after he was issued with a notice on April 29, 2015 and that a restoration notice placed on the property in 2017, which requires the McDonalds to let the area regrow to remnant vegetation status, will restrict the use of the property into the future.

"Here these people are, producing wealth for our country and battling away with drought and fires, and they just have to accept that retrospectively the state can control what they do on their own property," he said.

"In the case of the mulga lands, where Dan is based, the application of the vegetation management laws is just backward and cruel - mulga has been used as renewable fodder source for more than a century.

"Drought-affected graziers in the mulga lands are to this day being destroyed by what we can call a 'legislated drought'.

"We have around 40 million acres of mulga trees in southern Queensland unable to be practically used to feed stock due to a draconian decision made in Brisbane."

Katter's Australian Party had planned to introduce legislation into parliament to allow for broader mulga harvesting during drought, but their efforts have been stalled until at least February next year, when parliament resumes.

"While the politicians enjoy their Christmas break over the coming weeks, drought-stricken graziers must continue to fight for their survival," Mr Katter said.

"That will be the case unless the Premier decides to stand up immediately on this issue, and made a directive that gives these graziers in the mulga lands a practicable way to feed their stock again with their own resources."