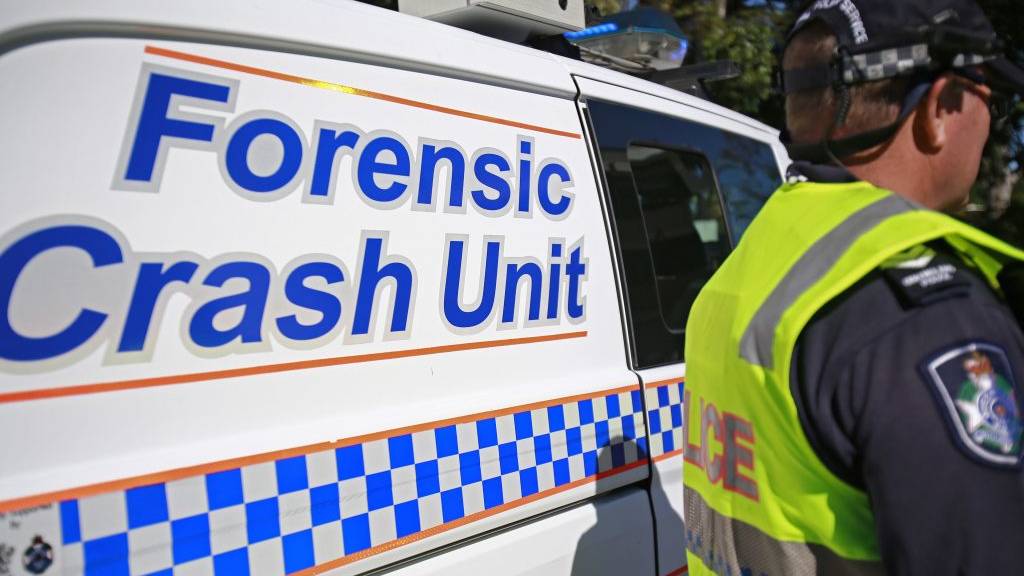 The Forensic Crash Unit is investigating a fatal collision between a four wheel drive and a road train at Muckadilla on Saturday night.

The Forensic Crash Unit is investigating a fatal collision between a four wheel drive and a road train at Muckadilla on Saturday night.

A MAN is dead and and cattle have been killed after a four wheel drive collided with a road train at Muckadilla on Saturday night.

It is understood the four-wheel-drive was travelling westbound on the Warrego Highway when it collided with a road train carrying more than 150 cattle at 10.50pm.

The prime mover rolled, causing the vehicle's cabin and trailers to catch fire.

The driver and sole occupant of the four-wheel-drive, a 39 year old Roma man, suffered extensive injuries and was declared deceased at the scene.

The name of the deceased man has not been released.

Police say the 47 year old driver of the road train was not seriously injured.

A number of cattle were killed in the collision, with some also being euthanised because of their injuries.

Police say the Warrego Highway will remain under traffic control this morning while the scene is cleared.

If you have information contact Policelink on 131 444 or provide information using the online form. Crime can be reported anonymously to Crime Stoppers on 1800 333 000.