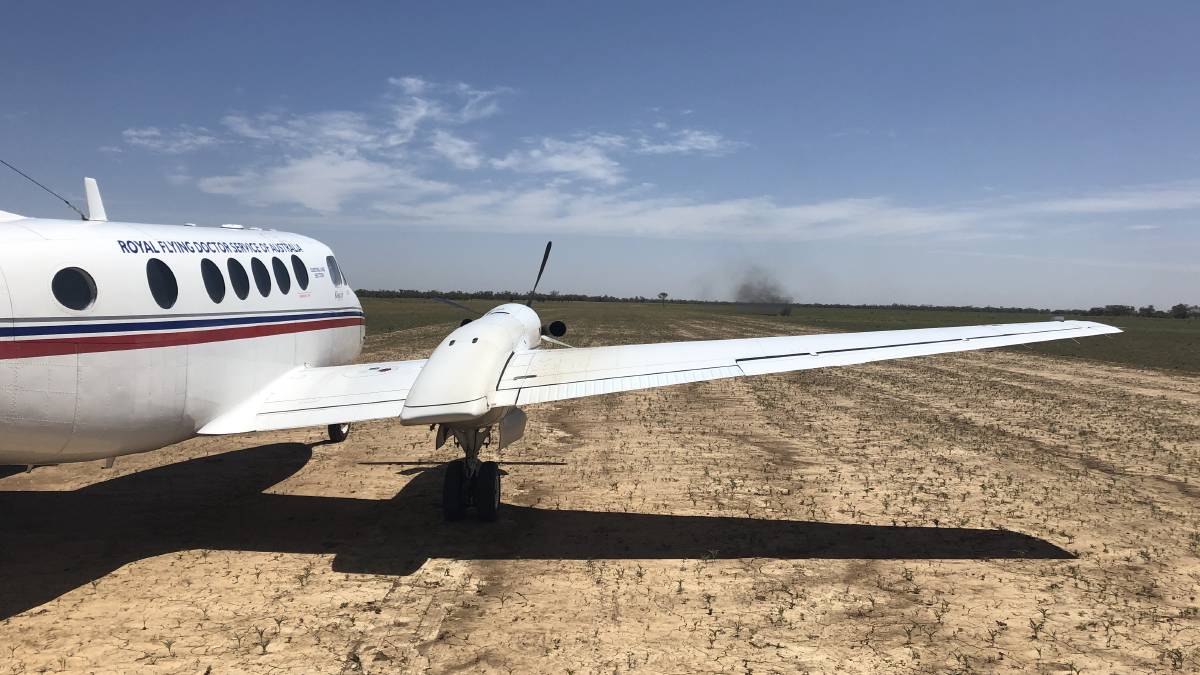 The Royal Flying Doctor Service plane on the strip at Wahroongah Station south of Isisford preparing to evacuate the injured patient. It's first time the medical service has used this airstrip. Picture supplied by the RFDS.

The young Longreach pilot injured in Monday morning's ultralight mustering accident south of Isisford has been flown to Brisbane in a critical condition.

The young Longreach pilot injured in Monday morning's ultralight mustering accident south of Isisford has been flown to Brisbane in a critical condition.

According to a Royal Flying Doctor Service (Queensland Section) spokesman, the RFDS Charleville crew was tasked by Retrieval Services Queensland at about 8.15am on Monday to the light aircraft crash at Pemberley Station, about 60km south of Isisford.

Landing at the neighbouring Wahroongah Station airstrip about 10km from the crash site at 10.15am on Monday, two RFDS doctors and an RFDS flight nurse were met by Queensland Ambulance Service paramedics and Queensland Health medical staff from Isisford, who had transferred the patient by road to the airstrip.

Together, the medical crews stabilised the patient, 25-year-old Robert Paterson, who was suffering from significant head, face and leg injuries, before flying him to the Royal Brisbane and Women's Hospital in a critical condition.

Police and emergency services were called to the accident on the Yaraka River Road at around 8.10am on Monday.

"RAAus provides specialised subject matter expertise to assist the police with their investigation, which will include an assessment of a variety of possible factors including environmental, mechanical and human factors," she said.