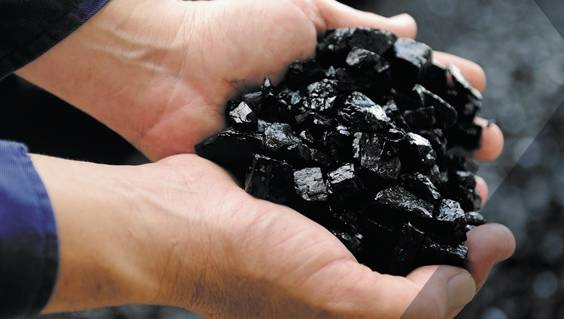 Oakey farmers battling the New Acland coal mine are attempting to take their issue to the High Court.

Oakey farmers battling the New Acland coal mine are attempting to take their issue to the High Court.

JUST as it appears set to be given the green light, Oakey farmers battling the New Acland coal mine have launched a new attack.

Despite losing in the Queensland Court of Appeal in early November, the Oakey Coal Action Alliance has sought special leave through the Environmental Defenders Office to take the issue to the High Court.

"We believe it is really crucial that these important matters are tested in court, because once groundwater is lost it's most likely lost forever," Mr King said.

"That's why we've sought special leave to appeal to the High Court."

Dairy farmer David Vonhoff said farmers could not afford to lose their groundwater to mining.

"Our agricultural soils are among the top 1.5 per cent in the state and we need to protect them from mining.

"It's been incredibly difficult for us fighting this mine for over a decade, it's a real David and Goliath battle, but our future is at stake."

New Hope chief operating officer Andrew Boyd said while fair and reasonable legal action was everyone's right, OCAA was engaged in "lawfare" and was attempting to further delay the project.

"We have been seeking approval to expand New Acland Mine for more than 12 years," Mr Boyd said.

"Over the past two years we have fought and won a series of legal battles against a handful of objectors to the project.

"In the latest fight, the highest court in Queensland ruled definitively in our favour, a fact OCAA has acknowledged by not challenging the Court of Appeal's findings on the substantive issues.

"This latest stunt by OCAA has nothing to do with groundwater or any other environmental issue.

"It is clear that this action is nothing more than an attempt to delay final decisions on Stage 3."

Mr Boyd called on the Palaszczuk government to immediately grant the required mining leases, an associated water licence and approval for the continued use of the Jondaryan loadout facility.

"In September the premier (Annastacia Palaszczuk) said she was waiting on the Court of Appeal," Mr Boyd said.

"In parliament last week the Premier said the Court of Appeal had handed down its decision and that she was sure Minister (Anthony) Lynham was going through due process.

"We need the merry-go-round ride to stop and the Government to give us the approvals we require so we can ensure continuity of operations at the mine."

We need the merry-go-round ride to stop and the Government to give us the approvals we require so we can ensure continuity of operations at the mine. - Andrew Boyd, New Hope

Mr Boyd said the company had recently cut 150 jobs because of government inaction.

"If this Government doesn't approve Stage 3 there will be more job losses later next year," Mr Boyd said.

However, final approval would not only provide certainty for the current workforce but help create about 400 new jobs in the region, he said.

The Queensland Resources Council also called for on the Palaszczuk Government to end the uncertainty.

"They are dragging the chain again, even after the Court of Appeal handed down its decision," he said.

"The necessary approvals should be granted to bring to an end the uncertainty that has been hanging over this project."

"The state government is not powerless here," Mr Macfarlane said.

"It could step in at any time to approve the mining lease and associated water licence.

"But the Queensland Government has stalled, leaving 150 workers in the lurch and causing significant economic uncertainty for Oakey and surrounding communities."

Mr Macfarlane said the QRC respected the role of courts and understood the responsibility of mining projects to operate within the law.

"But the Government has a responsibility to legislate in the best interests of Queensland," he said.

"Queensland relies on investment in the resources sector to create jobs, especially in regional areas.

"The Premier can ... stand up for Queensland jobs through the green light for the New Hope mine expansion."

CFMEU Queensland president Stephen Smyth the delay had gone on for long enough.

"We want to see Queenslanders employed in the coal industry whether they're in Moranbah or at Acland," Mr Smyth said.

"New Hope workers deserve better than silence and stonewalling from the Palaszczuk Government."

New Acland Stage 3 is estimated to generate $7 billion in economic activity during the 15 year life of the project.