FLYING HIGH: The VoloDrone, a concept agricultural drone developed by Volocopter in conjunction with John Deere, was on display in the Future Technology Zone of Agritechnica, held in Hanover Germany. Photo DLG, S. Pfrtner

John Deere have showcased a number of innovative concepts at Agritechnica, including a concept spray drone developed with Volocopter.

A concept spray drone, capable of carrying a 200 kilogram payload was just one of the future technologies drawing a crowd at this year's Agritechnica.

The collaboration between John Deere and drone manufacturer Volocopter was on display as part of the event's Future Technology Zone.

Powered by 18 rotors with an overall diameter of 9.2 metres, the agricultural VoloDrone features a fully electric drive using exchangeable lithium-ion batteries capable of flying 30 minutes on each charge.

A spokesperson from Volocopter said both companies believe there is great potential for the VoloDrone in a wide range of agricultural uses, including crop protection in difficult topography, increased efficiency in the use of crop protection agents, sowing seeds and frost control.

"The development of this demonstrator is a first step towards bringing this innovative technology closer to commercial application after full testing in the field," they said.

"The drone frame is equipped with a flexible standardised payload attachment system. This means that different devices can be mounted on the frame depending on the application. For crop protection, the drone is equipped with two capacity tanks, a pump, and a spray bar."

The Volocopter spokesperson said the drone was capable of spraying up to six hectares an hour, which the believe is a cost-effective alternative to helicopter sprayers.

"Appropriate flight and application tests will be carried out with the demonstrator VoloDrone sprayer over the next growing season," they said. 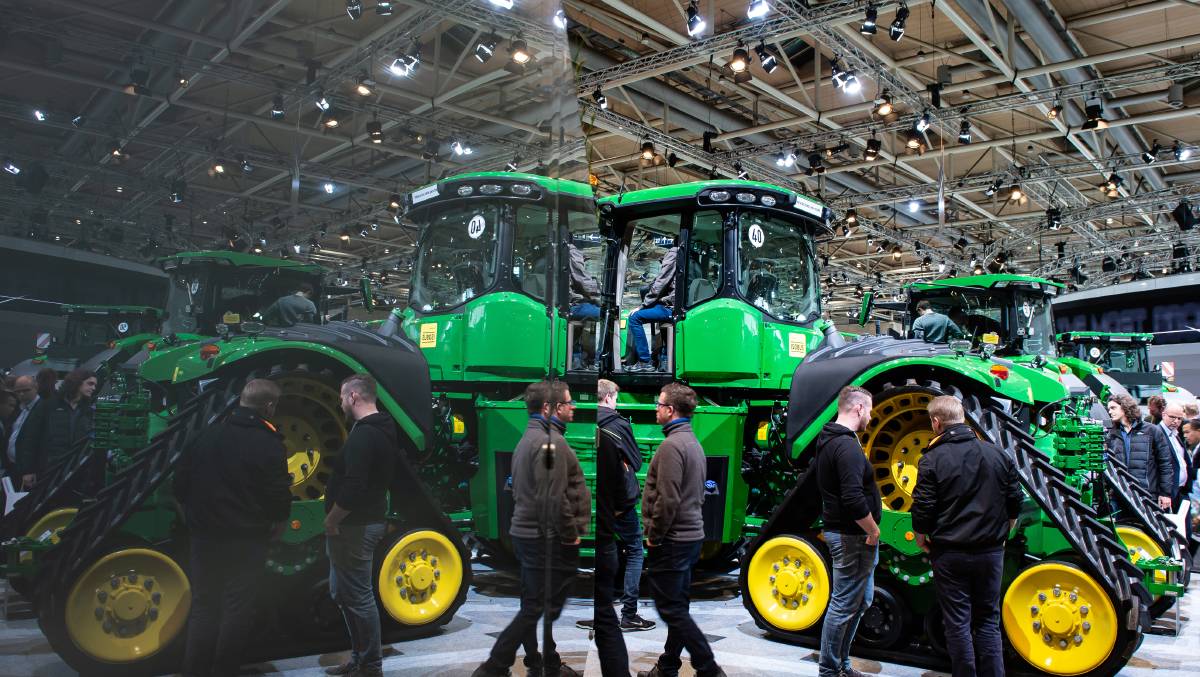 ON DISPLAY: John Deere had a number of machienry technologies on display at this year's Agritechnica held in Hanover Germany. Photo credit: DLG, S. Pfrtner

John Deere said the automation display focused on ways machines could perform certain operations in the field with minimal human assistance, while the electrification portion focused on replacing mechanical and hydraulic components to make machines more efficient and productive.

The company said artificial intelligence, or the concept of machines having the ability to act and behave like humans, was the third concept displayed.Agritechnica, the world's largest platform for innovation in farm machinery, is held biennially in Hanover Germany.