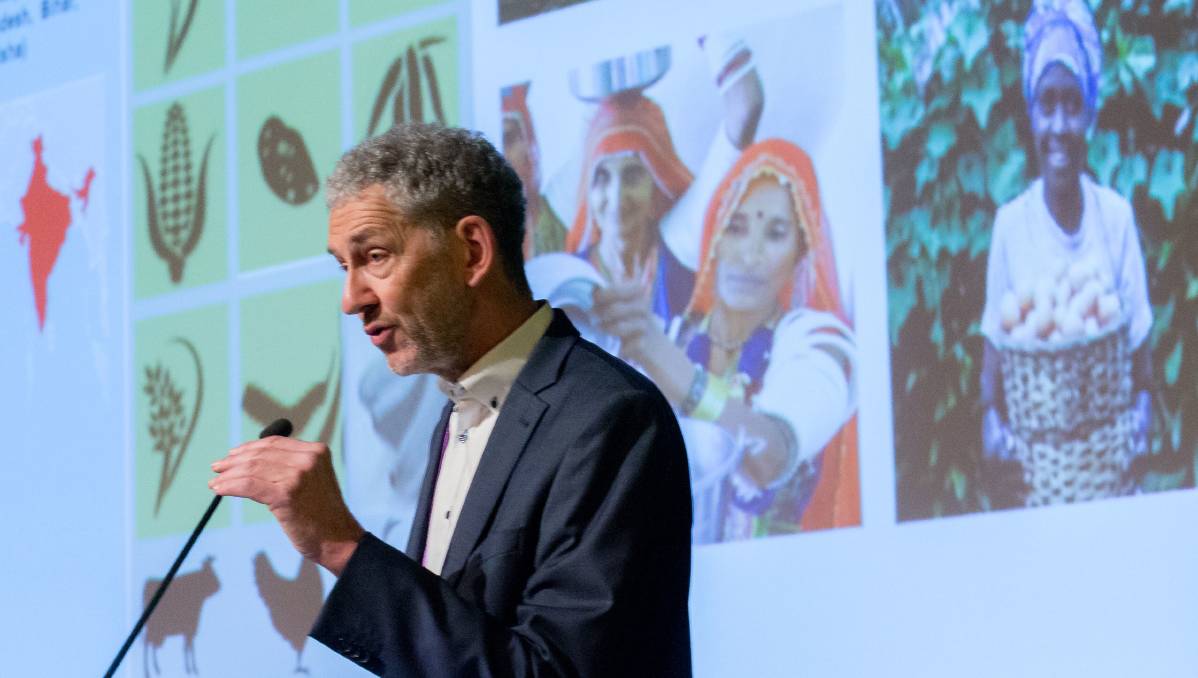 "New technologies - genomics, reproduction, digitisation - help to overcome the barriers, but much more is needed."

Livestock were also a significant opportunity to meet the nutritional needs of children in particular, and also empower women in the central role they play on farms in developing countries, he said.

Dr de Vries was a keynote speaker at the 2019 TropAg conference in Brisbane, which brought together more than 800 delegates working in agricultural research from across the earth's tropical and sub-tropical zones.

The zone, which includes much of Queensland, is expected to be home to half of the planet's 10 billion people, and 60pc of the world's children, by 2050.

Dr de Vries underscored his presentation with the observation that Africa's 312 million dairy cows were producing on average 213kg of milk a year. That contrasted with the 9766kg/head production of the US's 89m cattle.

It was a similar story for poultry with hens in Africa producing an egg only once a fortnight compared to almost one a day in developed countries.

"If we continue to rely on conventional agriculture, even in 20 years' time, we won't be capable of producing the amount of food the world needs," Professor Henry said.

"Adding to this conundrum is the impact of drought and more variable rainfall patterns resulting from climate change, and the increasing scarcity of arable land, soil fertility and water."