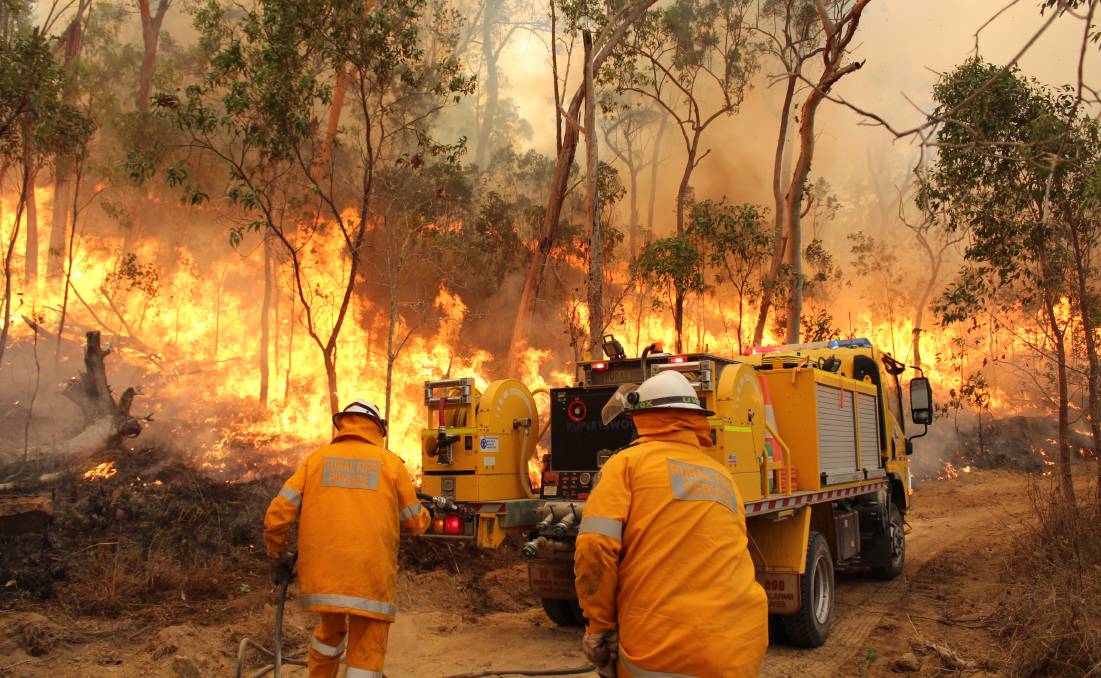 SLASH AND BURN: Rural Fire Service volunteers will be on the frontline this bushfire season. Picture: Corey Hatton.

Queensland's Rural Fire Service has had its budget slashed by almost 25 per cent as the state moves into what is expected to be a catastrophic fire season.

QUEENSLAND'S Rural Fire Service has had its budget slashed by almost 25 per cent as the state moves into what is expected to be a catastrophic fire season.

The state government has pulled almost $13 million from the volunteer service with just over $40 million allocated to the group in the 2019/20 financial year.

Mr Crawford said the government had delivered 332 new trucks, or 58 trucks a year, since being elected in 2015.

He said they had 'inherited a significant backlog of works' following three years of cuts under the LNP.

"Our commitment to restore frontline services has been reflected in previous Rural Fire Service budgets with accelerated expenditure to play catch-up after years of LNP neglect," Mr Crawford said.

"QFES now advises that rural fire brigades have the trucks and equipment needed to meet community demands and their budget has therefore returned to a normal operational level."

He said the service, which has 33,000 volunteers protecting 93 per cent of Queensland's land area, was fundraising to expand their truck fleet.

"It's a big fire season, we're in October and we've already had some really large and hard running fires.

"This year for the first time RFBAQ is building six fire trucks to go to brigades that don't have a fire truck because the government won't grow the fleet and it's costing our charity over three quarters of a million dollars."

Mr Choveaux said the rural fire service ran efficiently and of the 1400 brigades, about 750 had trucks with the rest relying on slip-on units that could be attached to volunteer's vehicles.

"The way we fight fires in Queensland is amazingly efficient, with local brigades and the community providing equipment to meet local needs.

"We're talking about 33,000 brigade volunteers covering 93 per cent of Queensland.

"That is all done for about 8 per cent of the overall Queensland Fire and Emergency Service budget of $750 million."

LNP emergency services spokesman Lachlan Millar said he was disheartened to learn of the budget cuts during the middle of a bad bushfire season.

"Given the unprecedented recent fires, you would think it would be time to increase investment in our Rural Fire Services - not slash it by a quarter.

"If I was minister I'd be arguing the need to at least maintain, if not increase the budget to make sure there are the resources and ability to be able to fight fires in coming months.

"These volunteers are essentially our frontline, they know the terrain and have the knowledge.

"We need to be able to provide resources and equipment as they are the frontline when it comes to bushfires and preparedness."