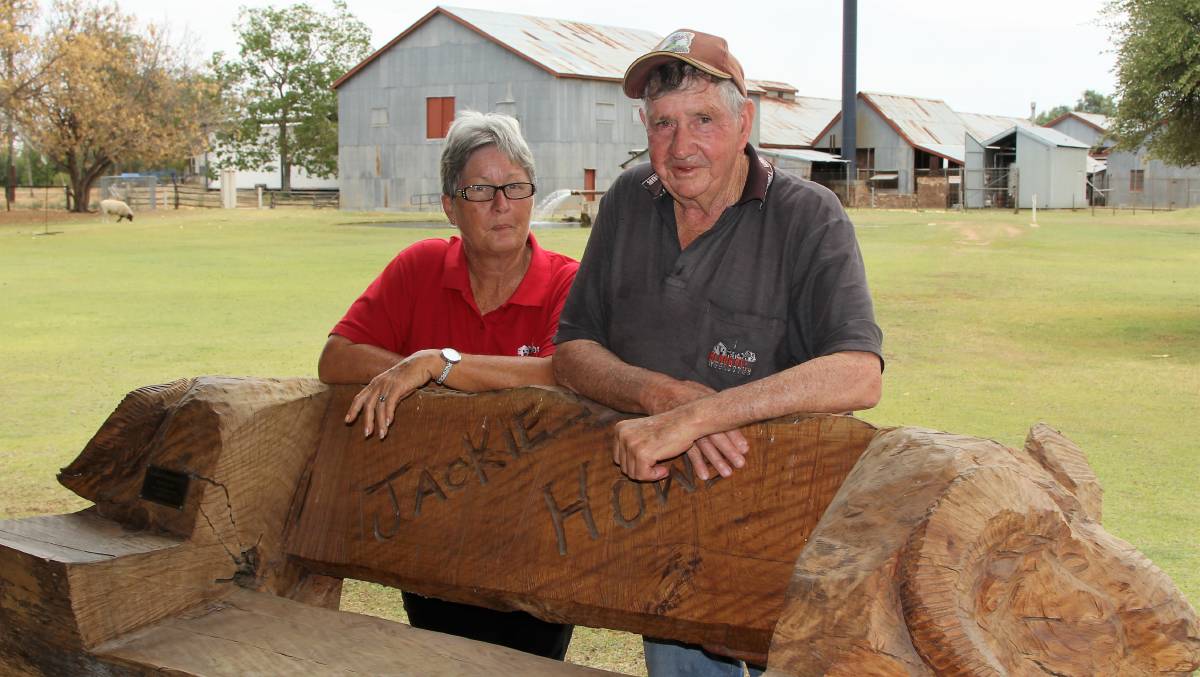 Annette Richardson and Bob Wilson have been managing the heritage-listed steam-driven woolscour at Blackall for 14 years. Picture - Sally Cripps.

While the Outback Queensland Tourism Association this week announced that visitor numbers had continued to grow in 2019 and expenditure was at an all-time high, one western Queensland attraction hasn't been feeling the love.

While the Outback Queensland Tourism Association this week announced that visitor numbers had continued to grow in 2019 and expenditure was at an all-time high, one western Queensland attraction hasn't been feeling the love.

The historic Blackall Woolscour, the last of its type in the world, hit the headlines last week when a Brisbane Times article announced that it was close to closing due to a disagreement over funding between the tourist attraction's managers and the Blackall-Tambo Regional Council.

That brought an angry response from mayor Andrew Martin, who rejected the suggestion that the council weren't willing to help.

"We have always been willing to help pay their bills, we've never said no; we just need some kind of explanation attached to what we're paying," he said. "We can apply for funding on their behalf but not until we see some financials."

Woolscour Association president Bob Wilson, who was quoted in the article, said his comments had been misunderstood.

"We're not in imminent closure but it's just like other tourism businesses out here where you've only got six months of the year to get that bite of the cherry, to get enough money to carry you through the quiet months," he said. "If the money's not there, the show doesn't go on."

He said a recent letter changing the funding arrangement in place had knocked the air out of him, saying it had felt like the council was giving with one hand and taking with another.

"We had to go back to begging from the council again, when we're out here working for something that's important to the nation.

"There's a lot of misunderstanding - they don't see to see what we're trying to do here."

Mr Wilson has since met with Cr Martin and CEO Des Howard and will be attending the next council meeting at the end of October, but the future of the heritage-listed building may not yet steam ahead.

Both Mr Wilson and manager Annette Richardson are adamant that the council's modernisation plans would not work for such an authentic attraction, which offers hourly guided tours by people who have worked in the industry.

"There's steam machinery running and insurance issues - it's not like the (Australian Stockman's) Hall of Fame."

Ms Richardson agreed, saying it wasn't a place for modernising.

"It's heritage listed and we go to great lengths to keep it that way.

"We hear all the time from tourists about the Hall of Fame - they're over pushing buttons and poking things that don't work." 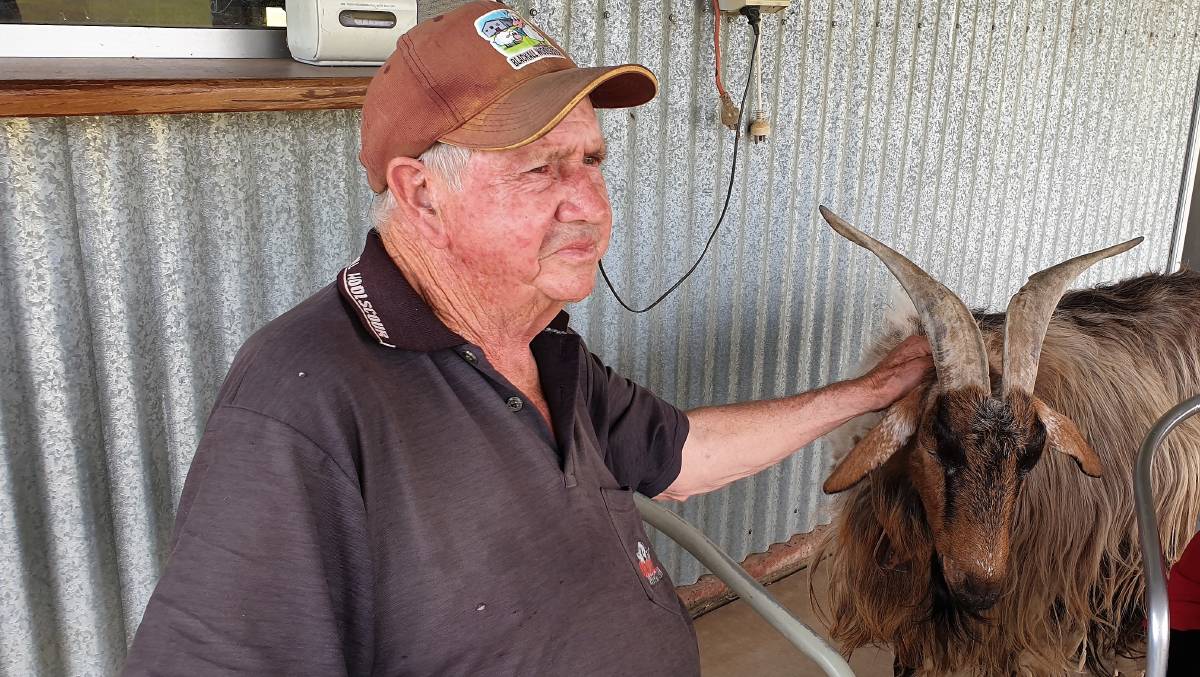 The Blackall Woolscour's resident goat gets a scratch from Bob Wilson.

Visitor numbers at the Woolscour are static at around 8000 a year and Ms Richardson said they had tried everything they could think of to increase them, to no avail.

"We took on catering for extra functions but when someone decided to set off fireworks over the 111-year-old timber building, we stopped doing those things.

"People weren't showing respect for what we have here."

It's a similar story with the evening camp oven meals offered in the authentic cookhouse that would have seen thousands of hungry shearers fed over the decades.

"We put in long days here and we're not getting any younger," Ms Richardson said, explaining why they had stopped doing them. "People say, open a cafe - we'd love to have volunteers out here, helping to put money back into the running of the scour."

She said they were over continually having to fight for the Woolscour's future.

"It's the only one in the world - surely that should speak for itself," she said. "I'd like to think the latest meeting was constructive, so long as our needs are taken into account."

Cr Martin said it would be important to have a business plan and an infrastructure plan to start with, so that issues such as a digital platform, marketing, revenue streams from steam engineering and other ideas could be explored.

"A Memorandum of Understanding might be a good place to start," he said.

Outback tourism on a high

The latest National Visitor Survey has revealed that visitor expenditure in outback Queensland was $713.2 million last financial year, a 10.3 per cent year-on-year increase.

Some 1.1 million domestic visitors made their way to Queensland's outback.

Newly appointed OQTA CEO Denise Brown said the region had experienced tough times over the last year with continuing drought and devastating flooding, so businesses needed all the visitor support they could get.

"We encourage all visitors to take their time when exploring the outback. After all, it's such a remote place with plenty of one-of-a-kind experiences waiting to be discovered."

She said the survey showed how important tourism was to outback Queensland's economy, demonstrating the success of the Palaszczuk government's tourism strategy and OQTA's strong partnership with Tourism and Events Queensland to market the region.

Read more: Back to the wool future at Blackall