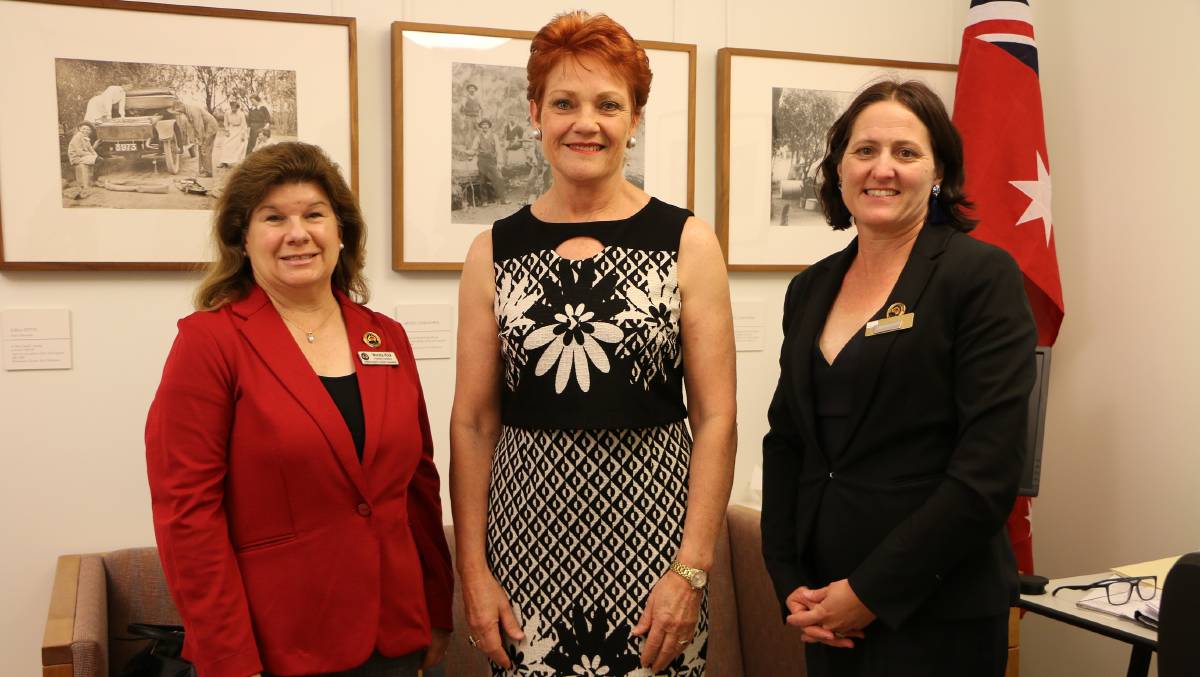 Unanimous Senate support for the establishment of a Rural Hardship Education Fund has been hailed by the Isolated Children's Parents' Association as much-needed recognition as it endeavours to bring the fund into being.

Unanimous Senate support for the establishment of a Rural Hardship Education Fund has been hailed by the Isolated Children's Parents' Association as much-needed recognition as it endeavours to bring the fund into being.

Last Thursday the Senate passed a motion put by Senator Pauline Hanson that called on the federal government to consider putting in place a Rural Hardship Education Fund or other options to assist geographically isolated students and their families with educational expenses during times of rural hardship.

Federal president Alana Moller said it was encouraging to have the recognition of the challenges faced by families and they were now working to see something permanent come into being.

"We're at a point where there's a recognition in the general community of how bad things are getting for rural families, particularly with the effects of the dairy crisis and the north west flooding added to the impact of drought," she said.

"No-one can control these things, they're in the awful situation of deciding which of their children can receive an education, through no fault of their own.

"We think of sheep and cattle in droughts, not the effect on children's education."

NSW Greens Senator Mehreen Faruqi spoke to the motion, saying the Greens supported the universal right of every child to access education, and the particular hardship faced by families in isolated areas, particularly those areas in drought.

"Funding could include extra support for small rural schools, like Trundle Central School in the Central West or Hermidale Public School between Nyngan and Cobar, to provide extra services and care to students and their families," she said.

"It could be used to provide for additional teachers to be employed in the most affected areas to support distance education students with home visits.

"Let's do everything we can to support every kid to get a world-class public education, no matter where they live."

Also speaking to the motion was Assistant Minister for Forestry and Fisheries, Tasmanian Senator Jonathan Duniam, who said the Morrison government was supporting students affected by drought and flood through the Assistance for Isolated Children scheme.

He said more than $4 million had been given in special circumstances funding to assist 25 non-government schools that were impacted by floods, benefiting more than 600 students, and there had been a one-off payment of $1000 for isolated families severely affected by the floods in North Queensland.

Ms Moller said that implementation of ICPA's measure would ensure rural and remote students' education continued unchanged in times of drought and other rural hardship, whether they were boarding away from home, attending a local rural school/kindergarten or studying via distance education.

A Rural Hardship Education Fund would ensure that assistance could be made available for children from families who were not able to access mainstream schooling while living at home, and those who study by distance education or at a small rural school.

ICPA acknowledged the precedence of measures in the past, which included an exceptional circumstances AIC supplement in 2008-11, and an increase in the basic boarding allowance in 2005.

Its proposal noted that drought declarations are not made in every state despite properties experiencing extremely dry conditions, and said assistance, however it is distributed, must be available to all of those being affected by extreme rain deficiency events over a period of time.

"Members of ICPA federal council are hearing heartbreaking stories of families who cannot meet the costs of boarding and removing children from school or trying to decide which child will be educated and which child will not," it said. "No Australian parent should have to choose between their children when it comes to accessing compulsory schooling."

Ms Moller said ICPA was now working on a number of fronts to encourage the federal government to act on the motion, given its strong support and endorsement in the Senate.

As well as focusing on a variety of ministers and MPs, it is helping ICPA members put the issue before their local MP.

"It's a matter of building momentum now that we have this support from the Senate, and the general public," Ms Moller said.