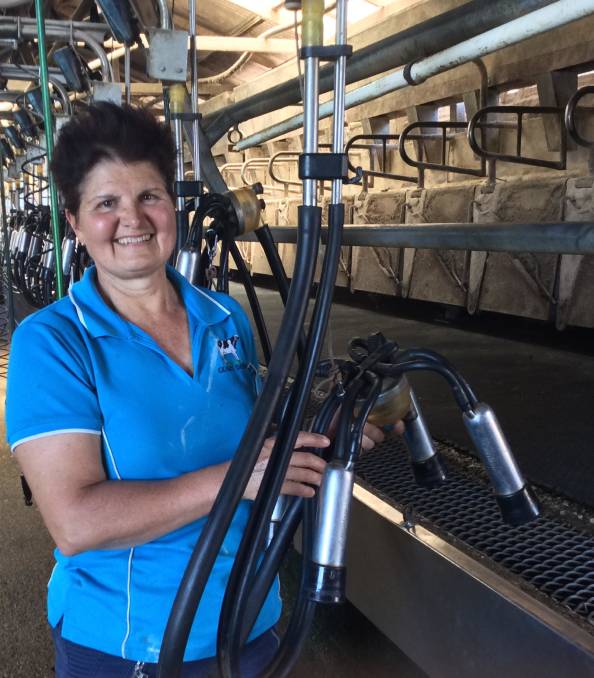 KEEP ON KEEPING ON: Barbara Gear (pictured) and her husband Robert are producing some 11,000 litres a day on their Cedar Pocket dairy farm.

DESPITE the staggering feed and energy costs, Gympie district dairy farmers Robert and Barbara Gear "keep on keeping on".

The Lion suppliers milk about 460 to 500 mainly Holstein cows producing some 11,000 litres a day from their 485 hectare farm on Deep Creek at Cedar Pocket.

The cows are milked twice a day through a 22-a-side herringbone dairy equipped with Christopher bails. About 10 per cent of the herd are Jerseys to boost fat levels.

"We may increase numbers if the planets align but at this stage we're watching everything we do to keep costs under control," Mrs Gear said.

"If feed prices came down and milk prices went up maybe we would creep back up to the 500 cows.

The Gears' year-round operation produces between 100 and 150 heifers a year for the self-replacing herd.

Mrs Gear constantly monitors the welfare of the herd, particularly the calves she affectionately calls "my girls".

That approach includes the use of pain relief for animal husbandry practices, including debudding. 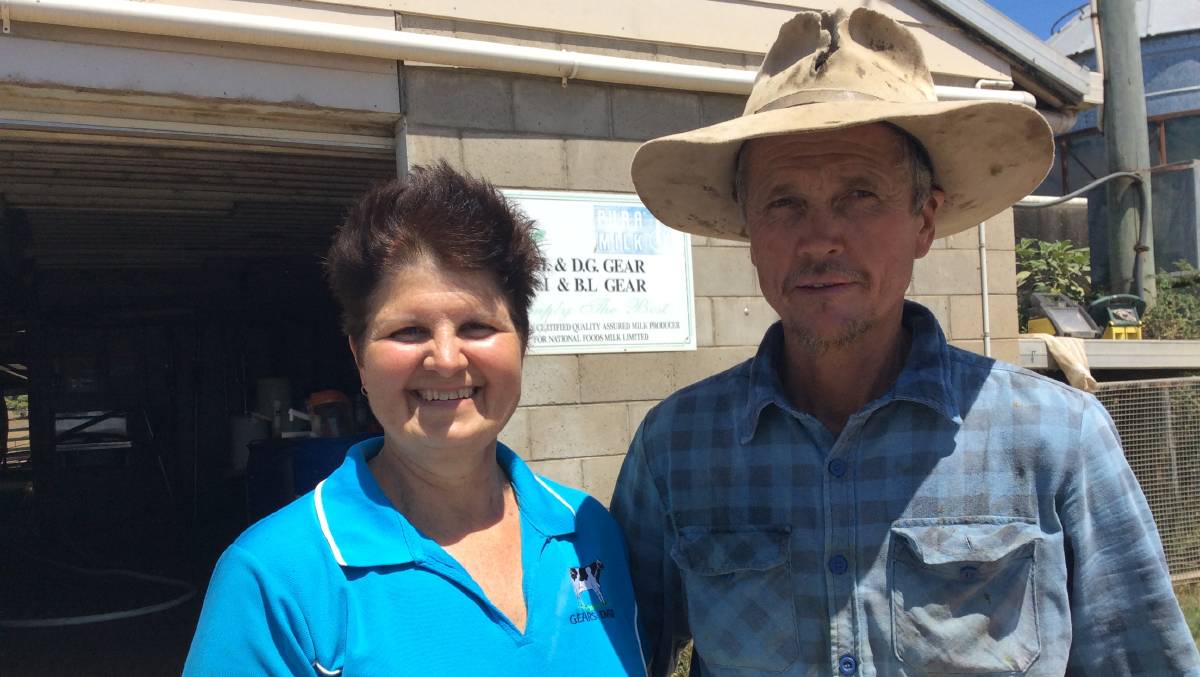 "They continue feeding and drinking and are not taking a backward step in their growth cycle. There's no infection and it's very easy to apply.

"Now, I couldn't imagine not using it."

The heifers are debudded at about the six weeks mark, in batches of 10-12 head.

The Tri-solfen is sourced from Tom Grady Rural Merchandise, the local CRT store in Gympie.

The breeding of the Gear's herd is overseen by Victorian dairy expert Mark Patullo from World Wide Sires, who has recently introduced polled genetics to the Gears' operation.

Also improving the performance of the herd is that 150 second-calf cows have been fitted with Allflex's innovative monitoring eartags.

The eartags activate an SMS message to the Gears' mobile phones when a change in an animal is detected. This includes an animal coming on heat, disturbances in rumination, and at the start of calving.

"I get a message send directly to my phone.

"I know what is happening with the cows and I can look after them straight away.

"I especially like knowing if the cows are coping with a change in the feed. If they are not, I can do something about it.

"Before it was just Robert and I visually seeing which of the girls were on heat. It's a much better way of managing the fertility of the herd."

The Gears mill all of their own grain, with barley currently being sourced from Western Australia. The sorghum was grown at Dalby.