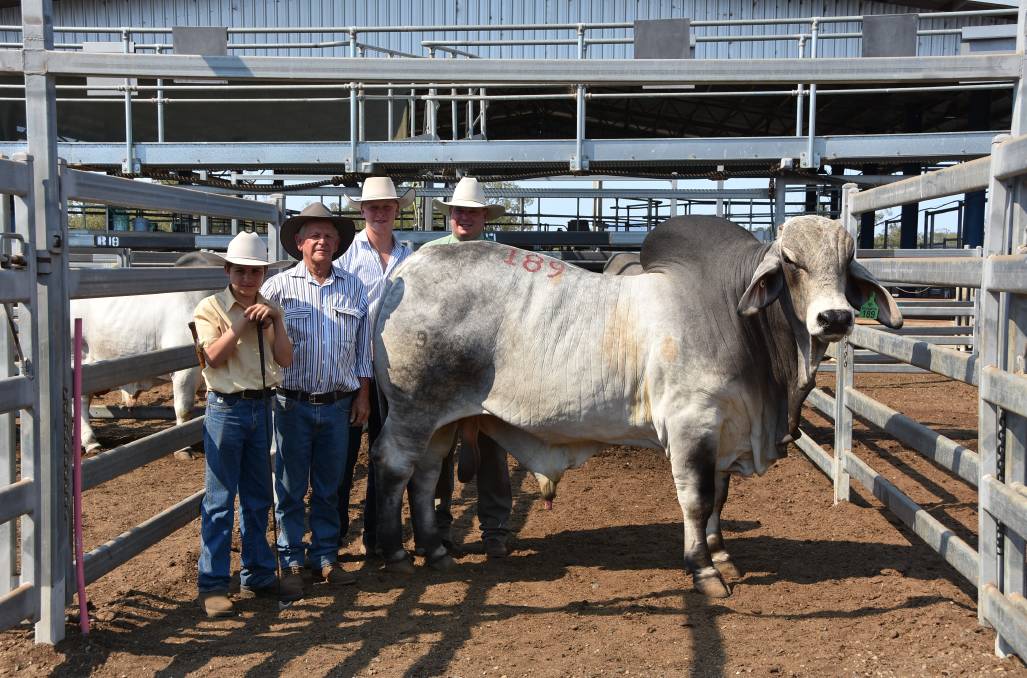 A top price of $105,000 was achieved on the first day of the largest bull sale in the southern hemisphere - the Rockhampton Brahman Week Sale.

Day one finished with 282 grey Brahmans selling at CQLX Gracemere for an average of $9521.

Sale topper Carinya Milwaukee (H) is a 24-month-old son of Carinya Lockwood (H) from Carinya 13/60, and was bought in partnership with Will and Tracy Fenech, Fenech Cattle Co, Wowan and Mark, Belinda and Walter Wilson, Banana Station, Banana.

Speaking on behalf of Carinya Brahmans, Mitch Kirk said it was the second highest price on record for the family after they sold Carinya Hazelwood for $115,000 two years ago.

"We had a lot of pre-sale interest, but you really never know until the hammer falls," Mr Kirk said.

He said the grandsire of Carinya Milwaukee (H), was NCC Sugarwood (AI)(ET) (P) who had a great influence on their breeding direction.

"We bought NCC Sugarwood from Brett Nobbs for half-share and possession in a private sale, and intend to do the same joining with the sire and dam this year," Mr Kirk said.

"We did think long and hard about keeping him for in-herd use, before cataloguing him for sale.

"This result is very rewarding and we are all overjoyed."

Joint buyer Will Fenech said Carinya Milwaukee (H) would go to Rocky Repro for semen collection and once sufficient semen was collected the partnership would share him in natural matings.

"He is a very correct bull, he is sound, has a great temperament, and is structurally correct," Mr Fenech said.

"We are really good friends with Mark and Belinda, and as we both liked the bull very much, we decided to join forces in order to secure him." 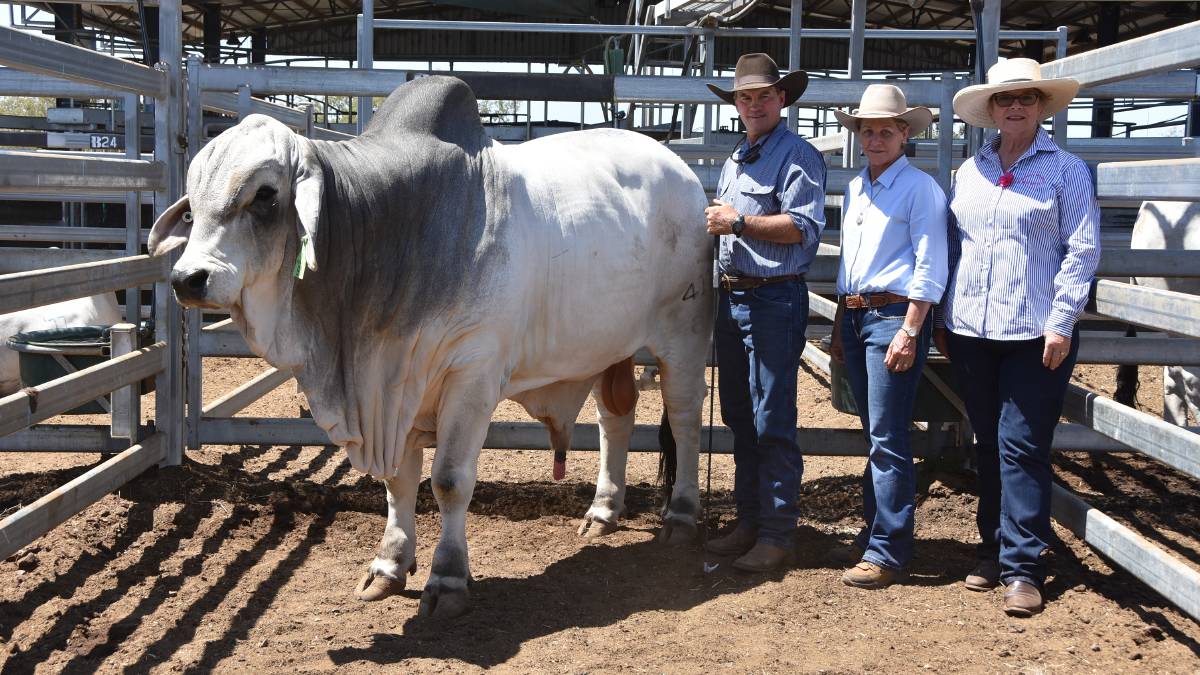 The next best price on the first day was Yenda V 411 (P) offered by Scott and Vicki Hayes, Yenda V Brahmans, Mundubbera.

He sold to Kelvin and Margaret Maloney, Kenilworth Brahmans, Mount Coolon for $60,000.

Mrs Maloney said she drawn to the 25-month-old poll bull through his sire's bloodlines.

"You're always looking to improve and it's new blood to go in the herd, but it came back to his grandsire (Glen Oak Bronte) we would have liked to have bought him when we saw him a long time ago," Mrs Maloney said.

Yenda V 411 entered the ring weighing 804kg, had an eye muscle area of 133 sq cm and a scrotal circumference of 39cm.

Mrs Maloney said they had been focused on breeding poll bulls for 48 years and Yenda V 411 would help to improve their herd.

"He's got a lovely head and he's smooth, a tidy little bull and his temperament is good," she said.

"It was great to sell bulls to so many states and it was pleasing to see north west Queensland breeders able to operate as part of their recovery process after the disastrous floods earlier this year.

Grey Brahmans will continue to sell on Tuesday before the red Brahman section gets under way and concludes on Wednesday afternoon.