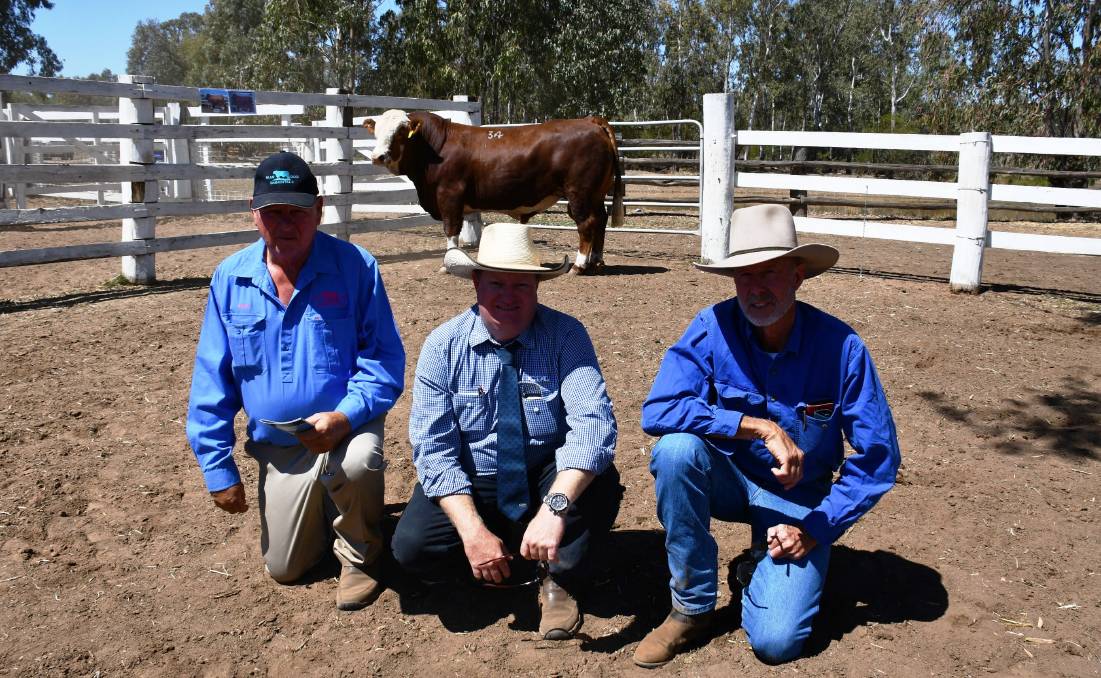 Mr Baker said he liked the bull's length and depth of body and his high semen motility of 90 percent. He will be used in Mr Baker's pure Simmental commercial herd to boost calves' weaning weights while improving their carcase attributes.

The biggest order of the day came from return clients Murray and Kylie Hudson, Tongy, Mitchell who accounted for 11 bulls for a $5272 average - all Woonallee Justified calves.

Mr Hudson said he liked their size, temperament and their ability to handle his country.

"These bulls will go over Droughtmaster cross cows with their progeny destined for the feeder market at around 18 months of age and 400 plus kilograms," said Mr Murray.

Blue Dog Simmentals principal Jan Bradshaw said they were choosing to look at the low percentage clearance as an opportunity to increase their commercial breeder herd if they wished and to have an influx of new sires in their commercial herd.

"It is decisions in tough times like this that put us to the forefront in our chosen business," she said.

"We have at present our commercial sires on a restricted grain ration so that when the season turns they are in good body score condition to be able to go out and produce calves for us."