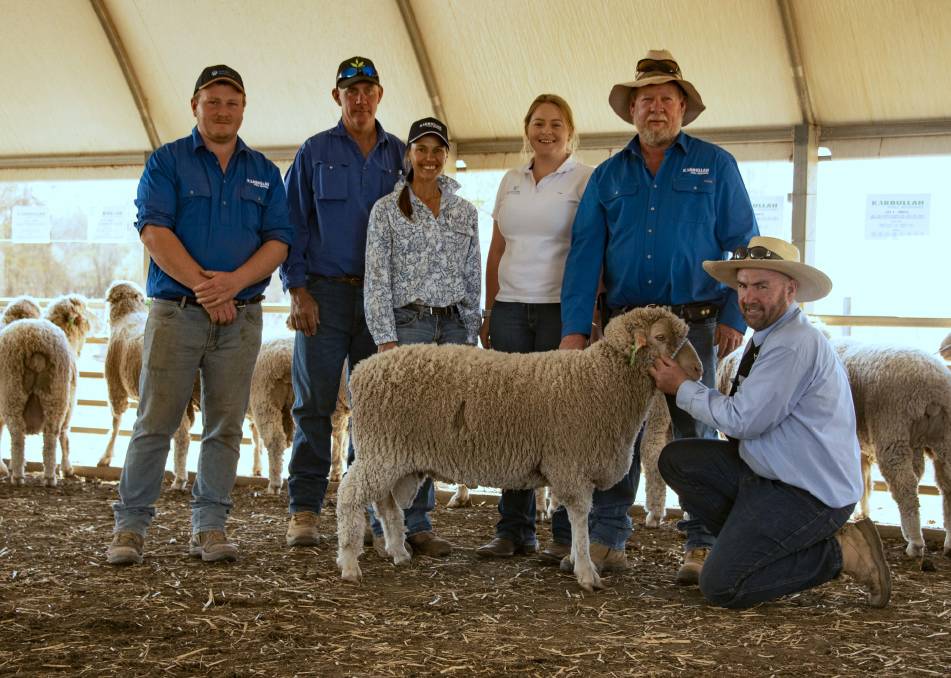 Of the 120 rams on offer from the Murphy family, 84 sold under the hammer with a further 10 sold straight after the sale.

The on-property sale near Goondiwindi, conducted in the Helmsman style, saw strong competition from northern buyers, but the dry conditions in southern Queensland and northern and eastern NSW reduced individual buyers' shopping lists.

The Axfords, who have been buying from Karbullah for about 15 years, bought eight rams in total.

Their top price ram, who they described as having "the whole package" will be single joined to a selection of ewes picked out for him.

Ms Axford said they had chosen to focus on wool style and density, but survivability, fat and EMA were also important factors in each of their selections.

"Sometimes you get outbid on the ones you really want but I'm really happy with what we'll be taking home," she said.

"When we select our sheep we look at the ASBV data and then we come and put our hands on each one and look at his conformation.

"We've had a few good stock sales and we were in the position to be able to pay a bit better money to get what we really wanted."

Karbullah stud principal Mark Murphy said he was relieved with the sale result given the tough season.

"There was a lack of our clients present from within 300km, which is a sign of the conditions," he said.

"It was our first one we've done AuctionsPlus and the feedback we got from buyers was good.

The sale was conducted by the Australian Wool Network and AuctionsPlus.