More than 500 players and 200 spectators descended on Wandoan to battle the dust and a heatwave to play polocrosse.

The tiny town of Wandoan earned a unique place in the hearts of polocrosse players when it hosted the first women's competition at the Queensland State Club Polocrosse Championships at the weekend.

In the final showdown it was the Tansey team who defeated Warwick to win the women's A grade trophy and also claimed the open A grade award, while a Chinchilla team took out the open B grade category.

More than 500 players and 200 spectators descended on Wandoan to battle the dust and a heatwave to play in the hotly contested open, mixed, women's and junior categories. Tansey and Warwick go head to head in the women's A Grade final, with Tansey the winners.

"There's been a lot of development and promotion aimed at women because of the talent that we are seeing and this is the first time we've had a women-only competition at state level," Mr Erbacher said.

Seventy teams competed in the championships from Thursday to Sunday.

"We were blown away with the turnout, and having people come from as far away as Bowen, Pyramid and Thargomindah was fantastic," Mr Erbacher said. Emily and Jasmine Bowden with Connor Neill-Ballantine and Chloe Frear.

The overall best lady player was Beth Hafey from the Tansey club, and her horse was judged the champion horse of the carnival. 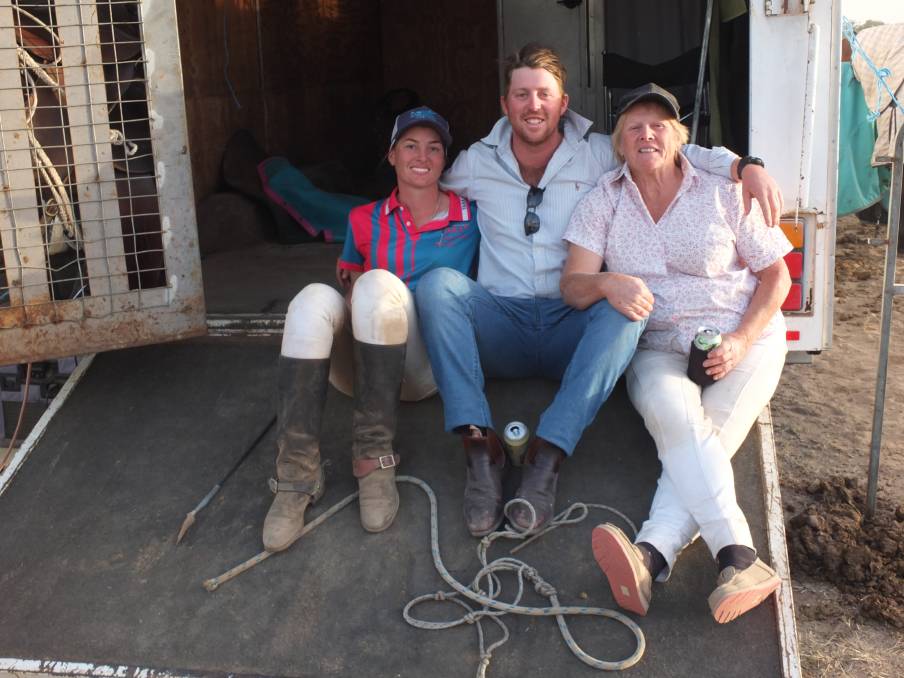 Caitlin Doyle, Jack Rockliff and Lisa Johnson wind down after the semi finals.

The best horse and rider combination in the mixed A grade was Carly Cooper from Cunningham and Russell Davidson from the Gold Coast.

Senex community relations manager Trevor Robertson said an event like this was a great support for the Wandoan Club. 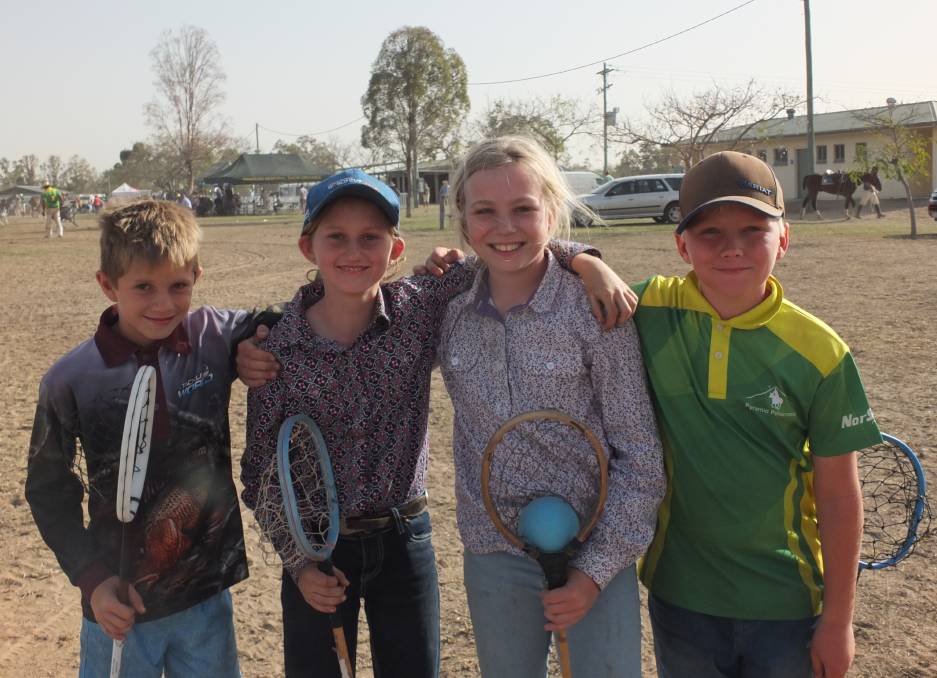 "It is boosting the local economy and giving people a lift during drought," he said.

"This competition has not only shown off the wonderful spirit, energy and high standard of Wandoan Polocrosse Club members, it has also given younger up-and-coming polocrosse players from the best clubs in Queensland an opportunity to compete against the best in Wandoan."

The Wandoan carnival was the final competition in the polocrosse season.