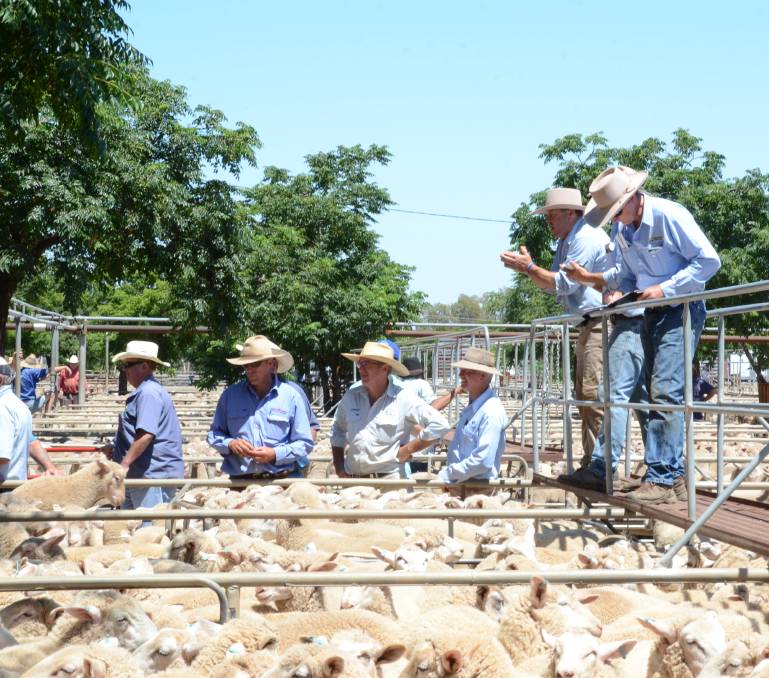 The benchmark Eastern States Trade Lamb Indicator has slipped below 800 cents a kilogram this week but market analysts are still upbeat about prices this spring.

The ESTLI has shed 65c in the past month and is down 17c on year-ago levels.

The mutton indicator also lost ground, dropping 16c in the past week to finish at 560c on Tuesday.

The annual turn-off of new-season lambs is adding downward pressure on prices while some key saleyards, particularly those surrounded by drought-hit regions, are reporting many pens of plainer quality lambs and sheep.

The eastern states' lamb slaughter jumped 13pc last week to 324,521 head which was up 26pc year-on-year.

Dubbo, Forbes, Bendigo, Ballarat and Dublin, SA, all reported mixed quality yardings but prices for better finished lambs and sheep at most of the centres were firm to slightly dearer.

Rabobank senior analyst for animal protein, Angus Gidley-Baird, expects the ESTLI to bottom out in late September at around $7 a kg.

He said the market was being underpinned by high Australian lamb import prices to the US and hot demand from China.

Mr Gidley-Baird said while the flush of new-season lambs traditionally pushed prices down, lower lambing rates and poor fodder availability would lessen the impact this spring.

He said early indications suggested lamb slaughter levels were at their lowest in August since 2011.

Latest sheepmeat export figures have underlined the growing dominance of China as the leading buyer of Australian lamb and mutton.

Wangaratta-based export market analyst Simon Quilty said China had now officially confirmed its pork supply situation would be "extremely severe" during the rest of this year and the first quarter of 2020.

China's Vice Premier Hu Chunhua had estimated his country faced a 10 million tonne deficit in pork production this year because of a devastating outbreak of African swine fever (ASF) which keeps spreading across Asia and has now reached the Philippines.

Looking into the future, latest price modelling by market analysts, Mecardo, has predicted the ESTLI will remain above 800c for the next few seasons as growth in offshore demand continues to outweigh increasing lamb slaughter and production levels.

Mecardo predicted an annual average ESTLI of 874c in 2020 with a potential range of 740c to 1000c during the usual seasonal spring trough and winter peak.

Mecardo National Mutton Indicator modelling showed similarly strong predictions for the next four years with the forecast tool indicating an annual average NMI remaining above 500c for the 2020 to 2022 period.

The 2020 season was expected to see an annual NMI of 525c, with a potential range of 405c to 640c from the seasonal trough to peak during the year.