The taste of Aussie lamb was given an extra push in the US this year, with Meat and Livestock Australia running its inaugural Simply Spring Lamb campaign in March and April. 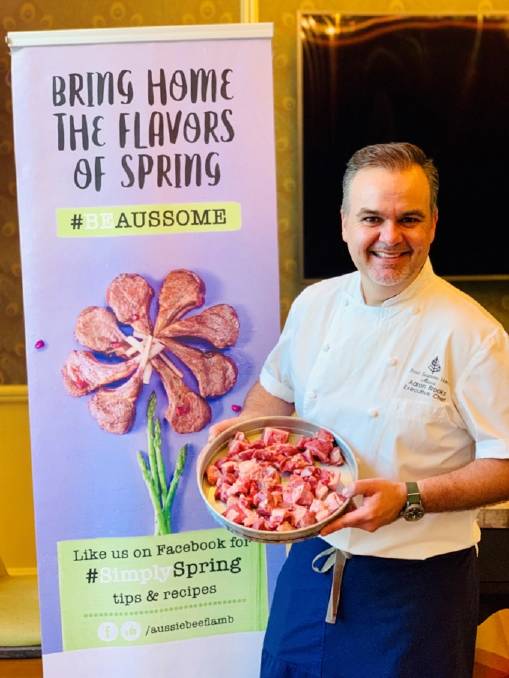 The taste of Aussie lamb was given an extra push in the US this year, with Meat and Livestock Australia running its inaugural Simply Spring Lamb campaign in March and April.

The campaign, aimed at getting US consumers eating more lamb, saw MLA use a mix of consumer activations, social media, advertising and in-store tactics.

The campaign homed in on key markets in Los Angeles, Washington DC and Miami.

It is the first time the MLA has run a dedicated spring lamb campaign in the US, and they hope to do it again next year, drawing on sales data still being collated.

"Urban eclectics are the biggest segment of the consumer market for lamb in the US, comprising 33pc. This segment of shoppers is largely made up of Millennials - the most ethnically diverse generation so far in US history," she said.

"And with this ethnic diversity comes a broader interest in cultural traditions including food - which has led to global cuisines becoming more mainstream.

"This is good news for lamb, which features widely in ethnic cuisines from around the world.

"So it follows, this urban eclectic segment eat more lamb than any other, and they have the strongest interest in its provenance.

"Our research also shows that 49 per cent of lamb shoppers in the US earn over $90,000. They're willing to pay more for lamb and want to know the animal has been well cared for."

Lamb remains one of the least eaten meats in the US, at just under half a kilogram per person a year, with that consumption centred around the Easter and Christmas meals. It is also typically difficult to find in supermarkets.

Ms Golding said a key part of the campaign was their Aussie Influencer Army, a group of Americans documenting lamb recipes and sharing their experiences online with it "much more compelling for an American to see an American proudly purchasing and serving Aussie lamb".

"This was a part of our retail suite of tactics to alleviate the barrier that lamb is hard to find in store - so we literally wanted to show shoppers which stores, where in store and what the packaging looked like along with how to create a beautiful meal with it once you got it home (addressing the other big barrier to lamb consumption which is lack of confidence in cooking it)," she said.

In 2018, Australian lamb and mutton made up 72pc of sheepmeat imports into the US and 43pc of total lamb sold in the US.

"Australia currently has the majority market share of lamb in the US market," Ms Golding said.

"Our goal is to increase their consumption to one more lamb meal a year by prompting them to eat it when they are already considering it as part of their repertoire."