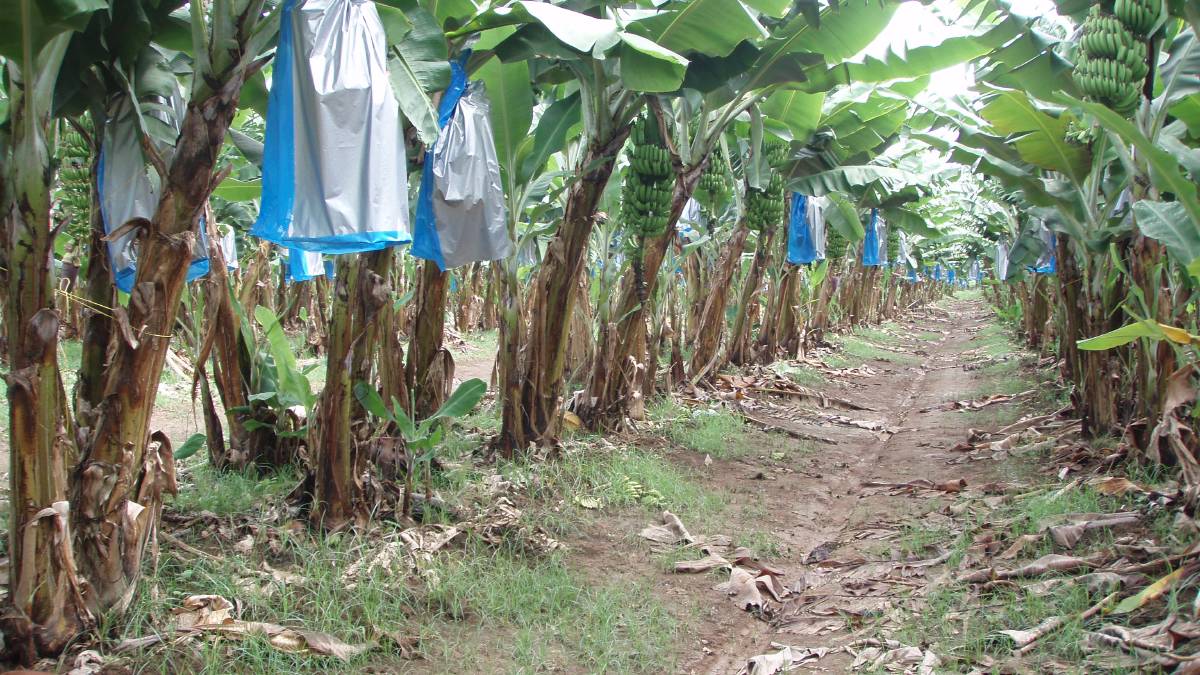 DESPITE rigid biosecurity measures throughout north Queensland banana farms, the dreaded Panama tropical race 4 is spreading within the infested farms.

Since the initial detection in 2015, there have been only three farms with confirmed cases of TR4, however the Australian Banana Growers' Council has revealed the number of plants infected within those farms has increased to nearly 60.

This is up from the initial nine cases detected in 2015. There have been no new farms with confirmed cases of TR4 since February 2018.

In an article on the ABGCl website, Dr Rosie Godwin urges growers to maintain biosecurity vigilance even though TR4 is "spreading slowly but surely".

"The ABGC is aware that a level of complacency could naturally exist, if people are not aware of the continuing spread of TR4 on these infested properties (IPs) - the second IP confirmed July 2017 and third IP February 2018," Dr Godwin said.

But her article goes on to explain the extent of the spread of TR4 in the top of the Tully Valley and some of the reasons why it is not yet out of control. "The current slow rate of spread is buying time for industry, but when the rate of TR4 spread becomes exponential it will be much more difficult to deal with," Dr Godwin said.

On the three already infected properties, TR4 has spread more than 12km and moved both uphill and up river.

"Routine surveillance and early destruction of infested plants is slowing the spread and buildup of inoculum on IPs," Dr Godwin said.

"Keeping inoculum levels low also helps to reduce the risk of TR4 spread by uncontrollable means such as floods or wildlife.

"All growers can do their bit to ensure we continue to contain the spread of this disease by protecting their own farms, continuing to uphold strict on-farm biosecurity protocols and reporting any suspicious plants to BQ.

"This disease is not going away, but we can continue to do our best as an industry to curb its spread."

Since July 1 this year, the existing TR4 management program has continued under a cost-sharing arrangement with industry and the Queensland Government.