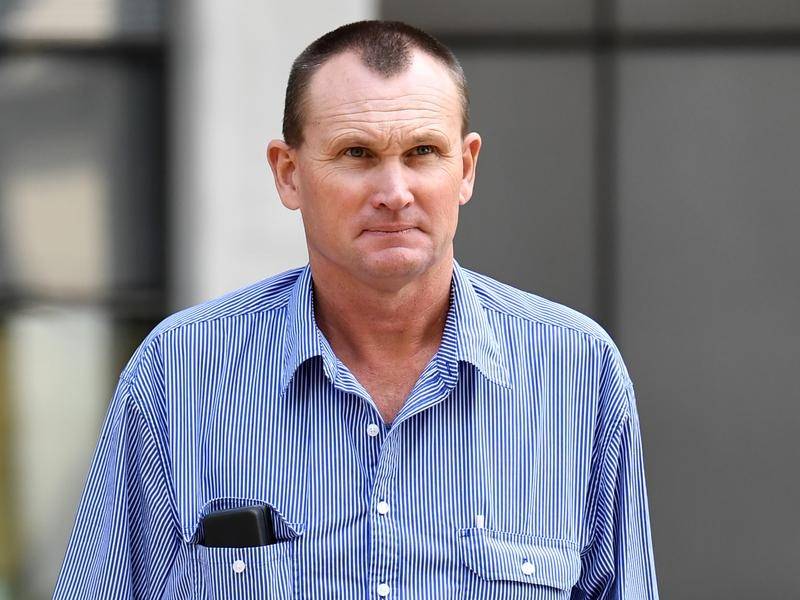 Charleville grazier Dan McDonald has made a last-ditch attempt to overturn his criminal conviction.

He pleaded with a full bench of the court of appeal to not underestimate what has happened in the outback.

A drought-hit Queensland farmer convicted of cutting down trees on his property to feed starving cattle has pleaded with a full bench of the court of appeal to not underestimate what has happened in the outback.

Charleville grazier Dan McDonald, 47, says he was simply doing what farmers his way have always done in tough times when he pushed over 1800 hectares of native mulga trees on his 14,000-hectare property between 2013 and 2015.

But that's not how the Department of Natural Resources and Mines viewed the work.

Mr McDonald was convicted of six counts of carrying out development on his property without a permit in 2017 and ordered to pay fines and costs of $112,000.

With an appeal in the Brisbane District Court dismissed, Mr McDonald has launched a last-ditch bid in the Court of Appeal to overturn his conviction and sentence.

"Imagine living through a fire or a flood or cyclone that tears you apart and destroys you continuously for seven years," the self-represented cattleman said in a tearful presentation to the three judges on Tuesday.

"It's crushing and it goes on and on and on.

"Please, in the interests of humanity, do not underestimate the meaning of drought."

Mr McDonald told the court his land clearing was "more akin to mowing your lawn" and that Mulga begins regrowing quickly.

"We are simply feeding our cows with a renewable resource," he said.

Mr McDonald is appealing his conviction on the grounds the department failed to inform him his activities were in breach of the relevant act despite making inspections of his property during the two-year period.

He also questioned the $112,000 fine and cost order, saying it was disproportionate to a similar case and likely to force him off the land.

A 20-year order prohibiting further clearing and use of the feed had also been placed on the land following his conviction, he said.

The court heard years of drought had slashed the value of Mr McDonald's property to $220,000 and the family of five were receiving Commonwealth benefits to help make ends meet.

It prompted Court of Appeal President Walter Sofronoff to ask the department's lawyer, Ben Power, how Mr McDonald could be expected to pay the $112,000 in fines and costs.

Mr Power told the court mulga was an important resource for western Queensland.

There were requirements about how much could be cleared in a given time, how that was to be done and what other habitat needed to be preserved in the cleared area, he said.

"The question is how best to ensure that resource is available in the future," he said.

The court reserved its decision.