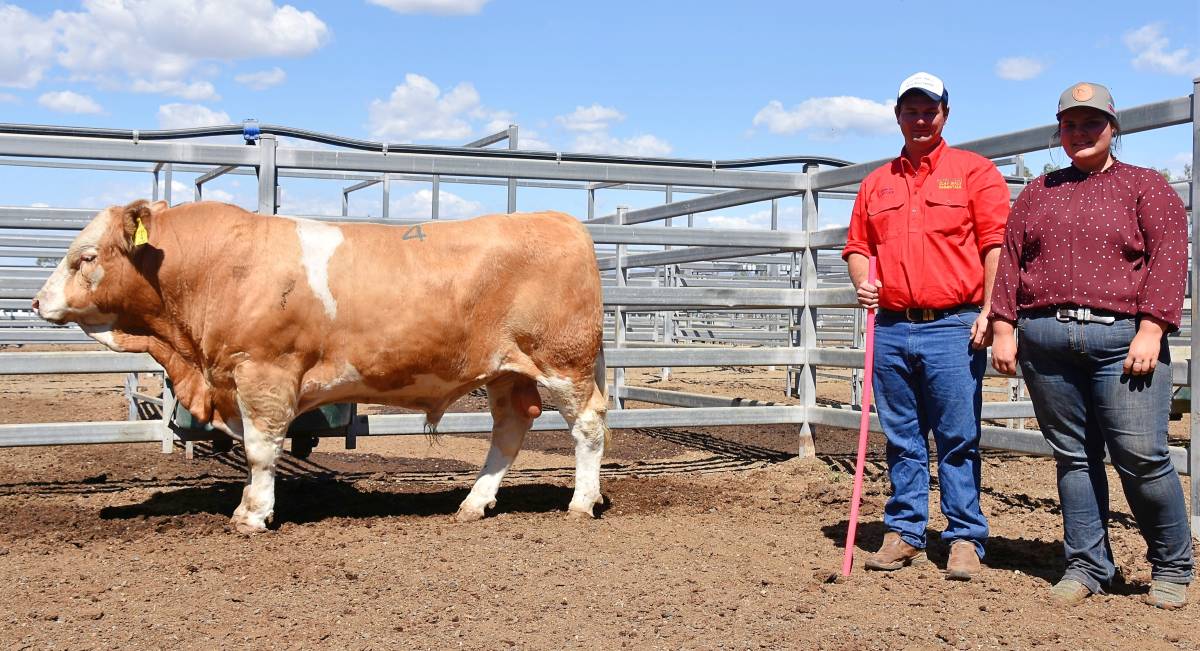 It was a family affair with strong support shown from the stands in Gracemere on Monday at the 5th Annual Clay Gully Simmental Bull Sale, where bulls sold to a top of $23,000.

It was a family affair with strong support shown from the stands in Gracemere on Monday at the 5th Annual Clay Gully Simmental Bull Sale, where bulls sold to a top of $23,000.

A quality line up of traditional and black Simmentals along with three Simbrah bulls were on offer from the three generations of the Laycock families.

A touching address was given by Sophie Laycock before the sale in memory of a great friend and past vendor of the sale, the late Mervyn Newlands.

Overall the sale saw 49 of 51 offered bulls sell for an average of $6081,with a clearance of 96 per cent.The sale saw a slight decrease in average of $300 from the 2018 sale however clearance increased by 20 per cent leaving vendors smiling at the conclusion of the sale.

Sale topper Clay Gully National (P) offered by Rob and Viv Laycock reached an impressive $23,000 early in the sale, selling over the phone to B and N Bauer, Arlington, Augathella.

Second top price for the day was on account of Gareth Laycock and Emily Brassington, Biarra Valley stud with the sale of Biarra Valley Neptune (SC) who sold under the hammer to the Finger family, Hillview, Clermont for $14,000. 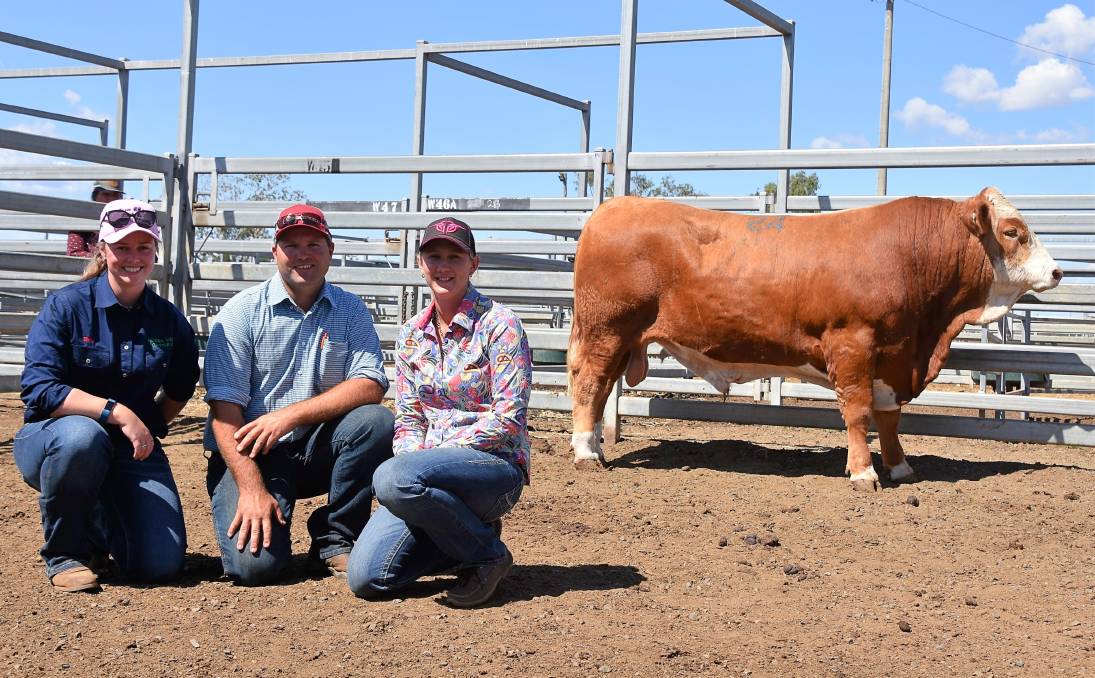 "He was definitely the pick of them, with his length, depth and temperament," Scott Finger said.

Scott and Natalie Finger, Hillview are return and repeat buyers for the Clay Gully sale with Mr Finger mentioning they purchased the family's first Simmental bull from the Clay Gully sale in Emerald back in 2007 and have continued to add to their commercial operation each year.

The Finger family run around 1200 breeders at the Clermont-based property where the new Biarra Valley Neptune will be used over Simmental and Brahman heifers.

The Finger family took home two head on the day to average $11,500, with the bulls described as a pigeon pair.

D and A Humprey showed strong support for the sale with three bulls heading out west to Jericho, averaging $7833. Echo Hills Grazing, Springsure bought three bulls on the day to average $6000.

Other bulk buyers for the sale included Robert and Kim Borg, Sarina who secured three bulls to average $4000 and also the Draper Family, Childers who took home three head to average $4666.

Bulls found homes in Jericho and surrounds in the west and down to Childers and Bundaberg in the south.

Clay Gully's Viv Laycock said it was great to see the volume buyers turn up and support the sale and also to see new faces in the stands. The family is looking forward to the 2020 sale, with the start of the season kicking off at the Ag-Grow Sale in Emerald.