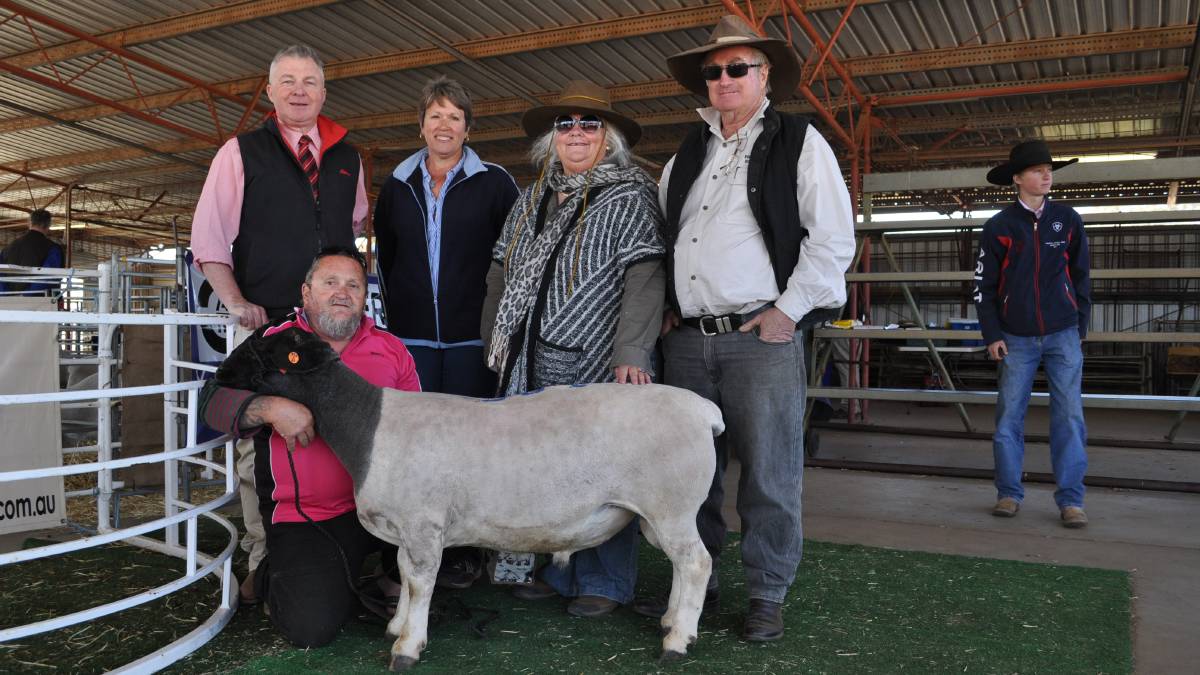 The 11th annual Queensland multi-vendor Dorper and White Dorper ram sale sold to a top of $3800 and average of $1191 and and overall clearance of 90 per cent at the St George Showgrounds on Monday.

The 11th annual Queensland multi-vendor Dorper and White Dorper ram sale sold to a top of $3800 and average of $1191 on Monday at St George.

Mr White said they were looking for good bodied Dorper rams that will mature early with good shedding ability.

He said he believes the Dorper rams are more suited to his market because they fatten better.

They run about 4500 commercial ewes and truck all their fat lambs direct to Thomas Foods International at Tamworth, NSW.

The Whites purchased a total of five Dorpers,four from Harold and Julie Swilkes and one from Melanie Hurley, Melete at Kogan, which was the second top priced Dorper ram at $2200.

Mr Southern said the length, depth and shedding ability along with the growth rate was what he was looking for. 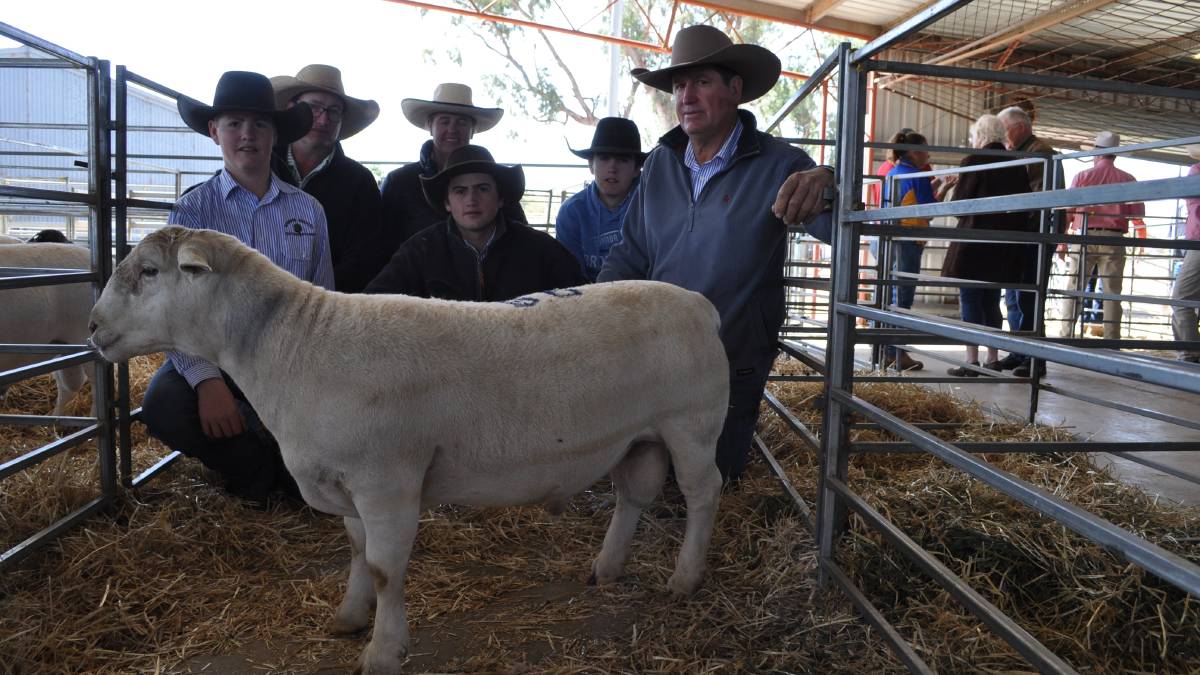 Repeat and volume buyer Lex Jukes and sons, Tregoning, Morven, paid a top of $1600 twice to average $1250 for eight rams. Another bulk and repeat buyer was Grant Bredhauer, Karrawond Station, Cunnamulla who purchase seven rams to average $1028 and paid a top price of $1400 for Henry Dorpers 180140, offered by Barry and Janylle Henry, Allora.

Amarula White Dorpers had the top vendor average for the sale, selling five rams for an average of $1700.

Tinalong Dorpers sold a total of seven rams to average $1457.

Andrew Meara, Elders Toowoomba said under the trying conditions it reached everyone's expectations and went beyond.

"There were half a dozen rams that were above where they have been before so that was a very pleasing result," he said.