Sophie Mackay may use her success in the RNA young judges competition to fuel an agricultural career. 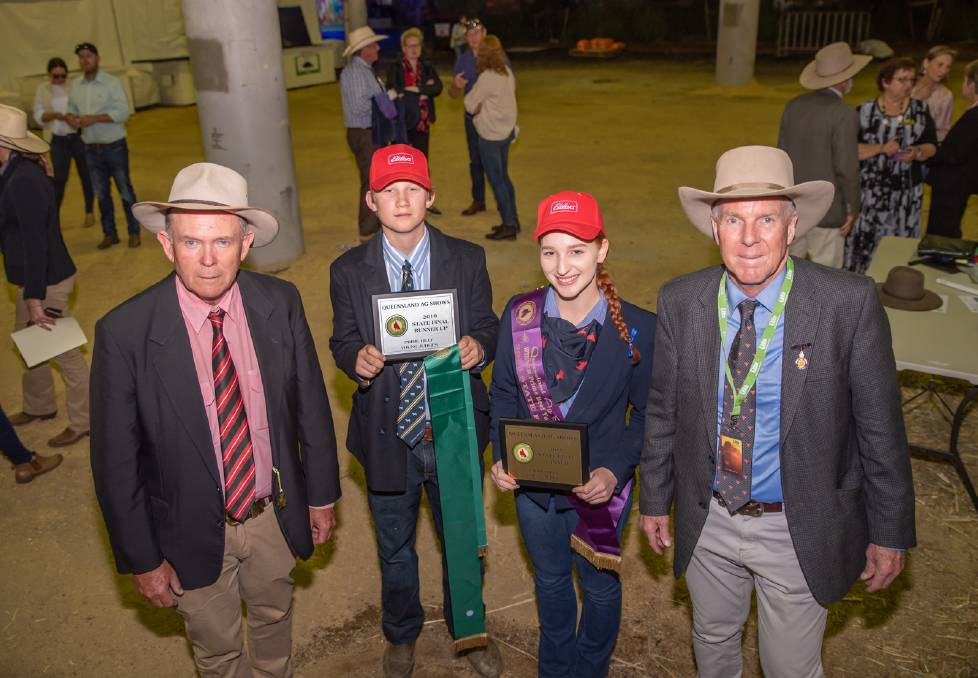 TULLY State High School student Sophie Mackay may use her success in the RNA young judges competition to fuel an agricultural career.

Sophie, who is in the final months of her Year 12 studies, came out ahead of rivals in a close-run contest overseen by Steve Groom, JBS, Brisbane, at the Ekka on August 10.

"That was a great experience," she enthused after being given the vote by an assessing panel.

"It was a bit nerve-racking but I am so glad I did it.

"I was surprised more than most to be the winner but I was lucky to get some great help along the way and that assistance got me to be where I am today.

"I am proud to have done well for my school back in Tully and for the North Queensland sub-chamber, which got right behind me."

Sophie said her victory would underpin hopes for a future in the agricultural sector.

"I would like to apply for a place at university studying in the ag field and see where that takes me," she said.

"I am not sure what particular subject stream, nor the uni, but this has given me a real incentive to keep going forward."

The Mackays are fourth generation banana farmers in the Tully district of Far North Queensland.

However, they do run a diversified operation, according to Sophie.

"We do a bit of cane and cattle and papaya and cocoa on the side as well," she said.

"It's busy and different but that's the way we like it. I think mum and dad will be proud of what I did here at the Ekka and I am sure my schoolmates will be happy.

"But I am more pleased for my teacher Warren Giffin, who gave me the confidence to give this a go."

Runner-up Angus Haynes said he found the competition tougher than he ever anticipated.

Another competitor, Clayton Polzin, Mt Larcom, said it was fun. "I got a pretty good feeling out of it," he sad.

"There was a bit of difference with my scores and the Over Judge but I am going to learn from that.

"I have been doing this for only about five years so I plan on improving."

Mr Groom said each of the competitors earned the plaudits of the crowd.

"The cattle put before them were difficult to assess as they were all quite even, so choosing points of difference would have been hard for those with limited experience," Mr Groom said.

"Yet they all did well and with some of the steers it was only a matter of splitting straws over fine distinctions between form, muscle mass and fat layers.

"Competitions such as this one are to be applauded.

"They give young people an insight into another part of the industry and helps refine their skills."