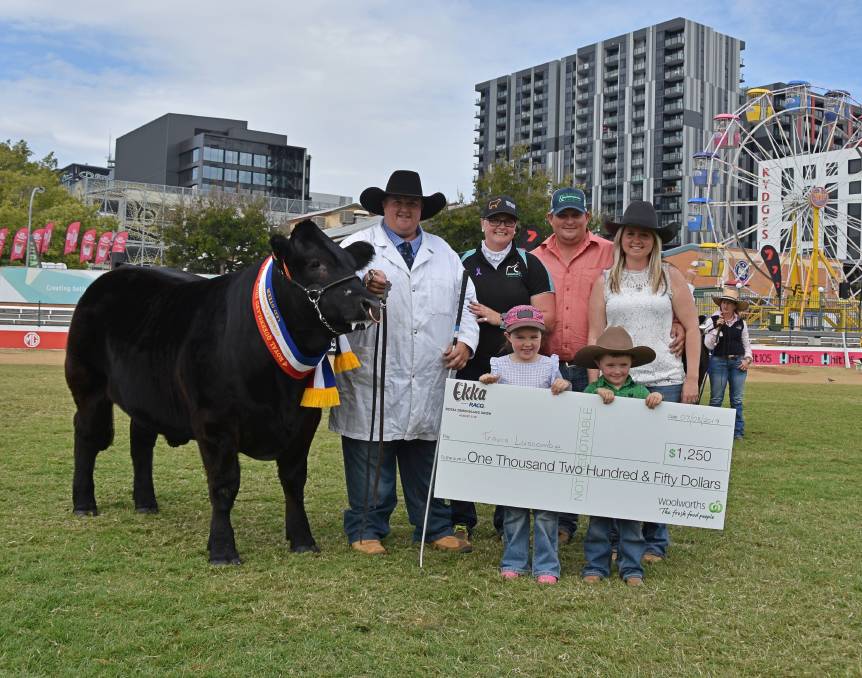 It was an emotional day for Travis Luscombe at the Ekka on Wednesday, taking home the grand champion led steer ribbon.

The accolade was awarded to a 624kg Limousin steer by the name of King Kong.

Bred by Tyson and Courtney Will, Mr Luscombe purchased the steer through the Blue Ribbon Limousin sale in November 2018.

Speaking after the announcement, an emotional Mr Luscombe said the grand champion ribbon had been a long time coming.

"I've been doing led steers for about 20 years now and I have won a few broadribbons here over the years, but this is the first grand champion," he said.

"I said I was going to retire if I won it, but not sure anymore.I still love it, it's just a passion that I've got.

"You really want to get these good steers out and showcase the beef industry and show people what we can do."

Peter Collins, Tennyson, Vic, Glen Franz, Jandowae, and Travis Iseppi, Toowoomba, were given the hard task of awarding the coveted title, with all three commenting throughout the day on the great display of steers and how tough it was to judge.

Commenting on the grand champion exhibit, Mr Collins said the junior led steer, lightweight, mediumweight, and heavyweight steers were four of a kind, but the winner was clear.

"The softness and thickness and correctness this fella has got, he's got it all," Mr Collins said.

"He's soft right down through the front, he's got a deep brisket there, he's got a big hindquarter, he's got a lot of cover on him."