The announcement was made at the ARCBA annual general meeting held during the Ekka on Wednesday afternoon. 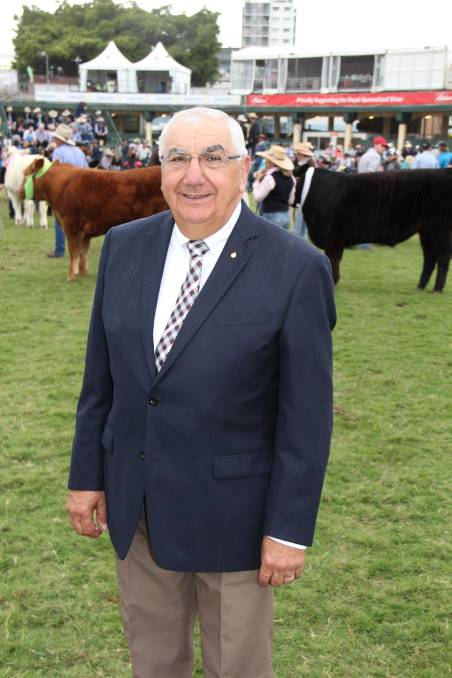 Mr George replaces former president and chairman the late Arthur Rickards who died earlier this year. The announcement was made at the ARCBA annual general meeting held during the Ekka on Wednesday afternoon.

Mr George said ARCBA is a peak body which provides leadership, direction, and education to industry, and he was humbled by his appointment.

"ARCBA not only ensures that we have reliable genetics for cattle breeding but provides leadership to youth in the industry," he said.

"The late Arthur Rickards set the high agenda and I am really looking forward to taking it further."

The ARCBA board acknowledged the outstanding contribution that Mr Rickards made to Australia's beef industry and was instrumental in establishing the peak body for cattle breed associations in 1975.

In 2016, he took on the role of president and set about a revitalisation program, which included the first Young Breed Leaders Workshop in Brisbane in August 2017.

This scholarship has been renamed the Arthur Rickards Youth Scholarship in recognition of Mr Rickards' dedication and contribution to ARCBA, and will be awarded again in October this year.

Incoming president Mr George has strong links to the beef industry. In 1976 he established, and until 1999 was managing director, of the well-known stock and station agency, George and Fuhrmann with offices at Casino, Warwick, Stanthorpe, and Bangalow.

From 1980 to 1999 he was a director and deputy chairman of the Northern Co-operative Meat Company Ltd in Casino. During this time Mr George was also president of the Stock and Station Agents Association of NSW as well as vice-president of the Australian Council of Livestock Agents.

He served as the member for the Lismore electorate in the NSW government lower house from 1999 to 2019 and while representing the National Party he enjoyed the respect of fellow politicians from both sides of politics.

ARCBA also announced 147,293 beef cattle registrations for 2018. This was an increase of 6395 compared to 2017 and is the second highest number of registrations in 20 years.