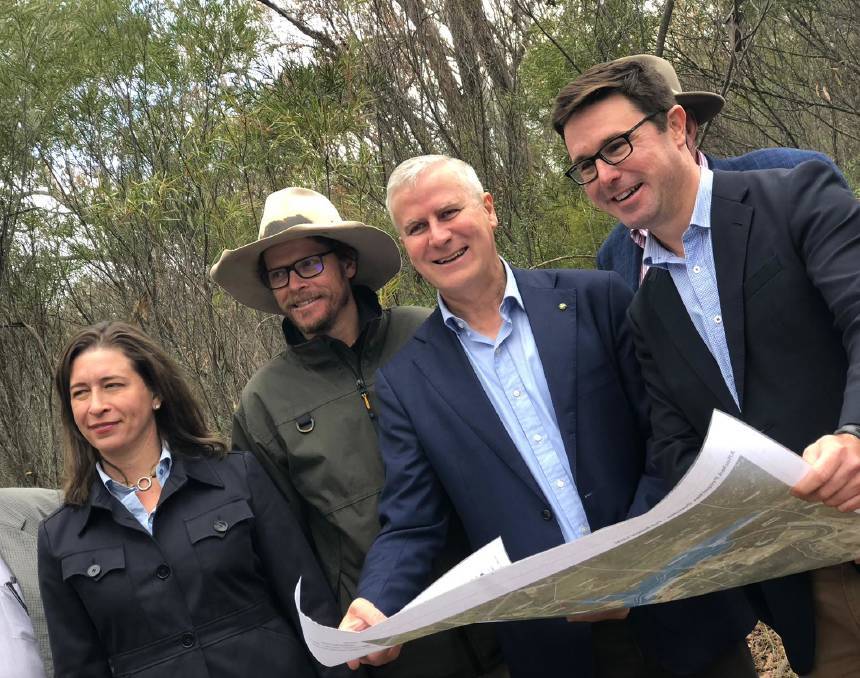 After a long wait the federal and Queensland governments have reached agreement to commit funding to the 10.5 megalitre Emu Swamp Dam on the Severn River near Stanthorpe, in QLD's Granite Belt.

QLD government was the last funding partner to commit to the $84 million project delivering a $13.6m funding promise, after the Commonwealth pledged $47m and local irrigators chipped in with $23m.

QLD Natural Resources Minister Anthony Lynham said the state government had waited to ensure due diligence was done on the cost of the engineering project, which will see the first dam built in the state since 2011.

He said irrigators, who have committed to share construction costs as well as pay ongoing water charges for operating and maintenance costs, shouldn't have to cover blow outs.

"Our concern has always been that local farmers and irrigators don't end up facing considerably higher costs once there's more work done on engineering, geological and environmental requirements," Dr Lynham said on Friday.

"I am today calling on the Morrison Government, not local farmers, to pick up any cost over-runs on this project.

"Communities like Stanthorpe and Granite Belt growers don't need to be saddled with the impact of dam cost over-runs or unexpected operating costs."

"We will work collaboratively with the state government to make sure we get this project moving as quickly as we can.

"It's so important to the local economy and to the region's growers who are carting water to be able to survive. This is the time to build water infrastructure in this country and I am proud the Liberals and the Nationals are getting on with the job."

"This project will give Granite Belt producers the water security they need," Mr Littleproud said.

"I'm pleased the Queensland Government has finally come to it senses and got on board.

"We should have a consensus on water security instead of playing politics."