One of the many busters that's happened on the Mongol Derby over the years.

A year ago Taroom's Sally Conway was full of dreams of riding in the Mongol Derby and raising awareness of mental health in rural Australia - in another few week's time it won't be a dream but reality.

A year ago Taroom's Sally Conway was full of dreams of riding in the Mongol Derby and raising awareness of mental health in rural Australia - in another few week's time it won't be a dream but reality.

The 22-year-old is one of six Queenslanders in a pack of 45 competitors from around the world that will be on the ride of their life in the 11th annual Mongol Derby starting on August 7.

Sally had originally planned to take on the world's longest and toughest horse ride last year but realised she needed time to both do a good job of the ride and to honour her desire to make a difference with a suicide awareness message, so she postponed.

She was also in year three of a farm business management degree.

Now she says she's ready for the Mongolian adventure and has a great plan in place to help a cause close to herself and others.

Her campaign is dubbed Ride with me, ride with Lee - Lee being her late aunt and the person at the foundation of her determination.

She has paired up with Nicole Gibson, Young Australian of the Year finalist and Pride of Australia Medallist, who was good friends with Lee.

Read more: Ride with me

Together they'll be organising events later this year, starting with the Gala in the Gorge at Isla Gorge at the end of October, with workshops in Taroom and Moura to follow, for a start.

"I've seen a lot of mental health issues and realised it's easy for them not to be seen - they stay behind closed doors," she said.

"The last thing I wanted to do was raise money and have nothing happen - we want to incorporate awareness raising with social events, because there's a stigmatism that's stopping people from getting the plenty of help that's there." 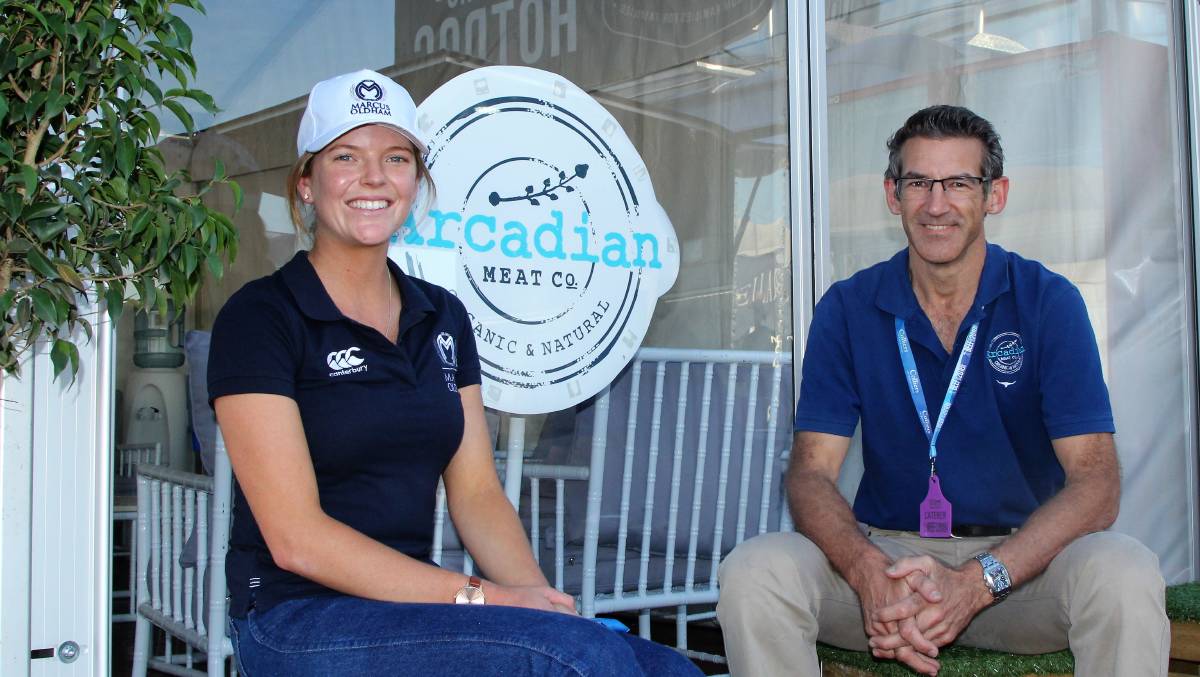 Sally Conway met up with Arcadian Organic marketing manager Paul da Silva at Beef Australia 2018 to thank him for their donation.

Sally saw the Mongol Derby as a vehicle for making this happen after a conversation with a fellow worker on a Kenyan cattle ranch in 2017.

Running a Charbray cross steer business from her Taroom base, she grew up riding horses on the family property and has tried out plenty of horse-riding jobs around the world - riding race horses in training in France as well as the Kenyan job, and as part of a trick-riding team in California.

She has already raised $3000 for R U OK? and has banked another $1500 since then. Any money that Sally raises will be shared between the Royal Flying Doctor Service and the Rogue and Rouge Foundation.

Fellow Queenslander and the most successful Derbyist to date, Will Comiskey, has been a tremendous mentor, Sally said.

She has never competed in an endurance race and knows she won't be the best rider on the steppe but says "I know why I am riding and who I am riding for; I think this will give me the strength I need." 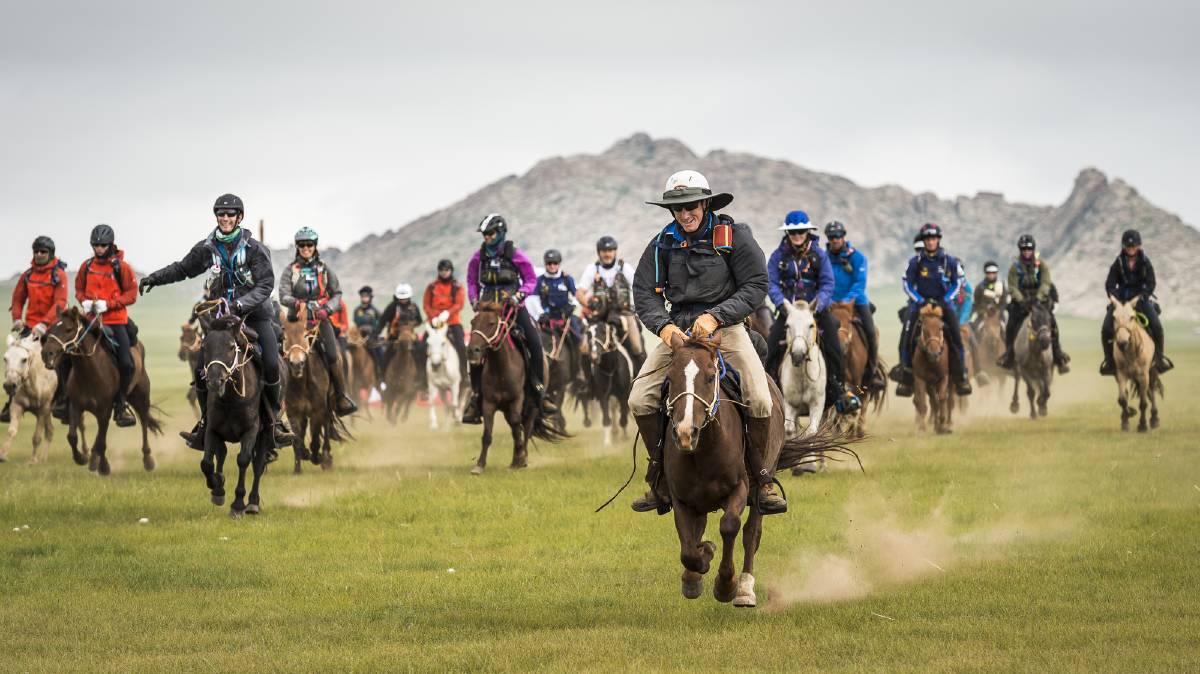 Queensland's Will Comiskey, centre, leads the field out at the start of the 2017 Mongol Derby.

The other Queensland rider is 29-year-old Lucinda Kyle who has spent the past five years on cattle stations in western and central Queensland as a ringer, breaking in and training her own and station horses for campdrafting.

She bought an ex-racehorse and a saddle when she was 15 and admits she ate a lot of dirt.

She is riding to raise awareness of ovarian cancer, a silent disease a close friend is battling.

Sally and Lucinda will be joined by 31-year-old Alice Spring helicopter pilot Sam Chisholm, who has ridden a motorcycle from Argentina to Alaska and did the Mongol Rally in 2015 with two mates, and is on a mission to both finish the race and locate the car they blew up on the steppe.

Two Western Australians, Jesse Byrne, 36, and Sarah Brown, 34, are in the Aussie mix - Jesse has been working in the racing industry since he left school, and Sarah has ridden thoroughbred racehorses the world over.

The last Australian making up the sextet is Justine Hales, 43, from Melbourne, a Kiwi in Oz who has ridding her whole life.

The horsemen and adventurers from around the world all ride up to 160km a day, navigating independently and changing horses at 40 kilometre intervals.

"All think they are fearless and ready for the most extreme adventure of their lives," the promotors said. "We'll see...some will crash and burn."