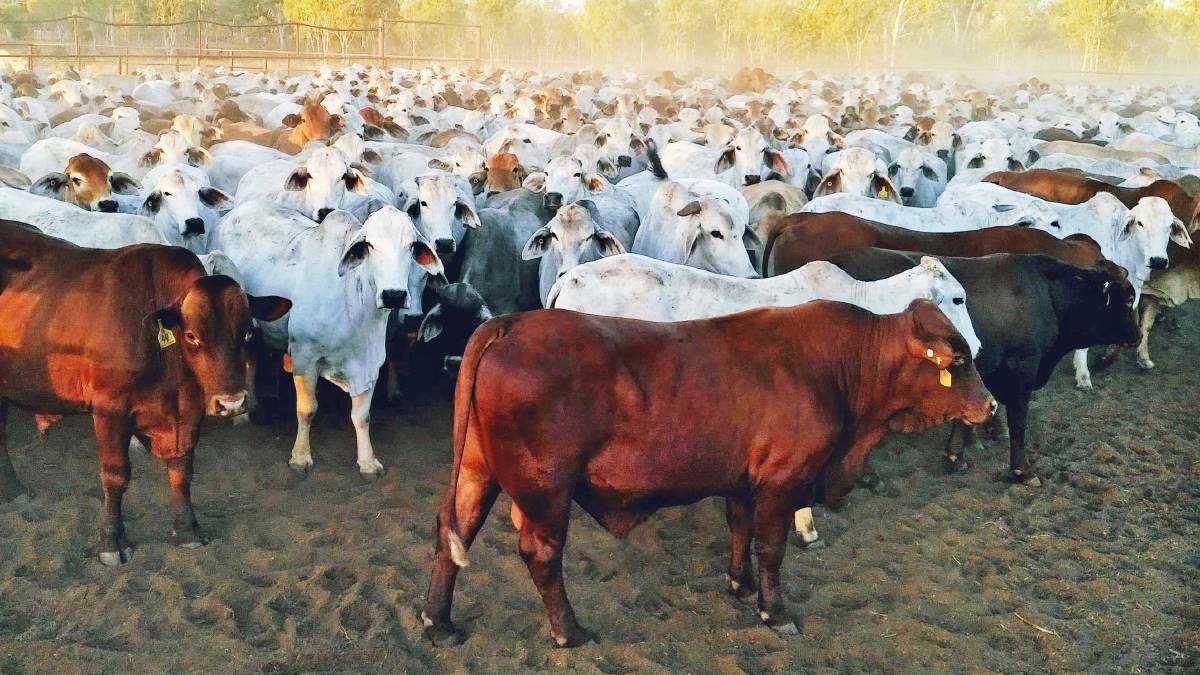 Composite cattle are nothing new when it comes to the major stations in Northern Australia.

Although several of the company's properties have been sold off by its UK parent company, Terra Firma, it still produces 25 million kilograms of beef a year from its remaining nine properties in Queensland, Northern Territory and Western Australia.

The company also holds a 90 per cent interest in Juang Jaya Abdi Alam, which owns and operates two feedlots in Indonesia.

Mr Setter said composite cross-breeding of cattle had been practiced in Northern Australia for a very long time but advances have been made.

"I would say with genomic technology and the potential for multibreed EBVs as well as changing market pressures and all of us trying to get the most productivity we can out of our businesses, there's more of a role for composite cattle and cross-bred cattle in Northern Australia than there has been in the past," he said.

"It has got easier and DNA technology is starting to get really powerful and we're pretty excited about some of the genomic opportunities.

"However for us, using multiple breeds across multiple properties in multiple environments, having current crossbred or composite EBVs would be very powerful.

"I think the industry's been working on it for many years and hopefully we'll see it come to fruition very soon."

Mr Setter said traditionally CPC had operated a predominantly Brahman cow base across its northern operations, using either purebred Brahman bulls, Angus or Charolais bulls to breed terminal steers for export trade, both live and as boxed beef.

The female progeny would be brought down to Central Queensland properties to be bred with Angus bulls for boxed beef.

"That worked well for us for quite a few years," he said.

"Our northern herd was Brahman cow based and our Central Queensland cow herd was predominantly Brahman Angus cross with some Charolais infusion as well pure Angus.

"What we've been doing over the past five years is infusing more tropical composite genetics, so Belmont, into our properties in the Northern Territory and retaining those females with the Belmont helping us improve fertility, improving rebreeding rates and reducing the age of puberty for first joining our heifers substantially," he said.

"It's also been giving us an increase in weight gain up until feedlot entry in Indonesia and because we retain those cattle in Indonesida, it's been giving us better feedlot performance and also better carcase yield for our customers."

The company has also been increasingly infusing Angus and Wagyu genetics into their northern herds, Mr Setter said.

"We're trying ultimately put about 25pc British bred or Wagyu genetics back into the Brahman cow herd to increase fertility, increase productivity, again reduce the age and weight for heifer puberty and increase the rebreeding weights but also improve feedlot performance for our own feedlots as well as the cattle we sell to our customers," he said.

With genomic technology and the potential for multibreed EBVs as well as changing market pressures and all of us trying to get the most productivity we can out of our businesses, there's more of a role for composite cattle and cross-bred cattle in Northern Australia than there has been in the past. - Troy Setter

In Queensland the company is also increasing their Angus and Wagyu content in their commerical to get hybrid vigour benefits and more market flexibility with feedlot, grass-finished and live export markets.

"Our cow herd in our most northern properties is still predominantly Brahman but our heifers and our younger cows, more and more of them have got a little bit of either Belmont or Angus or some Wagyu in them so that's helping increase our productivity," he said.

"It's a bit of a journey but we're certainly well down the path."

Mr Setter said through a combination of increasing fertility and productivity through genetics and improved management practices such as smaller paddocks and better supplementation programs, CPC had been able to increase their branding percentage over 5 years by about 20pc.

"With our Belmont genetics, we've bought just about all of them from Seifert Belmont Reds and we've been really happy with the genetics we've bought from them," he said.

"They're absolutely ruthless on fertility and productivity and that's given us confidence to be a repeat buyer of their genetics.

"We've drawn pretty widely with our Angus genetics but some of the studs that we've purchased from include Clunie Range and Burenda.

"We've also bought UltraBlack genetics from Nindooinbah and Palgrove that we've been really happy with."

"I think with the Brahman genetics we've got, the tropical composite with Belmont, as well as some Angus and Wagyu, a little bit of Charolais genetics, we've certainly got enough breeds," he said.

"It's more about selecting and measuring and breeding the right cattle and the most profitable cattle rather than getting too hung up in individual breeds."