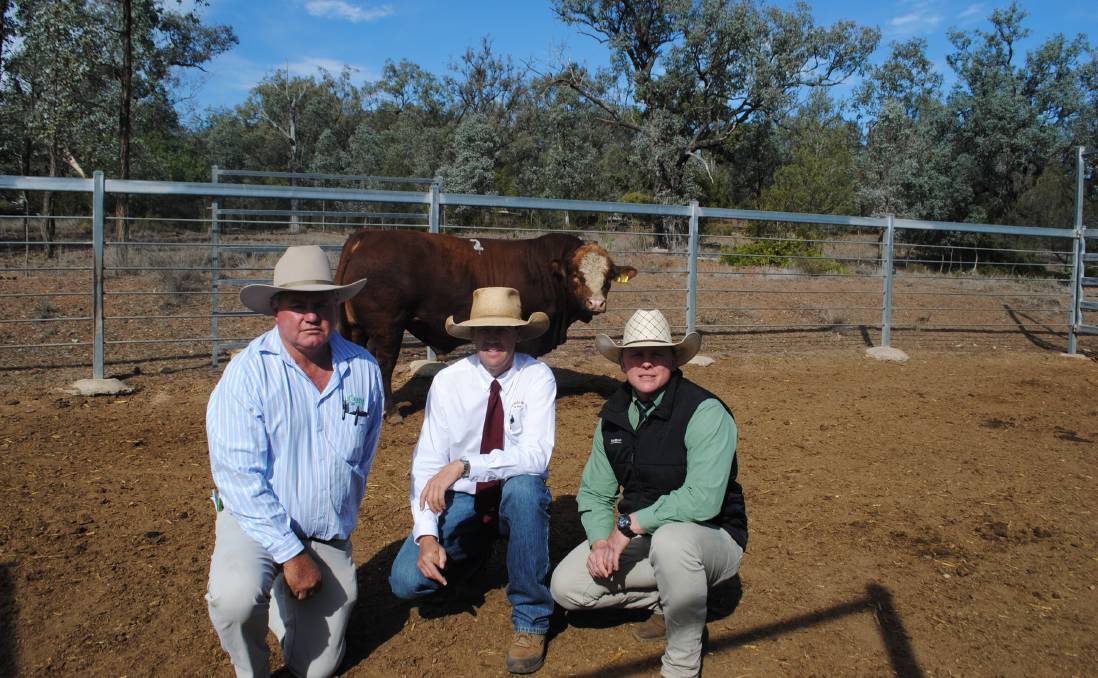 A son of Woonnallee Dimension, described as one of the one of the most complete sires ever offered for sale by Lucrana Simmentals, has fetched a top price of $16,000 at their annual on-property sale.

A son of Woonnallee Dimension, described as one of the one of the most complete sires ever offered for sale by Lucrana Simmentals, has fetched a top price of $16,000 at their annual on-property sale.

Buyers from across Queensland and the NSW North Coast attended the on-property sale near Texas.

Bulls averaged $6137 with 58 bulls out of 59 sold under the hammer, with the remaining bull sold in post-sale negotiations to make an on the day clearance of 100 per cent.

The two-year-old son of Woonallee Dimension from Lucrana K15 entered the ring as only the second lot of the day, weighing 980kg.

Lucrana Nadal will go into the Appletons' stud herd.

"I thought that would be the most difficult thing this year, to get 100pc clearance," he said.

"That's probably the most pleasing aspect of the sale.

"Central Queensland was strong, as was the Northern Rivers where the season's a bit better but there were still quite a few that went to the Western Downs as well."

Mr Moore said Lucrana Nadal had been his pick of the draft and he wasn't surprised to see him draw the top money.

Lucrana Navigator (P) (AI) kicked off the sale, selling for $6000 to Clerkness Pastoral Company, Bundarra, NSW with 50pc of the profits to go to the Black Dog Institute.

He was one of three bulls bought by Clerkness Pastoral Company, averaging $7333.