It may be one of the least populated parts of Australia but even residents of the remote Diamantina shire have been touched by cancer.

It may be one of the least populated parts of Australia but even residents of the remote Diamantina shire have been touched by cancer.

They responded the way they always do in the far south west of the state when three of their men put their hand up to ride 200km to raise money and awareness for people battling the insidious disease.

After four days in the saddle riding from Bedourie to Birdsville, Kevin 'Spinny' Monaghan, Don Rayment and Jeff Dare, accompanied by Winton's Rod Cluff, joined 180 people at a gala dinner at the Birdsville racecourse last Friday to whip up a fundraising storm.

The charity auction raised over $8000 but the final tally won't be known until the campdraft and bronco branding weekend at the end of July. 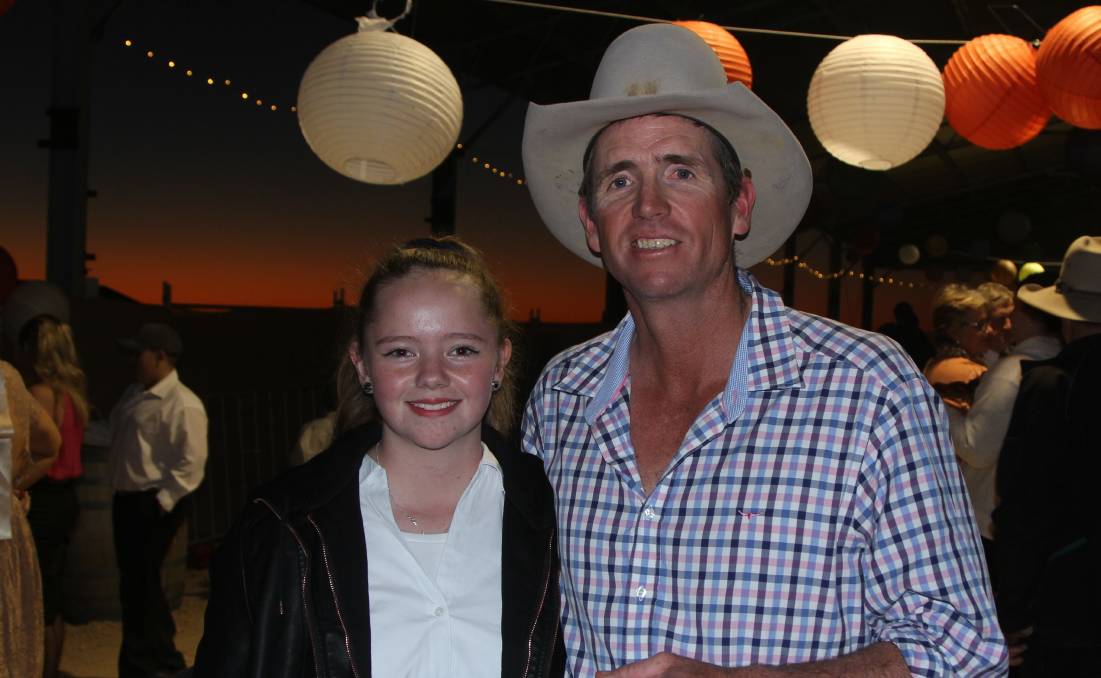 The evening's MC was Barcoo shire mayor Bruce Scott, who spoke from the heart as one who had supported a loved one fighting cancer.

"It's a question we've all asked ourselves - what can I do," he said. "This community has always faced up to its challenges. Every time it comes together, celebrates and meets the challenge as one."

Spinny's grandaughter Venessa Harris was diagnosed with Ewing's sarcoma in 2015 when she was 12 years old and had just won a major modelling competition with the offer of a three-year contract and a trip to Paris.

"Visiting with Ness in the Lady Cilento Hospital, we saw the different ages from newborn to teenagers fighting this dreaded sickness and parents trying their hardest to keep their families together," he said. "From my own experience this was very stressful and frightening. I wanted to do something."

Don's eldest daughter Maree was diagnosed with breast cancer in 2017. She has gone through all the treatments and now has an all clear.

"When Spinny told me he would like to ride and raise money for charity, I thought it was a great idea. The more I thought about it the more I wanted to be a part of it.

"The ride was a challenge but was nothing compared to what cancer does to individuals and their family and friends."

For Jeffrey Dare, Venessa and other family and friends touched by cancer were who he rode for.

He said visiting Venessa in the children's cancer ward had been quite confronting.

"You can't help but feel a sense of hopelessness and I could only imagine what the families felt," he said.

"Cancer use to be something you would hear about from time to time but now it seems to be a lot more constant.

"When Spinny spoke about this ride for kids with cancer I said I'd be happy to help."

Don said several other people in the close-knit community had been diagnosed with various forms of cancer in the last 12 months, three of them sadly losing their battle far too early.

They were joined by Winton's Rod Cluff, who rode for his neice Suzette, who recently passed away from the scourge of cancer.

A star-studded lineup of speakers had a few simple but clear messages for guests at the Ringers Ride for a Cure dinner - care for yourself, listen to your symptoms, and be there for the people combating the disease.

Former Waratahs rugby player Will Caldwell, owner and director of Mirage Land and Water Co at Cunnamulla, had his own battle with Crohn's Disease and travelled up from Young in NSW to speak about what he'd learnt.

"Rugby players share traits with bushies - they're both tough stubborn buggers that think they're 10 feet tall and bulletproof," he said. "My story's not about cancer but about caring for yourself. When professional sportsmen get an injury, they're amazing at rehabilitation to get back on the field but it's not the same when it's about your mind."

Will met renowned Sydney surgeon Chris O'Brien before he succumbed to brain cancer and said he would always remember his words to "ignore the voice that says I'm all right - listen to your symptoms".

Jenna raised $70,000 for bowel cancer in her epic Running for Bums statement in 2018, when she ran the equivalent of a marathon every day for 100 days, from the bottom of Tasmania to the tip of Cape York.

"When we fundraise we do it for others that can never repay you; that's the joy of it and what small communities are so good at," she said. "Fundraising creates awareness so that cancer can be picked up earlier - earlier detection means less people die."

She congratulated the four men for doing something extraordinary to "not only create this event in your minds but in reality".

It was a similar message from Leonie, who said it had not been easy to organise from the remote location but it had successfully brought attention to an important message.

Leonie was diagnosed with breast cancer 12 years ago, thanks to a mammogram and talked about the many dark days that followed, made easier by the West'n'Breast support group and friends that cooked, cleaned and listened.

Venessa Harris, the young woman who helped inspire the ride, talked about the support she'd received in her fight against Ewing's sarcoma, as did leukemia survivor Bev Morton.

"What got me through was my community, their strength," she said, showing her own strength of mind.

Related: Venessa Harris is the face of Birdsville races

Central West Hospital and Health Service chief executive Jane Hancock spoke on the advances being made in treatment and cures from a medical point of view, while David Brook painted a picture of the brave city-bred nurses treating over 2000 patients a year without doctors or radios in the old stone building that now stands in ruins in the middle of the town.

Ms Hancock said it had been a privilege to hear the stories from survivors that brought the fight to life.

"I feel optimistic about the chances for a cure," she said, citing the positive effect the HPV vaccine had had on the elimination of cervical cancer.