UPDATED: Contrary to what the Aussie pulse sector first believed, Australia will not be subject to increased lentil tariffs to India. 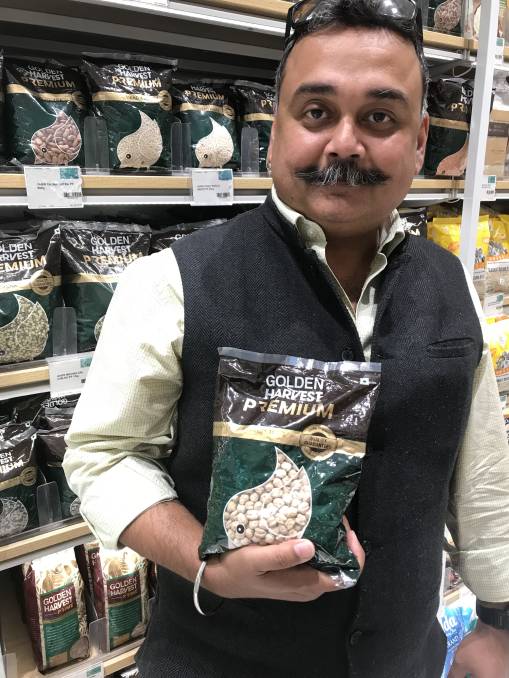 LEGUME LOVERS: India is a big consumer of pulses, such as the chickpeas pictured in the foreground, along with lentils.

CONFUSION has been cleared up in the Australian pulse industry this week after it emerged Australia would not be subject to increased tariffs on lentil exports to India.

Initially, Pulse Australia believed duties on Australian lentils going to India would be lifted from 33pc to 55pc, however, the Indian government has since clarified its position and said only tariffs on US imports will go up.

India is in the middle of a spiralling tit-for-tat trade war with the US and has imposed additional retaliatory tariffs on the US in response to the US imposing its own trade sanctions on yet another nation.

The US, unhappy with existing Indian trade restrictions on commodities such as whisky and motorcycles, had previously hiked its duties on Indian goods such as steel and aluminium and earlier this month withdrew incentives to Indian exporters under its Generalised System of Preferences (GSP) program.

In response India has put in place 28 new duties, many on agricultural commodities.

Pulse Australia chairman Ron Storey said with few Australian lentils moving to India at present the decision, which gives Australia an advantage over the US into India, was not likely to shake things up too much.

"Since India first imposed duties on lentil imports at the end of 2017 most Australian lentils have been heading to Pakistan and Bangladesh and that has been the case again this season," Mr Storey said.

He said pricing was on the cusp of seeing Australian lentils competitive into India, even with the duty, but said any export tonnages would likely be limited.

Meanwhile Mr Storey said he expected lentil plantings to be down due to a combination of agronomic and marketing issues.

Export quality old crop lentils are around $550 a tonne, compared to faba beans at around $850/t, still riding high after last year's record breaking season where prices pushed over $1000/t.

"Lentils are mainly a South Australian, Victorian and to a lesser extent southern NSW crop and given many farmers in the south have had a good early break they have flexibility in their pulse plant.

"The best option agronomically when planted late are lentils, but with the early break farmers can easily plant alternative pulse crops, whether it be faba beans or whatever."

Mr Storey said it was unlikely circumstances would conspire again to deliver such high faba bean prices, which occurred due to low plantings in Australia combined with a poor European season, meaning a massive international shortage of the legume, which often trades at large discounts to more popular human consumption pulses such as lentils and chickpeas.

Early new crop faba bean prices, for November delivery, are around $500/t, however this is still historically high compared to long term averages of around $300/t.

Pulse Australia is reporting a 5 per cent increase in faba bean plantings primarily on the back of more crop going in through South Australia and Victoria, where the bulk of the national crop is grown.

Price-wise, strong demand from both Egypt, the world's largest consumer of faba beans and the livestock and aquaculture industries means that there are solid prospects for the crop, expected even once new crop European product comes online.

On the chickpea front Mr Storey said the ongoing dry in Australia's chickpea producing heartland in northern NSW and Queensland meant officials were not expecting a large crop.