As the minutes stretched to hours, Robyn Neilson desperately did everything in her power to keep her critically injured neighbour alive 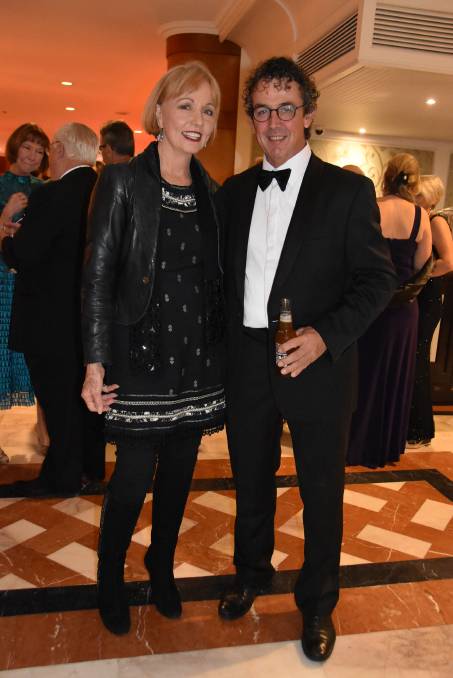 AS the minutes stretched to hours, Robyn Neilson desperately did everything in her power to keep her critically injured neighbour alive until help could arrive.

Robyn was the first responder to an horrific farm accident at Cantaur Park in central Queensland, where Gayle Shann suffered life threatening injuries after an accident with a post hole digger.

It was 17 years ago now, but Robyn clearly recalls the harrowing events of the day she fought to keep Gayle alive.

Robyn and her husband had been mustering that week, leaving the homestead by 5am. But on that fateful day, Robyn had convinced her then-husband to have a later start and they planned to leave the house at 7.30am.

At 7.15am, the phone rang. It was a worker on her neighbour's station, saying that Gayle had been injured and they needed help.

Robyn, a trained nurse who hadn't practiced clinically for nearly 20 years, asked her husband to load up the four-wheel drive with her first aid kit, towels and sheets then called the RFDS.

"Dr Cliffe Neppe answered the phone and when I told him what I was calling for he said: "thank God you have rung, we have no idea where to go other than to a property called Cantaur Park one hour north of Moranbah."

The accident happened in the days before mobile phone service and GPS.

Robyn, a stickler for safety, had the information on hand that the RFDS needed to reach the property, with position co-ordinates, and surface and length details about nearby airstrips.

She then made the 15km drive to help her neighbour, but nothing could have prepared her for the extent and severity of the injuries she faced when she got to Gayle.

The accident had left Gayle with severe trauma injuries including a tear injury from her severed arm and shoulder blade, and a cut on her face that left her eye socket exposed.

"I don't think I have ever felt so isolated in my life."

With no signage to the property, a doctor from Moranbah had driven past and did not arrive for two hours. The RFDS and CQ Rescue arrived shortly after.

The situation remained dire. It took three hours before doctors were able to stabalise Gayle to fly her to Townsville Hospital.

"Gayle's injuries were really extensive but the main ones i had to deal with that day were her eye and right arm tear injury," Robyn said.

Robyn said she had put a simple system in place when she first moved to Glen Avon, which she credits for helping save Gayle's life.

"The emergency services card I know helped save Gayle's life because I didn't have to look for any of that information. If I did, it would have taken five minutes or longer and Gayle would not have survived by the time they got here."

After Robyn arrived home, what she later learned was post-traumatic stress disorder kicked in and left her a 'vomiting, crying mess'.

"I couldn't understand it, as nothing had happened to me, Gayle was alive," she said.

Robyn shared her story as a first responder with doctors at the RDAQ conference in Cairns at the weekend.

She urged rural doctors to look after themselves as they had done for her and other first responders, but to also be proactive about promoting farm safety and accident prevention.

"Rural doctors are an important conduit to the farm safety process.

"Have those difficult conversations.

"If someone comes in with a broken arm or a laceration or a child has fallen off a vehicle to discuss farm safety procedures and to ask if they have evacuation plans in place if something worse occurs.

"I have enormous admiration and respect for Gayle and Mac and the way they have made extraodinary adjustments to their lives, yet still do most of the things they planned to do."