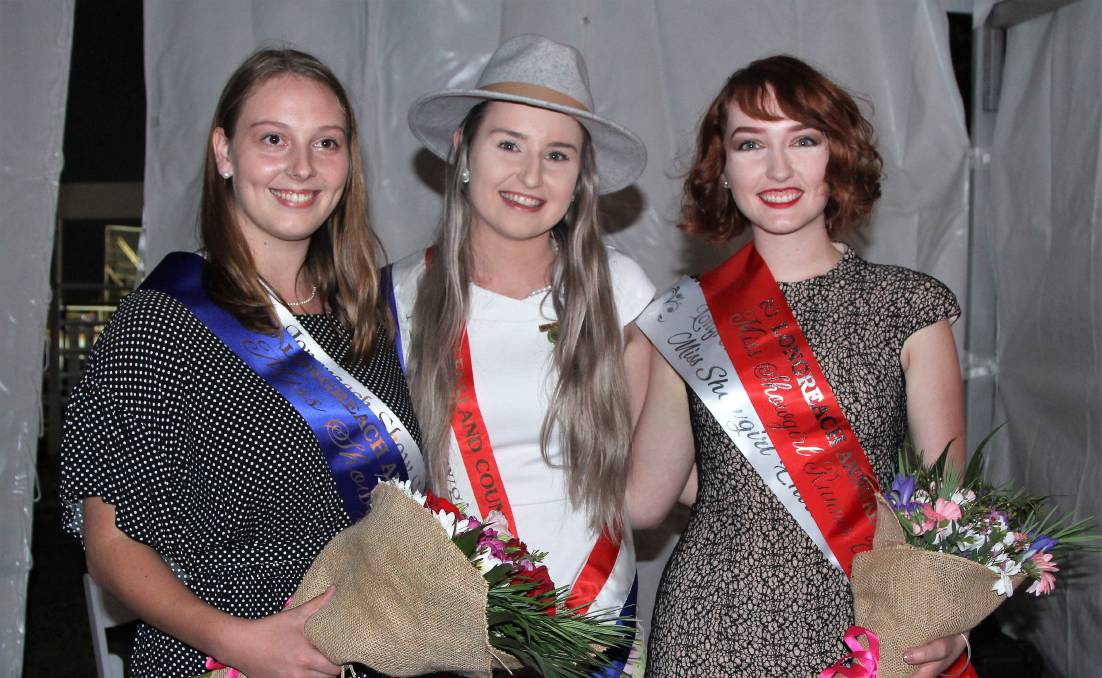 The Longreach Show Society will have governess Anna Finlayson and sheep and wool expert Allycia Bennett representing it in Miss Showgirl and Rural Ambassador competitions this year.

The Longreach Show Society will have governess Anna Finlayson and sheep and wool expert Allycia Bennett representing it in Miss Showgirl and Rural Ambassador competitions this year.

The two young women were announced as Longreach's Miss Showgirl and Rural Ambassador respectively at last Friday's sponsor's drinks prior to the opening of the show.

Anna, aged 18, originally from Goondiwindi, is governessing in the Ilfracombe region this year and is working towards being a secondary teacher.

Longreach born and bred Lily Smith was the runner-up.

Lily, also 18, was a school captain at the Longreach State High School last year and is an apprentice hairdresser.

Anna's next step will be the Central and North West chamber judging at Cloncurry, but for the new Longreach Rural Ambassador, the Ekka is her next stop. Allycia Bennett, well-known for her three years as the Elders district wool manager and as sheep and wool instructor for the Longreach Pastoral College, is the only Rural Ambassador from the chamber.

The announcements were the culmination of a day of professional development for all entrants and an address from Gregory MP Lachlan Millar.

He said that advocating for the region was incredibly important.

He also acknowledged the presence of 2018 Queensland Country Life Miss Showgirl Michaela Tapp and the impact of flooding in north west Queensland on her community of Cloncurry.