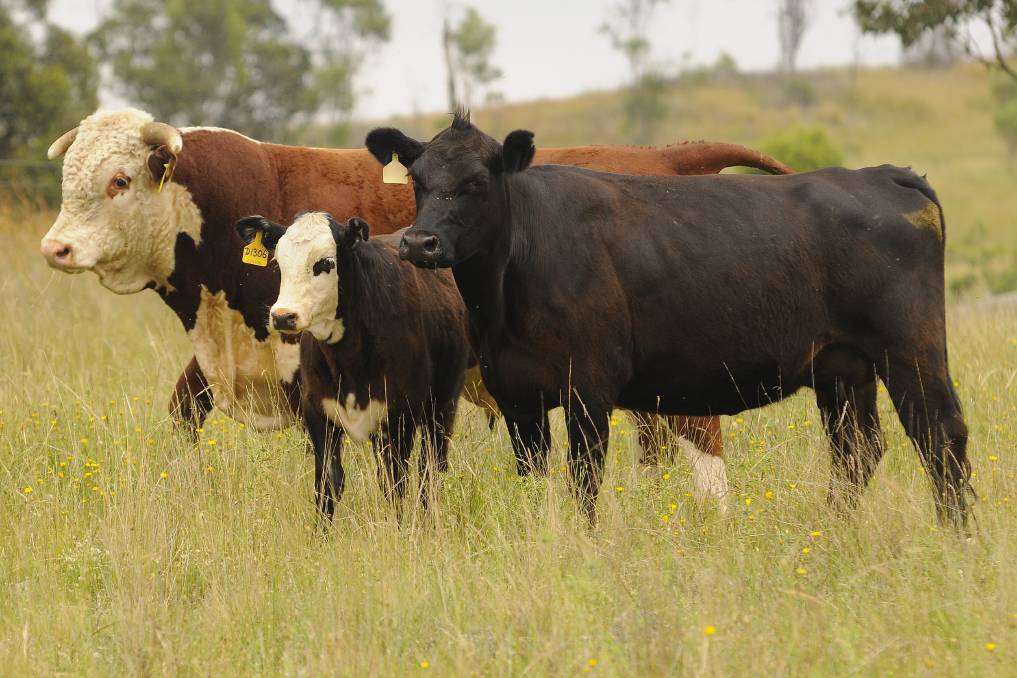 More kilos: The trial has shown that Hereford-sired steers are up to nine per cent heavier then pure Angus.

Advertiser content: Benefits of the hybrid vigour in black baldy progeny has been quantified with the release of preliminary calving and weaning results from the Herefords Australia Black Baldy trial.

Trial data has shown that a boost of up to nine per cent in weaning weights can be achieved in steers out of Angus females joined with Hereford bulls.

The benefits of the hybrid vigour in black baldy progeny has been quantified with the release of preliminary calving and weaning results from the Herefords Australia Black Baldy trial.

The crossbreeding trial is a partnership between Herefords Australia, Adelaide University, and Meat and Livestock Australia, with the cattle being grazed at Cape Portland and Nabowla in Tasmania under the management of Musselroe Beef.

Live, carcase and meat eating quality data is being collected on the progeny through the supply chain, from birth to slaughter, and analysed by University of Adelaide professor Wayne Pitchford.

"Close to 600 commercial Angus females were artificially joined to 11 industry leading Hereford sires, along with Angus as a comparison," he said.

"The trial began in spring, 2014 and is due to finish in December, 2019 with the last of three cohorts of steers to be grass finished and processed in July in Tasmania.

"Forty per cent of the calves were born to two-year-old maiden heifers and the balance to three- and four-year-old mature cows.

Herefords Australia general manager Andrew Donoghue said the added weaning weights produced in the trial have proven the worth of a Hereford sire in a terminal breeding program.

"During the next stage of our research we are excited to prove the added maternal value of the Hereford F1 cow based on added fertility and longevity - core profit drivers in any business," he said.

"The trial results and on-farm benchmarking data on the black baldy will give producers a complete crossbreeding package.''

High performers across the nation 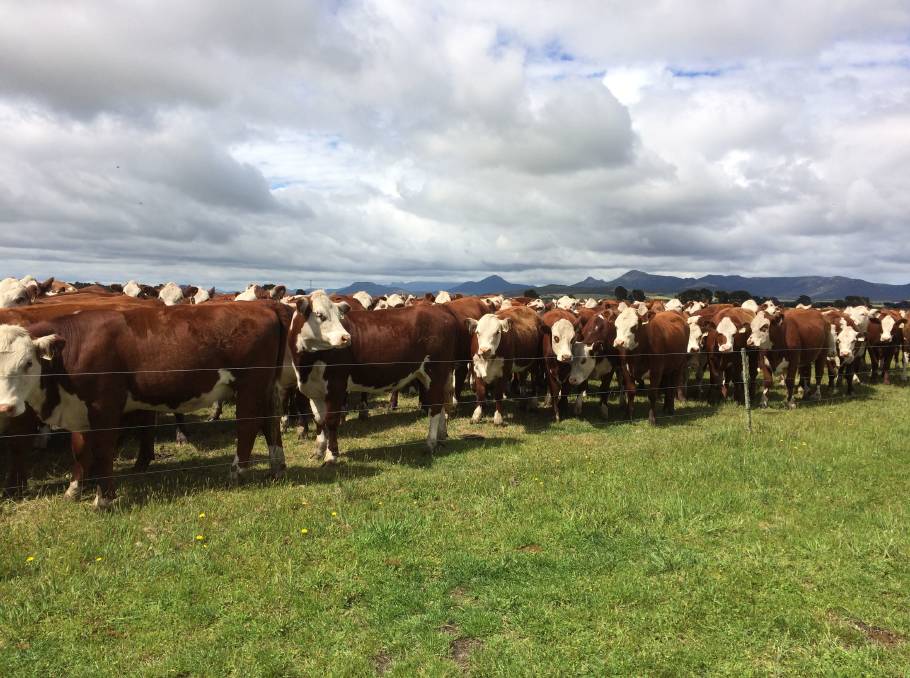 Crucial: Quality Poll Hereford genetics has been instrumental in driving the expansion of Killara Pastoral Co at Flinders Island in Tasmania.

Trading as Killara Pastoral Co, the couple currently run 1450 Hereford and Hereford-cross breeders, on their 1600ha property at Memana, on the east coast of Flinders Island, and on 200ha at Springfield which is used for heifer finishing and as a backgrounding block.

During the past 25 years, the Andersons have expanded their beef herd significantly with extensive benchmarking information helping to confirm their cattle operation profitability.

They aim to turn off about 400kg of beef per hectare, at a cost of production of $1.10/kg of beef produced/ha, averaged over five years.

"I'm focused on growth, particularly 400 and 600-day weight, but this growth must be balanced with positive fats," he said.

The cows calve for eight weeks from mid-August to mid-October, with the heifers calving two weeks earlier to give them more time to recover before they begin their second joining.

"I see the returning calf of those first-calvers as one of my key benchmarks of herd fertility.

"The aim is to get the same amount of heifers back in calf as the cows, our current conception rates are about 90pc to 92pc, and we are hitting that target generally three years out of five."

Any heifer weighing over 300kg is mated, with joining length used to determine replacement numbers.

Heifers which do not get in calf are sold as stores or finished on-farm at a target weight of more than 480kg, depending on the season.

Killara Pastoral Co markets about 650 steers each year to backgrounders, aiming to turn them off at an average of about 450kg at 16 to 20 months of age.

About 50pc of the draft are sold privately to repeat buyers while 250 to 350 head are sold on AuctionsPlus in January each year.

The majority of the females are run on the 2000ha Talcalbah, which is managed by Mr Taylor, while the remaining breeders are at South Westgrove and New Merivale (13,000ha combined) which are used as fattening blocks.

Drew said Herefords were introduced into the operation close to 30 years ago, and that his confidence in the breed has never wavered.

"They're a good all-round breed, and excellent converters. Having the really good weaners which the cross provides gives us a good head start when the time comes to sell them, as they gain weight and fat cover rapidly," he said.

Mr McLauchlan said their bulls were put in the paddock with close to 250 heifers joined in October each year for three months, pregnancy tested in February, and emptied, with the steer and cull heifer progeny fattened and sold to Teys Beenleigh for the EU market and Teys' Grasslands brand.

"The rest of the breeders are joined in November, so we'll usually have the bulls out in the paddock until May or June depending on the season."

Steers are sold at 300-420kg dressed, while cull heifers are sold at 260-360kg dressed. They're refining their breeding program to ensure they're producing highly fertile females and progeny with good growth rates, so they can continue getting good prices.

The story Herefords Australia - Black baldy progeny pile on the kilos first appeared on The Land.