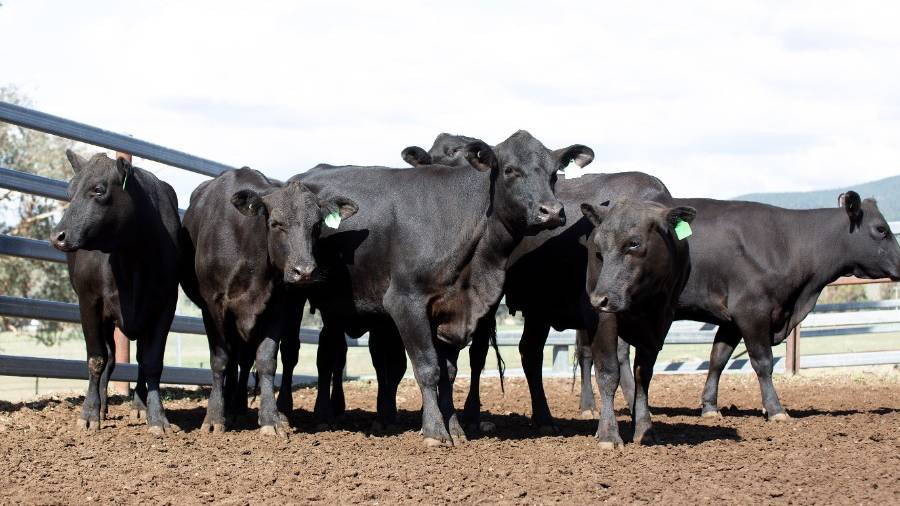 Some of the PTIC cows that were sold during the Hazeldean Senegus Dispersal sale online last Wednesday. Picture: AuctionsPlus

Northern beef producers were among the bulk buyers.

After almost 20 years of breeding the Litchfield family, Hazeldean, Cooma, dispersed their Senegus herd during an AuctionsPlus sale last Wednesday.

Offering pregnancy tested in calf heifers and cows, weaned heifers and weaned bulls, 231 of 290 head were sold for a 79 per cent clearance and $1281 average.

At least 123 of the 144 PTIC cows sold for a $1298 average and top of $1450/head three times to the Godfrey family and also Chris Greenwood, Morganbury Pastoral, Atherton Tablelands, Queensland.

The weaned cattle were in high demand. All 37 heifers sold to average $556 and top at $670 to the Fosdick family while all 19 weaned bulls sold to Alison Maynard, Maynard Cattle Company, Jambin, Qld, to average $1700 and top at $1800/head.

An offering of 38 older PTIC cows up to nine years of age failed to sell.

The $1925/hd top price offering of the sale, a pen of 10 head of 20 to 21-month-old heifers weighing 458 kilograms and in calf to a high marbling Angus bull, were secured by Rodney and Susie Minett, Eagle Ridge Senepols, Wingham.

The couple run a Senepol herd but had been impressed by the performance of Senegus/Angus cows they had crossed before and wanted to expand their herd of 40 females.

They are building towards targeting the feeder and smaller domestic market but also partner with the Chatham High School, breeding animals for carcase competitions.

"We just thought the years and breeding behind those heifers, you couldn't replace them," Mr Minett said.

"It was bit of a once in a lifetime opportunity.

"We paid a bit more than we thought they would bring but we weren't disappointed." 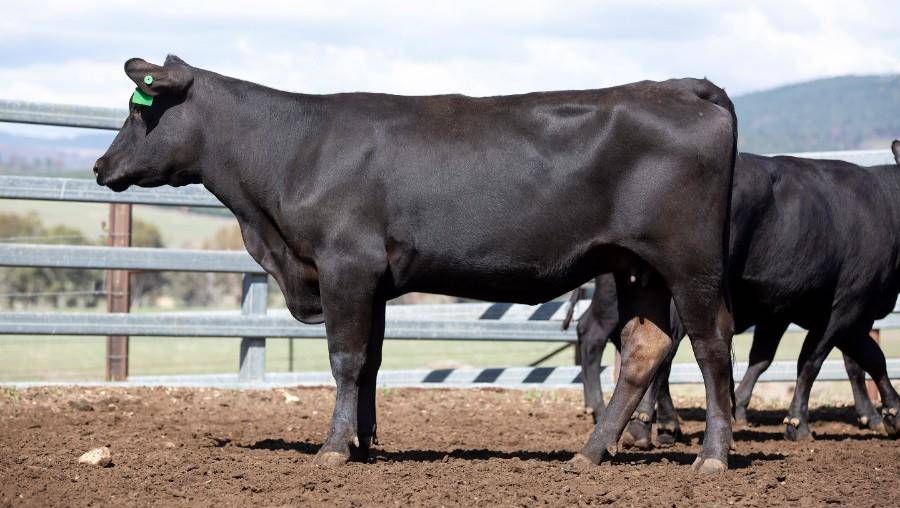 A PTIC female that was sold in the auction. Picture: AuctionsPlus

Up until now Morganbury Pastoral had been running Brangus bulls over Bos Indicus type females but saw the dispersal sale as their opportunity to transition into Senegus genetics.

He secured 78 PTIC cows from 31 to 45 months of age averaging 466 kilograms evening out at $1325. They will now head to their Charters Towers property in Queensland.

"We bought five Senegus bulls at their Rockhampton sale last year and we were pretty impressed with the bulls and I think that everything that Jim Litchfield and his team have put their mind to, they do a pretty good job," he said.

"I do think these genetics are pretty unique, a unique opportunity to put ourselves in a position where, given it hasn't worked for Jim, doesn't mean it wont work for us.

"We are going to use them to try and generate our own seedstock."

They will continue to use Senepol or other tropically adapted Bos Taurus breeds over Angus cows, and even resort to sexed semen technology, to produce F1 bulls, but will no longer run a stand alone Senegus herd.

Stud principal Jim Litchfield was pleased with the results but said it was sad to see the culmination of some valuable genetics.

"The Senegus herd has been mainly based on the same lines as our Angus herd," he said.

"They were good fertile productive cows, it was a shame to sell them but we decided on the reason."

The sale was conducted through AuctionsPlus with Steve Ridley, Elders, Goulburn.

The story Buyers snap up Hazeldean herd at dispersal sale first appeared on The Land.