BUYERS snapped up quality lines of cattle at the annual Toogoolawah Weaner Sale. 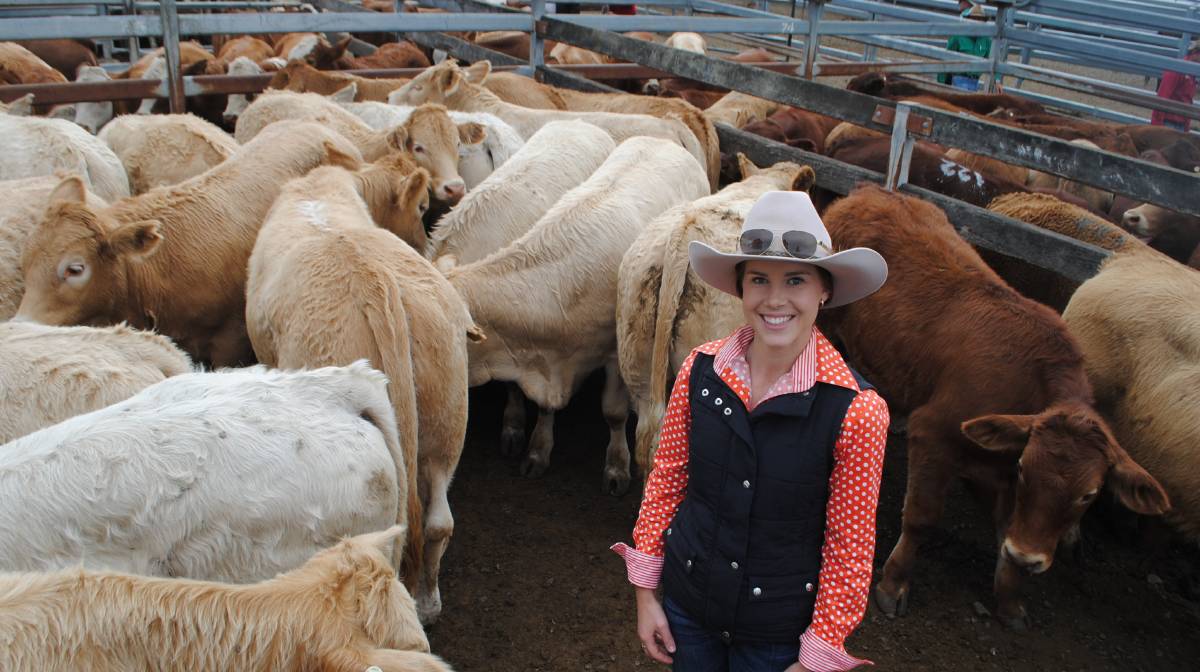 +12
Buyers flocked to Toogoolawah Weaner Sale, which reached a top of $1020/hd.

BUYERS snapped up quality lines of cattle at the annual Toogoolawah Weaner Sale.

The predominantly Charolais cross-yarding of 5890 weaners was drawn from across the south east corner, with cattle coming from locations including Maryborough, Nanango, Toogoolawah and Linville.

Of the yarding, 3900 were scratched clean of ticks and ready to go immediately after the sale.

A strong contingent of Victorian buyers helped to drive the sale, which saw steers top at $1020 and heifers top at $830. Some 700 cattle will be trucked to Victoria, with other buyers coming from across Queensland with 500 head going to Taroom, 300 to Warwick, 300 to Central Queensland and more than 700 to the Burnett region.

Winning the champion pen of steers were Tony and Michele Perrett, Tye, Kilkivan, with it then selling for $970/head to former Governor General Bill Hayden, Lake Wivenhoe.

The Perretts also won the best pen of 10 or more steers suitable for export finishing.

Daughter Steph Perrett accepted the awards for the family and was there to see another pen of steers sell for the top price of $1020/hd, also to Bill Hayden.

Ms Perrett said they use Kilkenny Charolais bulls to sire their Charolais-cross weaners.

"We're very happy with the price they made today," she said.

"I think it was a bit hard to know what they were going make given the market.

"They've had a nice little bit of green pick to finish them all off and get them to this weight."

Meanwhile the champion pen of heifers was won by the Brown family, Lyndhurst Station, Anduramba and manager Russell Fogg and went on to sell for $740/hd to Peter McDonald, Kingaroy.

The family cross Brahman cows with Hereford bulls and then use cross the resulting females with a Charolais bull. All of the progeny from that cross are then sold as weaners.

Trish Carter and Catherine Gaulton, the daughters of the late Ken Brown, were there representing the family.

"Our father would be extremely happy with the outcome if he was here, especially in a tough season," Ms Gaulton said.

"The breeding of the cattle was something that he started, with the three-way cross."

Tom Crowley, Buaraba, Esk had the top-priced heifers, fetching $830/hd for pen of 10 of his Charbray weaners out of Brahman cross cows by pure Charolais bulls.

The pen was bought by Brisbane Valley Protein.

Mr Crowley sold 20 steers and 30 heifers on the day.

"With the current market I pretty much realised what I was expecting," he said.

The sale kicked off at 9am, with agents selling straight through until after 3pm.

Shepherdson and Boyd agent Vince O'Brien said they were pretty happy with the results of the day.

"It has been a tough time in the market," he said.

"There has been some rain but not enough.

"People aren't sure what way to go and the first frost will be here soon but I believe it's probably been the quality that has brought the buyers out."