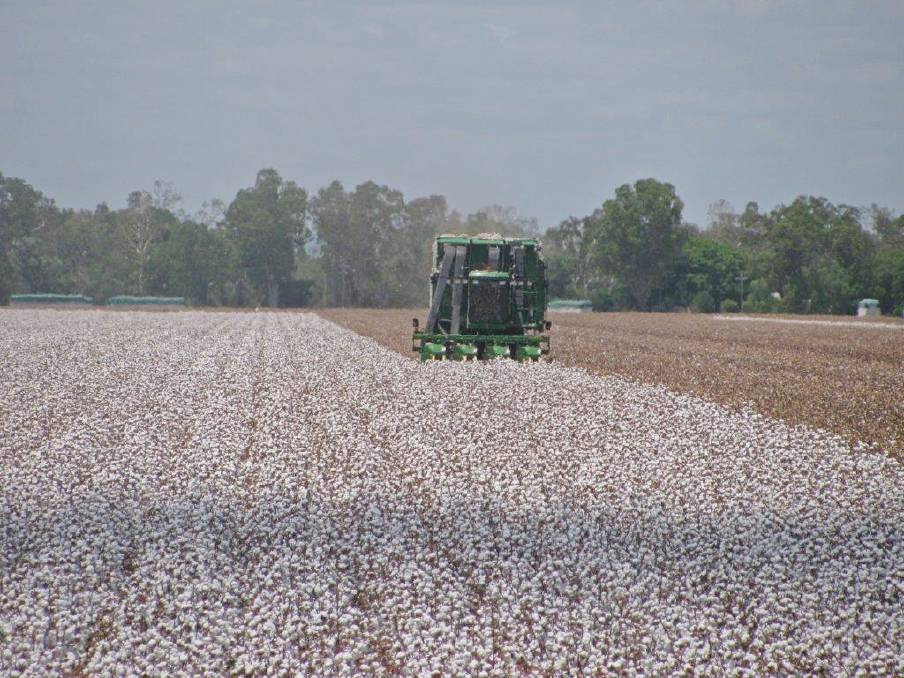 It may have been a dismal summer, but some cotton growers are saying they enjoyed a perfect growing season.

"The dry start to 2019 really favoured the picking conditions in the regions and apart from a few stray storms, most picking was not hindered by monsoonal weather events," he said.

"In the Dawson Valley around Theodore, Biloela and Moura, there have been some outstanding yield results recorded."

Mr Lee said there were still some areas of late crop in the regions, which are currently growing well.

"There's not as much late crop as there has been the last couple of seasons due to the water and the season," Mr Lee said.

"Overall, it has been a good season for early-planted crops."

Biloela grower Raymond Wilkie said he'd had a perfect season for a change.

He grew 165 hectares of irrigated Sicot 714B3F, planted on August 25 and picked mid-February.

"We did six in-crop waters and we might have had 50mm of in-crop rain if it was lucky," Mr Wilkie said.

"It was a pretty dismal summer.

"It was a bit warm and it was dry which was terrible for everything else, but because we had dry weather and cloudless days, it was perfect weather.

"It held onto all its fruit, so it was just perfect cotton-growing conditions."

Mr Wilkie said he was hoping to yield anything close to 12.5 bales per hectare.

"I would have been happy with that, but the best paddock did 14 bales per hectare which is unreal," he said.

This is the second time Mr Wilkie has grown 714 since Bollgard 3 was released three years ago and said it yielded well above average.

"I'm really happy with the way that variety performs; especially on the paddock that yielded the best, it seemed to really favour that variety," he said.

Unlike other regions in central Queensland, which were on restricted water allocations this season, Mr Wilkie enjoyed 100 per cent allocation from the Callide Dam.

"That (165ha) is basically our maximum area and we've been growing that area for the last nine years, since the Callide Dam's had water in it and we've had access to the water," he said.

"Because there's still water in it and they're still releasing, we were able to access our full allocation."