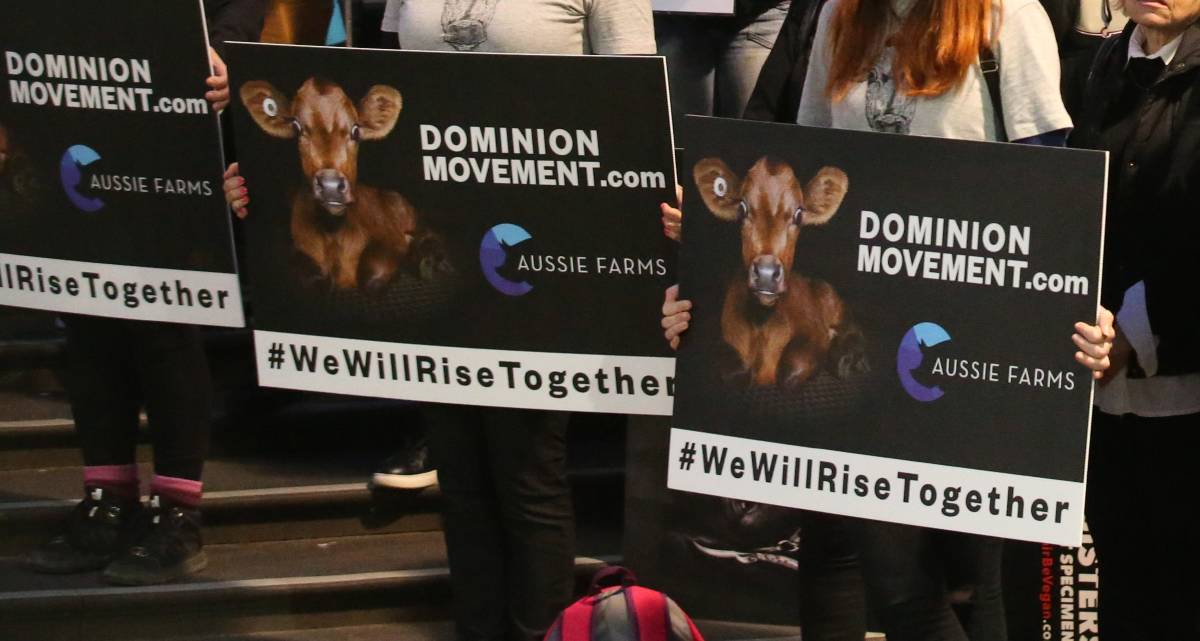 Vegan protests have been held across the country today. Photo:AAP.

No further protests are expected to happen in Queensland today, police say.

Warwick Acting Inspector Jamie Deacon said following the incident at the Carey Brothers abattoir at Yangan, which saw vegan activists negotiate to take three sheep from the facility, organisers told police there would be no further action today.

"We have had general reports that there might be some activists in different areas, but when police have arrived there has not been anyone there," he said.

"The organisers, that we have had some contact with, have assured us there is no further organised action planned for today.

"There were 120 or more people involved, while there may still be some around, we understand the bulk of them have travelled back to Brisbane."

After leaving Carey Brothers abattoir, protesters stopped along the side of the road outside a Freestone dairy, but left the site without trespassing onto private land.

Inspector Deacon said a farmer observed a group of cars pulled up on the roadside.

"There was a beast outside of fencing and people on the road, who seem to have stopped while travelling back to Brisbane," he said.

Inspector Deacon said Carey Brothers have not lodged a complaint with police over today's protest.

"There has been peaceful negotiation between them without police intervention," he said.

"Police were present for some of that but not directly involved.

"From the agricultural side Carey Brothers were calm and also very professional.

"At this point in time there has been no enforcement action taken."