Processing facilities across the nation have been targeted by animal rights activists. 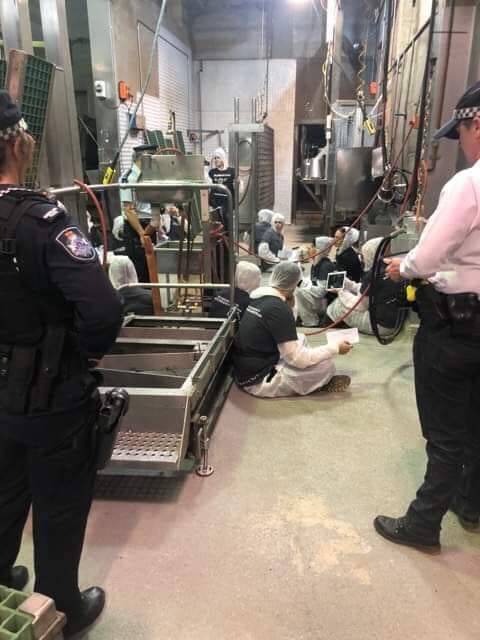 Carey Brothers abattoir at Yangan is the latest processing facility to be targeted by animal rights activists.

It is one location in a series of coordinated protests taking part across the nation to mark the one-year anniversary of the animal rights documentary, Dominion.

In the dead of night activists gathered at the Albion Peace Centre, Windsor, before travelling in convoy along the Cunningham Highway to the facility, 20 kilometres east of Warwick.

Queensland Police confirmed they were called to the abattoir at 3.30am and 100 activists were protesting outside the facility.

A further 20 activists entered the building and chained themselves to the kill floor.

The activists negotiated with management at the facility, saying they would leave peacefully if three sheep were released.

It is understood the correct paperwork was carried out and the sheep were safely transported in the back of a Nissan vehicle.

A spokesperson from Queensland Police said there were no charges or arrests.

The protesters left the facility at 5.30am and are understood to be heading back to Brisbane.

He said new regulations were being drafted to allow police and agriculture department officers to issue protesters with on the spot fines.