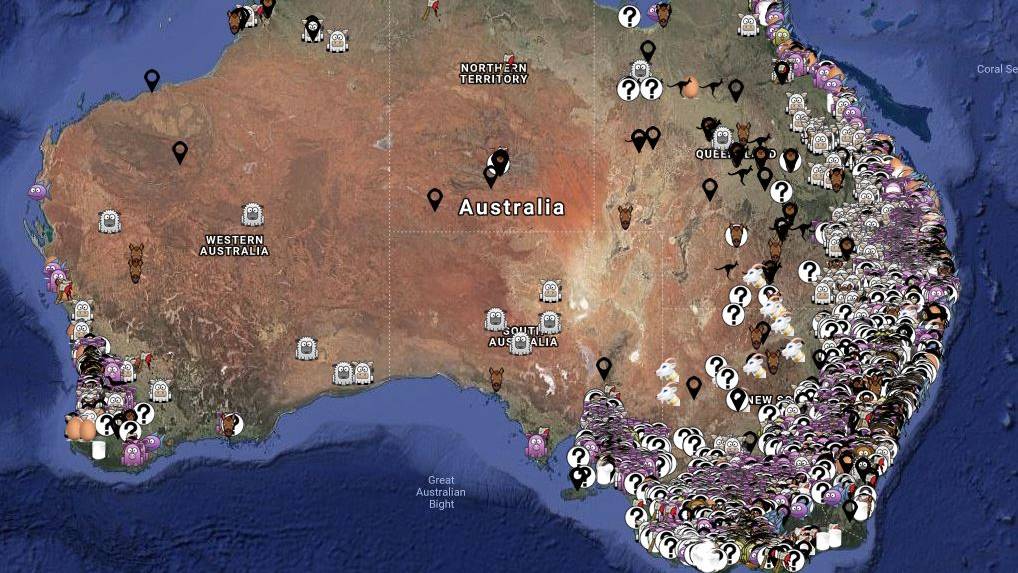 Name-and-shame Aussie Farms website risks fines more than $400,000 due to a new listing under the Privacy Act.

The controversial animal activist Aussie Farms organisation faces fines up to $420,000 following the announcement today the federal government will bring its farm map website under the Privacy Act.

Aussie Farms name-and-shame website publishes an interactive map with the locations of hundreds of rural properties across the country, including livestock farms, meatworks and dairies.

Organisations with less than $3 million annual turnover are exempt, but Attorney General Christian Porter has used his ministerial powers to prescribe Aussie Farms as a listed entity under the Act.

That makes Aussie Farms liable for hefty fines if it misuses private information. The prescription under the Act is effective from Saturday.

Agriculture Minister said Aussie Farms previously refused to remove its website and had brought the more onerous regulation. He suggested it had published information on farm locations and activities which were used by activists in breach of the Act.

"The fact Aussie Farms refused to take the website down when invasions began happening on farms displayed on their map shows they intend for it to be used as an attack map for activists," Mr Littleproud said.

"Aussie Farms will now be required to comply with the Privacy Act, which includes laws against the misuse of personal information."

Speaking in Brisbane today, Mr Littleproud called for Australians to boycott animal activists groups and the RSPCA, while reiterated his call to state governments to beef up trespass laws with tougher and police action.

Some information comes from publicly-available sources such as business listings, and some photos are captured legally from public land, roadsides and so on.

Other information is legally more dubious, including photos of private dwellings and of livestock facilities which appear to have come from unauthorised entry to private premises.

The Aussie Farms group states its goal is "fighting to end commercialised animal abuse and exploitation through public education about modern farming and slaughtering practices".

"By breaking down this secrecy and making it easier for consumers to see the truth about what their purchases support, the commercialised abuse and exploitation of animals will slowly but surely come to an end," the manifesto says.

Earlier this week stakeholder groups warned farmers, as news filtered through of a 'major animal activist event' set to be staged by Aussie Farms on Monday April 8.

News of the proposed action alarmed many farmers, having come after a string of farm trespass incidents in several states in recent months.

Last month, more than a hundred animal activists entered a feedlot in southern Queensland and took images and footage before being asked to leave by police.

This publication launched the #protectourfarms campaign in January, calling on governments to grant stronger protections from extreme activists in the wake of the social media storm around the release of farmers' personal details on the anti-farming website, Aussie Farms.

Join our campaign and protect our farmers

The campaign is calling on the government to revoke the charity status of Aussie Farms, strengthen farmers' privacy protections and increase penalties for trespass.