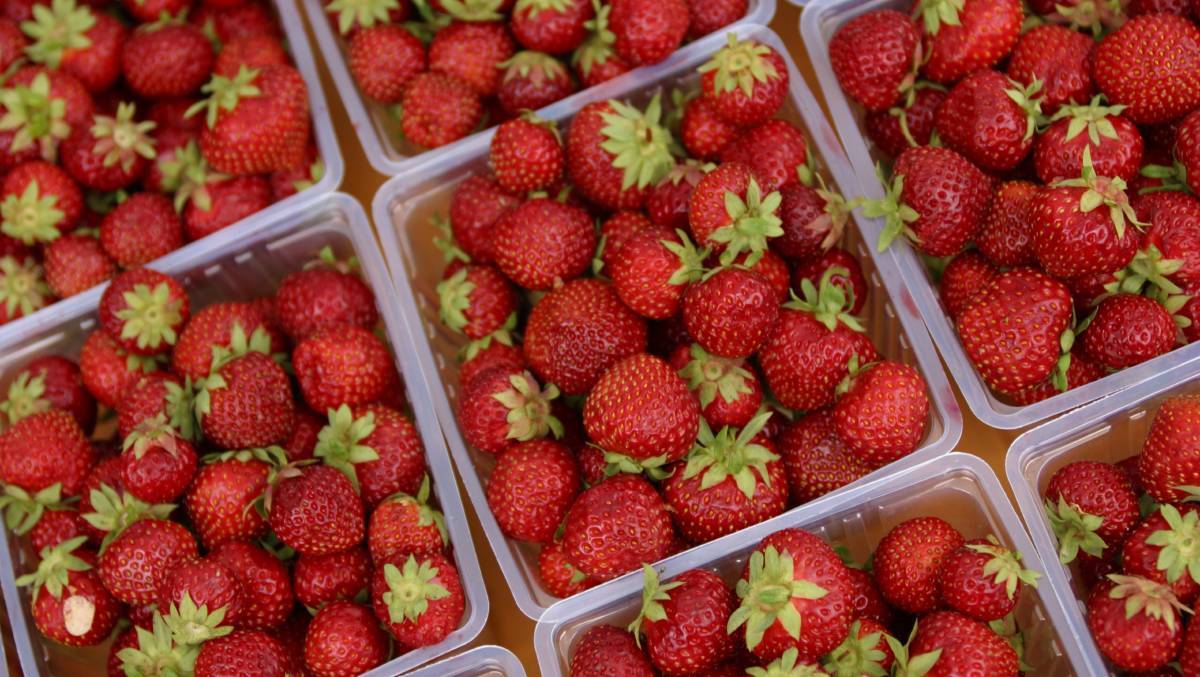 The government is urging the public to buy Queensland strawberries this winter.

The strawberry industry has taken a $12 million hit after last year's contamination scandal, but is starting to recover, Agriculture Minister Mark Furner has said.

Speaking outside parliament today, Mr Furner said the farm gate value of the Queensland strawberry industry was forecast to be $148 million for 2018-19, down 8 per cent from the Department of Agriculture and Fisheries final estimate of $160 million for 2017-18 and 14 per cent lower than the average for the past five years.

"Despite that being down 8pc on last year, it's great that we have captured the market," he said.

"42 per cent of strawberries throughout the nation come from Queensland.

"As we enter the winter crop season, no doubt people will be wanting to enjoy Queensland strawberries."

Mr Furner said he urged people to eat Queensland strawberries to help support farmers on the back of last year's needle incidents.

"The damage was significant," he said.

"To some extent it was good that it was toward the end of the season last year with only two or three weeks left to go last year."

Mr Furner said the government had provided a $1 million support package to strawberry growers, with a $600,000 consumer confidence marketing campaign with the Queensland Strawberry Growers Association due to be rolled out shortly.

"There's very little growers that were covered by any form of insurance," he said.

"Many of those growers have supported the industry by putting in detection and certainly that's a positive step forward because a lot of concern was about needle contamination, iron contamination, so they have actually brought in scanners themselves and made proactive moves as an industry to make sure they've providing the best and safest produce throughout the nation."

Mr Furner said it would take some time for the strawberry industry to fully recover.

"Some growers have dropped out of the market as I understand," he said.

"There are challenges in respect of getting the runners.

" A lot of the runners were initially coming from the likes of Stanthorpe, that's your summer market so we're actually seeing the runners come up from Victoria for this particular season.

"There's an ample supply of good quality strawberries on the future market."

South East Queensland has traditionally supplied most of Australia's winter strawberry production for Australia, while some summer production has also been supplied from the Stanthorpe region in more recent times.