Lyle and Helen Kent, who have been travelling through outback Australia selling their wares for almost 30 years.

​Lyle Kent has a short and sweet answer when asked why he and wife Helen spend months on unforgiving outback roads year in, year out.

"When I was young I worked on some properties, and that's where I first got interested in leather work," he says.

"Since then I've always had a yearning to be back out in the country. I just love cattle stations."

Although they meet thousands of people on their travels, Lyle says the vast outback still feels like one big community.

"We cover a huge area, but it's really just a big network out here. The way people circulate out here, it's a different world." 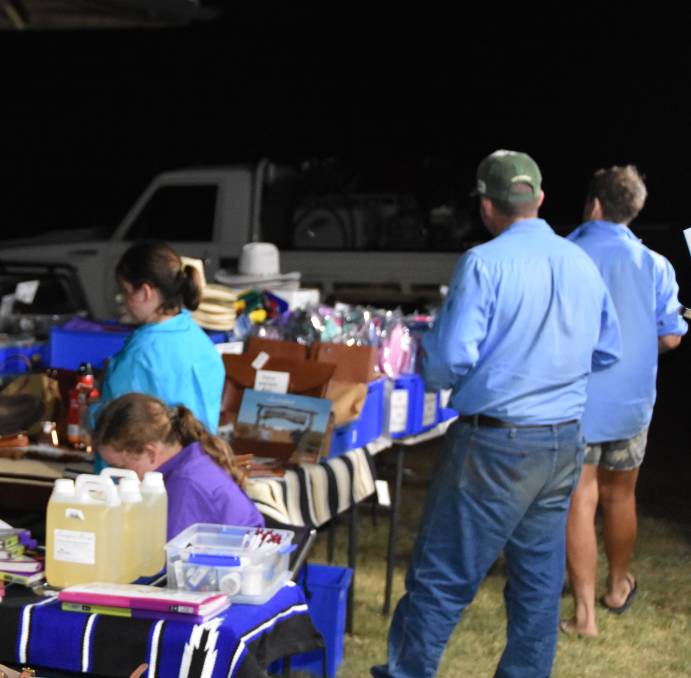 When the Kent Saddlery sets up its travelling shop at Isis Downs, the first thing most staff pick up are the well-thumbed yearbooks of station photos.

Helen Kent says husband Lyle and herself began taking the staff photos for cattle stations about 20 years ago, and it had quickly become a popular tradition.

"It's been almost 20 years since we started doing the station photos, and that's been a big thing for us," Helen says.

Kents eyeing 30 years in the saddle

Helen and Lyle Kent are focusing on the thousands of kilometres lying ahead of them before they get too carried away with the future.

Their travelling Kent Saddlery business is an outback institution, covering thousands of kilometres each year to visit stations in far-flung corners of Queensland, the Northern Territory and Western Australia.

Next year marks the 30th year of their annual odyssey, one of the last remaining vestiges of a time when it was common for travelling hawkers to tour the bush selling their wares.

"This is our 29th year of travel. People keep asking us when our last year might be," says Lyle.

"God willing we are planning to come again next year."

Although some hawkers will still set-up at local rodeos and other events, the travelling Kent Saddlery business is one of the last of a rare breed.

"There used to be a number of people doing what we do," says Lyle.

"But in the last few years we've been the only ones left doing it. Some still go to rodeos and the like, but not to the stations like we do."

Across about five months the couple cover as much as 35,000 kilometres and might stop in at as many as 140 stations.

"It takes us five months. We try to get to a new property every day or two, although some times there's a fair distance between the places," says Lyle.

Last week, at the beginning of their tour, they stopped to see the 11-strong crew at Isis Downs.

"That's not a lot of people when you consider the area.

"People are so hospitable. Any time we have a problem or get bogged, people are coming to help. We get so much support everywhere we travel."

The Kent Saddlery business was established in 1988, when the Kents moved from crop growing into leather work, a long-time fascination of Lyle's.

Every year since 1991 the Kents have made their trip through the outback.

"Then we meet them again on a different cattle station somewhere 20 years later."