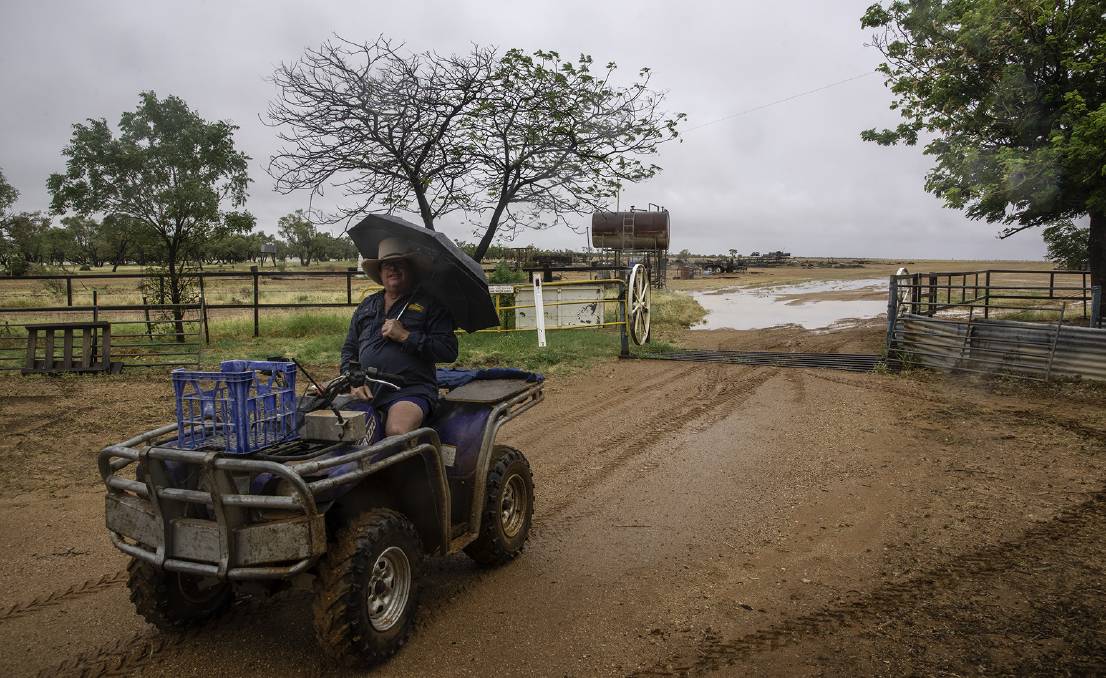 Rick Britton can't wait for the rain to end to see what effect it might have on his grass at Goodwood, Boulia. Picture - Ann Britton.

Western Queensland graziers have begun smiling again as the rain depression from ex-tropical cyclone Trevor has begun living up to its promise.

Western Queensland graziers have begun smiling again as the rain depression from ex-tropical cyclone Trevor has begun living up to its promise, delivering much-needed rain to some parched country.

Beginning on Monday, places in the far west and the south west have been recording falls in excess of 100mm.

Boulia's Rick and Ann Britton recorded 63mm at Goodwood Station while Clare, 10km to the south east had 71mm.

The last time they measured that amount in one fall was March 2012 and Rick said he would have to buy lemons to wipe the smile off his face.

They recorded between 50 and 120mm from the early February rain and Rick said this latest rain would top that off beautifully.

"I can't remember a season like this since I arrived here in 1973, although there have been a few good droughts in between."

On Tuesday morning he said it was still raining so they expected to measure more before the event finished.

"So long as the system keeps moving and doesn't stall it'll be all good."

He had just taken a gamble with the purchase of 1000 cows and calves from north of Jericho, some of which were still in the yards awaiting cross-branding when it began raining.

Good falls have been recorded between Urandangie and Roxborough, including 158mm at Thorner, 24km west of Urandangie.

Part of the 1.214 million hectare Headingly aggregation, manager Neil Thompson said rain had continued through Tuesday morning and they might have had 200mm by lunchtime.

"It started at about five yesterday evening and didn't let up all night," he said.

"This is our biggest rain for two years."

Related: Praying for a Christmas miracle

'Thommo' said Headingly had recorded 60mm and Carrandotta 130mm and locals were expecting the Georgina River to flood.

"We had an inch in January that grew some green pick but it all burnt off.

"Now, with an eight month spell, the feed should grow back well." 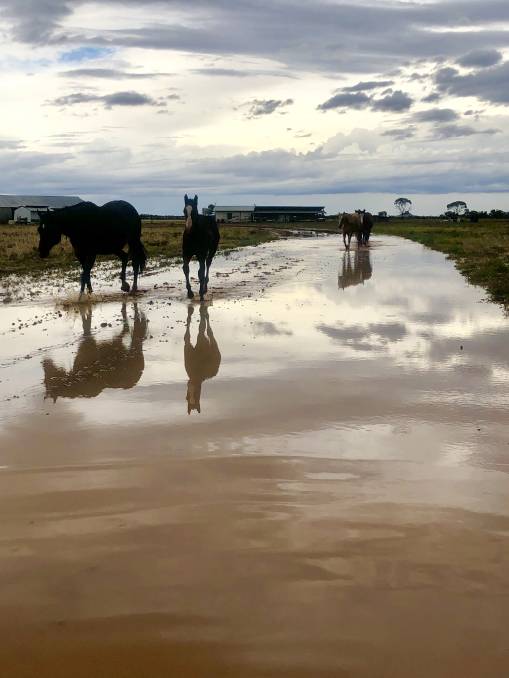 Good falls have been recorded in the Stonehenge area as well, including 97mm at Noonbah.

At Warbreccan, Jason and Ingrid Miller had measured 261mm by Tuesday morning and it was still raining.

"It's insane," Ingrid said. "It started yesterday, not overly heavy. It's not wrecking anything."

The fall is coming on top of 125mm at the start of February and Ingrid said the country was looking a picture.

They expected a lot of run-off to eventually flow into the Thomson River at Stonehenge.

On top of a small fall in early January that grew some herbage, they hope this event might help Mitchell grass re-establish, with a few warm days.

"It's fantastic - the whole system seems to be moving very slowly, which is why we ended up with a lot," Andy said.

"It's more than we got all last year. Any more rain now will just run off - it's not often you get to say that." 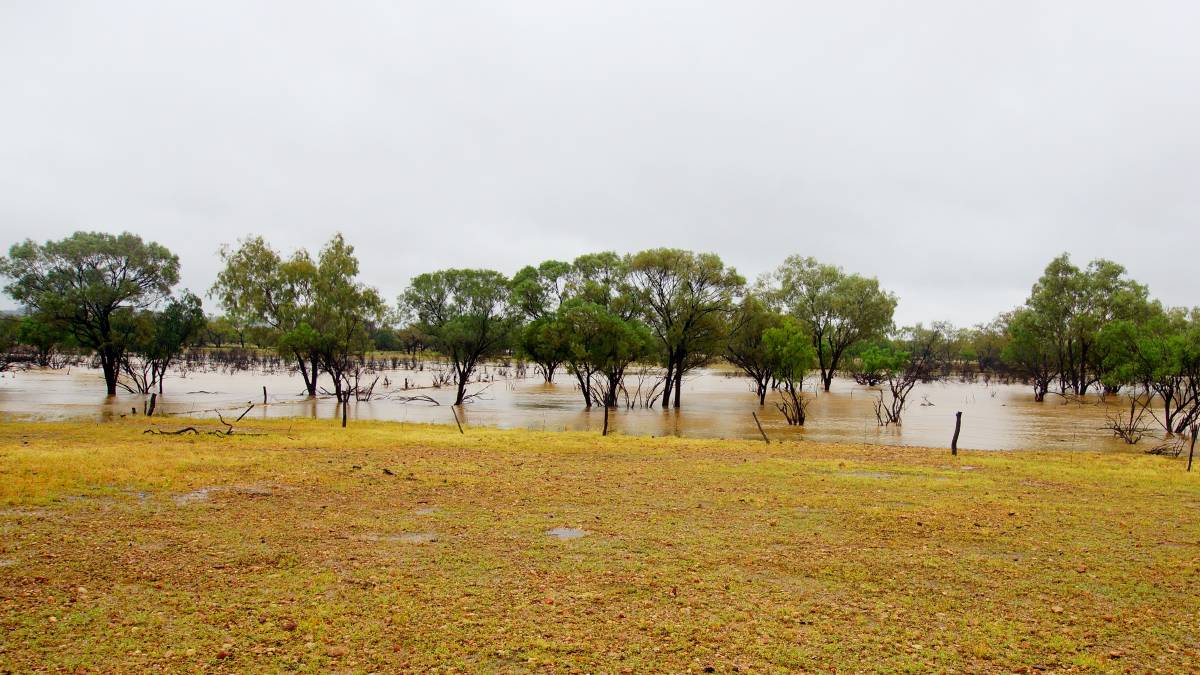 The Bureau of Meteorology said ex-tropical cyclone Trevor was expected to move slowly east-south-east across the interior of Queensland in coming days.

A weak ridge will persist along the east coast of Queensland over the next few days and will combine with ex-tropical cyclone Trevor to draw a very moist, tropical air mass southwards over much of Queensland through the week.

An upper trough is likely to interact with the ex-tropical cyclone, bringing areas of moderate to heavy rainfall across south western Queensland initially and then across parts of the central interior during the week.

There remains some uncertainty regarding the exact movement of the system and therefore where the heaviest rainfall will occur.