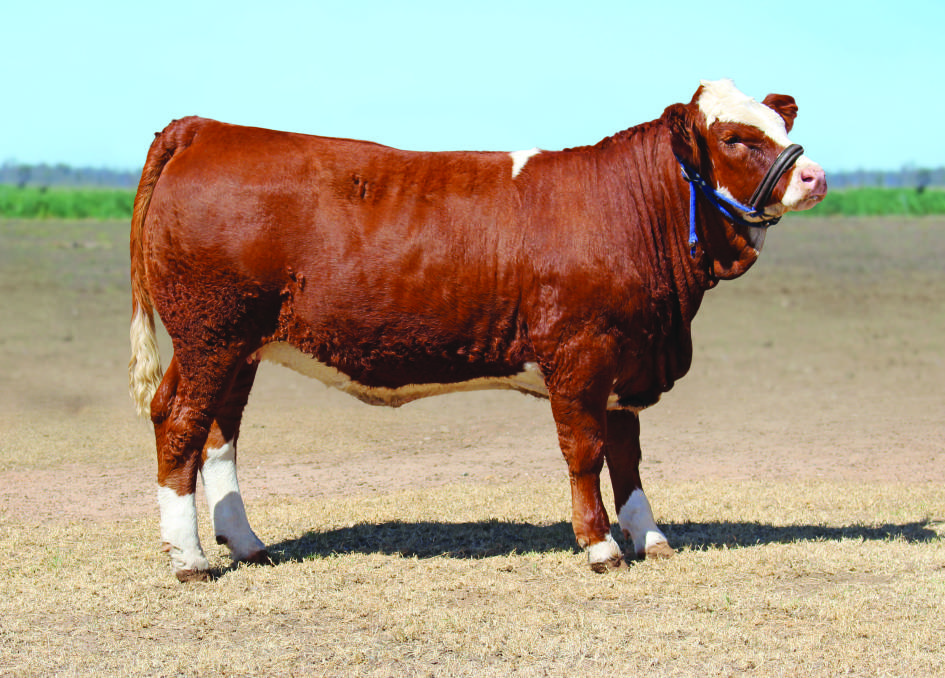 The sale was held to celebrate the 35th year anniversary of the Meldon Park Stud breeding.

Mrs Skene said they have always been very particular when selecting females, and anything not making the grade were put through the feedlot and the rest retained as the stud grew.

"We now find due to the consistency of our herd and as we retain more that 100 stud heifers annually which is more than we can handle so it gives us this sale opportunity," she said.

"Our sale heifers belong to strong cow lines that have produced numerous champion bulls and females at Royal shows and Beef at Rockhampton for years."

Meldon Park Pinot Noir (P) had earlier been described by the Skenes as being just like the wine, full body, smooth, rich colour and balance.

Mr Sciberra said he bought her sight unseen as she caught his eye on social media in the Meldon Park Facebook post.

"We will take collection of her at the Sydney Royal Show but she won't be shown as we will bring her straight home." Mr Scibbera said.

Meldon Park Pinot Noir will be joined to Valley Creek Nadal, who was bought by Mr Scibbera for $9000 in October last year.

"We will bring her back next show season and show her locally and then complete at the Simmental feature breed showing at the Sydney Royal Show," he said.

The top priced joined heifer at $4500 was Meldon Park N 101, by Lucrana General from Meldon Park Cognac, and this magnificent heifer was positive tested in-calf to Woonallee Lampoon (P).

She was selected by Benalla Stud Grazing, Monavale, Hughenden.

Mrs Skene said overall they were very pleased with the sale result, considering both a season.

"We sold females from Hughenden in the north of the state to Rochester in Victoria, which is a good spread of buyers," she said.