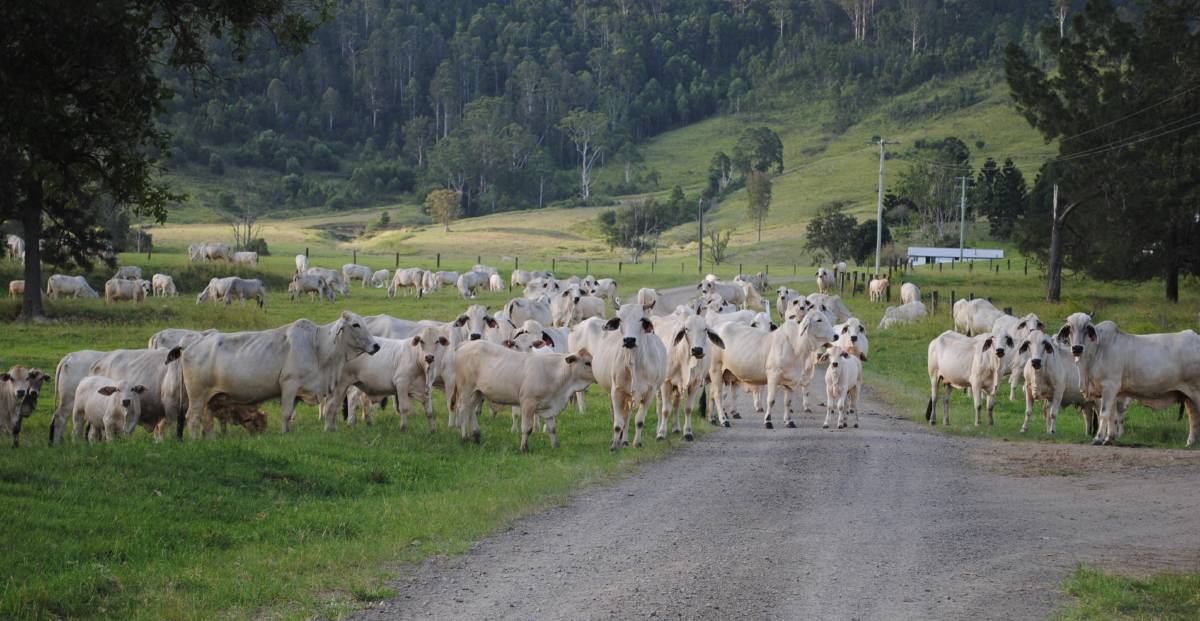 Conondale Station's cattle form a welcome committee at the entrance to the property.

If there's one thing that's obvious talking to Conondale Station's Maree Duncombe, it's how much she loves and is proud of her Brahman breeders.

If there's one thing that's obvious talking to Conondale Station's Maree Duncombe, it's how much she loves and is proud of her Brahman breeders.

Emblazoned with her signature M brand, the Conondale Station herd is made up of about 300 cows and calves and 200 dry cattle.

After the death of her father Peter from cancer 10 years ago, Ms Duncombe, now 37, took up the reins of the 930ha cattle station, nestled in the verdant Sunshine Coast hinterland near Maleny.

Initially following her father's legacy of buying steers to grow bullocks, Ms Duncombe dreamt of having a good line of breeders and began focusing on female cattle after a few years.

And while her cattle have won numerous ribbons at annual weaner sales and in the prime cattle section at the Gympie Show, that's not how Ms Duncombe measures her success, instead getting a buzz from feedback from buyers who take on her breeders.

"It's great when I actually drive past people who I know have bought my females and then they've got their own babies on them," she said.

"It brings a tear to my eye actually, it makes me so proud that they love them as much as I do and they're 100 per cent happy with them." 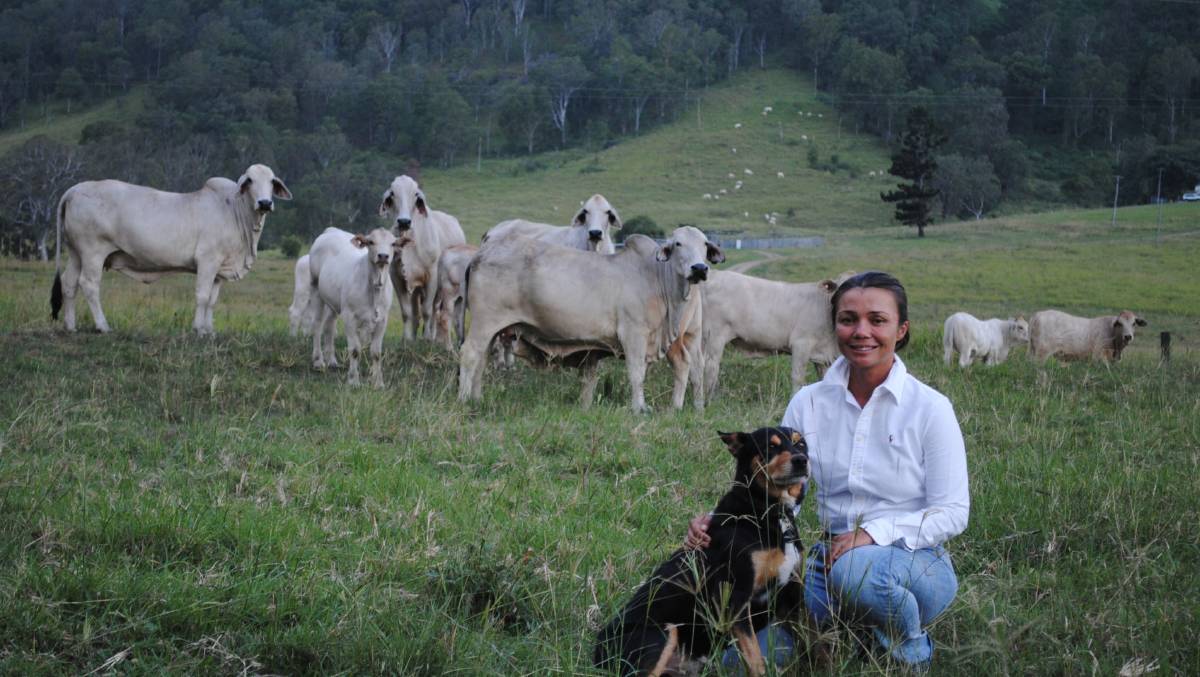 A QUALITY HERD: Maree Duncombe of Conondale Station on the Sunshine Coast hinterland with her herd of Brahman and Charbray cattle and her faithful Kelpie, Louis.

All the females on the property are grey Brahmans. Charolais bulls are used to breed Charbray weaners that sell well at the Gympie and Woolooga saleyards but Ms Duncombe also uses Brahman bulls to sire replacement Brahman breeders.

The best of the current lot of calves will be sold at the Gympie Weaner Sale in April, while others will be weaned on farm to be sold 12 months to two years afterwards.

Ms Duncombe said Brahmans have always been her favourite breed and their tick-resistance was important in the Sunshine Coast region, where ticks are prevalent.

It brings a tear to my eye actually, it makes me so proud that they love them as much as I do and they're 100 per cent happy with them - Maree Duncombe

"As long as you put the right Charolais bulls over a Brahman female... they really put the weight into the weaners," she said.

Ms Duncombe said Brahmans sometimes had a reputation of being wilder cattle but she has found sucess with her self-taught method of handling them with pressure and release.

Careful attention to her first calf heifers is also a key part of Ms Duncombe's strategy, with her focusing on getting her whole herd to calve before December, preferring the winter months.

"If she has that baby calf on a frosty morning and then as that calf grows, come the spring hopefully we get that spring rain and then she'll cycle and she'll go back into calf," she said.

"I check my heifers probably three times a day... I just want the best for my cattle and I feel it is my responsibility." 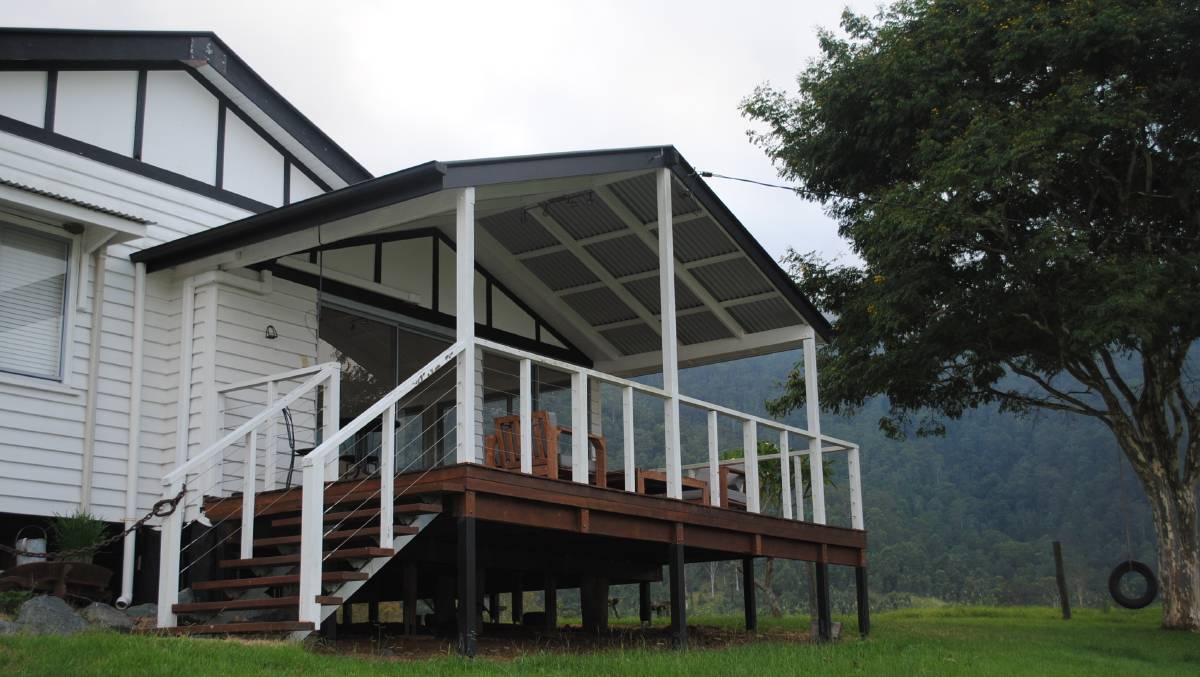 The cottage on Conondale Station offers bed and breakfast guests views of the lush paddocks.

B'n'B great for the bottom line

If the bed and breakfast on Conondale Station feels like home, that's because it was owner Maree Duncombe's very own up until recent years, lovingly renovated and decorated with a sense of country style.

After the sudden death of Ms Duncombe's mother Nora in 2015, she moved out of her cottage and into the main homestead.

Gradually the idea of using the cottage for a bed and breakfast was born, driven by the Sunshine Coast's flourishing tourist market.

Ms Duncombe opened the business in December 2017 and the cottage, with its private location and stunning view, has never had a vacant weekend since. Bookings are often made well in advance, with her recently fielding inquiries for April 2020.

"I was really worried that it wouldn't work but it just got busier and busier," she said.

"It's been great for cash flow."

The cottage has attracted a steady stream of guests, including 2016 The Block winners Will and Karlie, who Ms Duncombe said found meeting the poddy calves a particular highlight.

"Everyone says they love it," Ms Duncombe said.

"Probably about 95 per cent of the guests are from Brisbane and just live a very busy, city lifestyle and want to get away for peace and quiet. The busiest time is winter time because everyone wants to escape to the country during the winter time and have the fireplace on." The view from the cottage on Conondale Station.